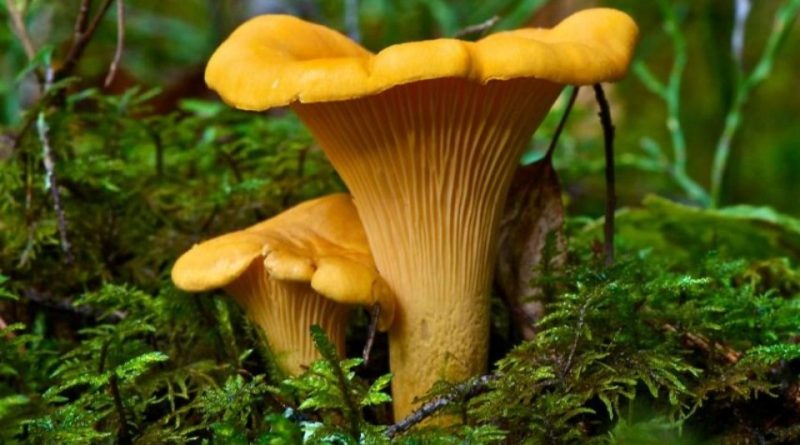 Systematics –
From the systematic point of view it belongs to the Eukaryota Domain, Kingdom Fungi, Basidiomycota Division, Class Agaricomycetes, Cantharellales Order, Family Cantharellaceae and therefore to the Genus Cantharellus and to the C. cibarius Species.

Etymology –
The generic term derives from the diminutive of cántharus cup, cup and this comes in turn from the Greek: κάνθᾰρος kántharos, cup with two handles: that is, similar to a small cup, due to the shape of the carpophore. The specific epithet comes from the Latin cibus food: food related, edible. They are synonymous: Cantharellus rufipes Gill., Cantharellus vulgaris Gray. and Cantharellus pallens Pilát.

Geographic Distribution and Habitat –
Cantharellus cibarius is a very common and sought after fungus that grows both in coniferous and broad-leaved woods, from sea level up to 2000 meters in height in numerous specimens arranged in circles or groups in the mossy soil. It grows from May to November and is a symbiotic mushroom of many plants and linked to particular acidity conditions of the soil. 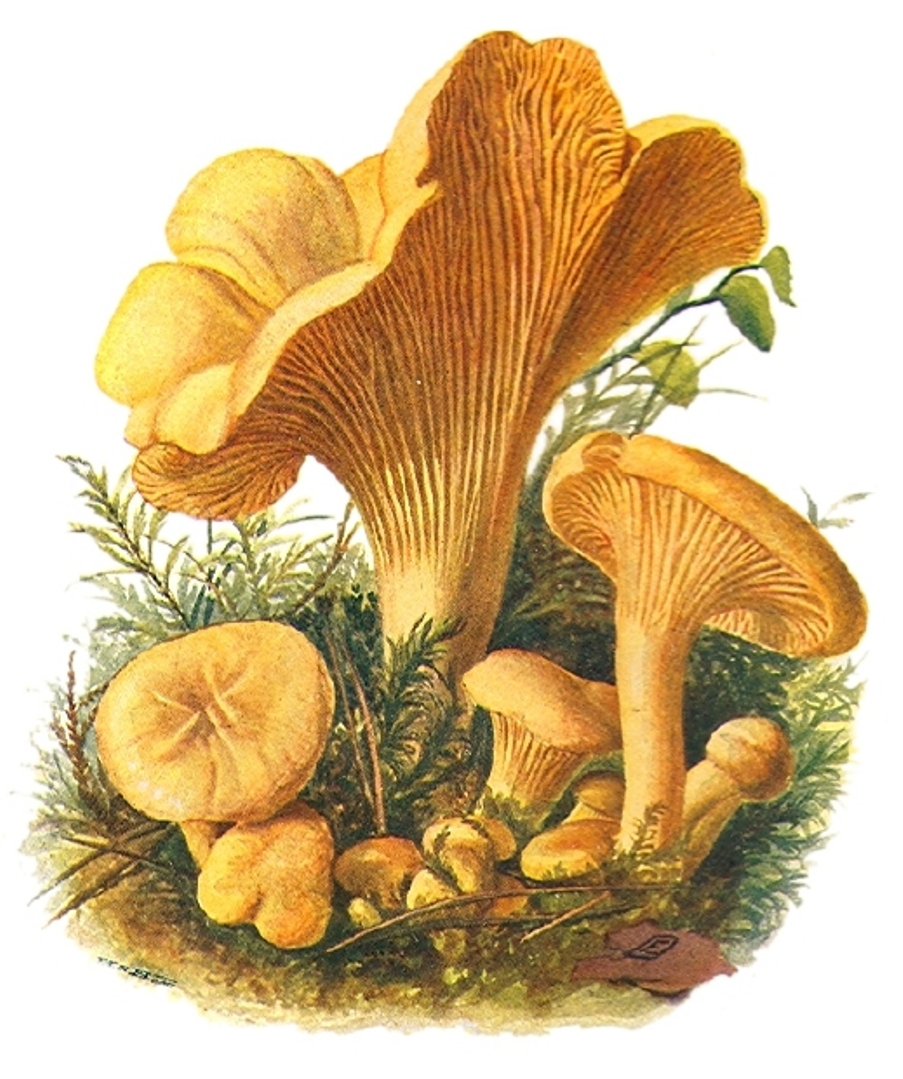 Description –
Cantharellus cibarius stands out for having a small, very irregular, wavy hat; first convex, then flat and endowed, with a directed, smooth, pruinose edge with an orange-yellow to golden-yellow color. The hymenium is characterized by having large folds (pseudolamelle), distant, warty, decorrent on the stem, dicotome and often anastomized to each other, with a more intense yellow-orange coloring of the hat. The stem is the same color as the hat, stocky, thinned at the base and sometimes very short. The flesh is firm, white, fibrous, of a “velvety” consistency and yellowish under the cuticle, with a sub-dark raw smell, while it becomes intense and aromatic after cooking and pleasant and with an acro-sweet taste raw, sweet and fruity after cooking. The spores are elliptic, yellowish in mass of 8-10 x 4-7 μm.

Cultivation –
Cantharellus Cibarius is a common fungus, although in recent times (perhaps due to pollution or climate change) it is somewhat rarefied. It is a species that is also cultivated for commercial purposes.

Uses and Traditions –
The finferlo is one of the most appreciated mushrooms on the table, especially for the consistency of its flesh, which are compact and not spongy, and are not subject to the attack of larvae and insects. Another particularity in its favor is that, once collected, the specimens of Cantharellus cibarius, can be safely washed under running water, unlike other mushrooms, taking care to remove the earth under the hat. This fresh mushroom can be kept in the fridge for a few days; or, to keep them for a longer period of time, you can put them in oil or vinegar. It can be used to prepare sauces, with which to season pasta and polenta.

Preparation Mode –
Cantharellus cibarius is characterized by having different varieties referring to shape and color. in some countries they are even preferred to Porcini. It is the easiest digestible fungus, because it is poor in micosin and easy to preserve. Because of their diferibilità, chanterelles can be eaten raw, but they are very tasty sautéed in a pan with butter, or oil and parsley. It can be prepared in many ways and is well suited for preservation, both in vinegar and dried. If dried it is mainly used to season various dishes or other mushrooms; for this reason it is called “mushroom parsley”.