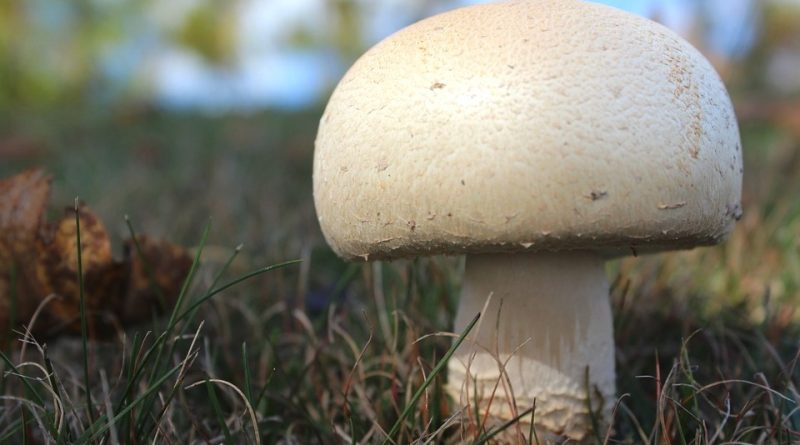 The Main Champetin (Agaricus arvensis Schaeff., 1774) is a fungus of the family of the Agaricaceae, among the most tasty and refined Prataioli mushrooms.

Systematics –
From the systematic point of view it belongs to the Domain Eukaryota, Kingdom Fungi, Division, Basidiomycota, Class Basidiomycetes, Order Agaricales, Family Agaricaceae and then to the Genus Agaricus and to the Species A. arvensis.

Etymology –
The epithet of the genus comes from the Greek αγαρικόν agarikón agaric, fungus of the Agars, because according to the Greek physician, pharmacist and botanist Dioscorides, it was imported from Agaria, the country of the Sarmatians; the specific term comes from arvum field, arid soil: of arid and cultivated fields, for the growth environment.

Geographic Distribution and Habitat –
The Agaricus arvensis grows in autumn or spring, in the grassy clearings of the woods, meadows or pastures and on fertilized soils. It is a fungus present throughout the Italian territory. 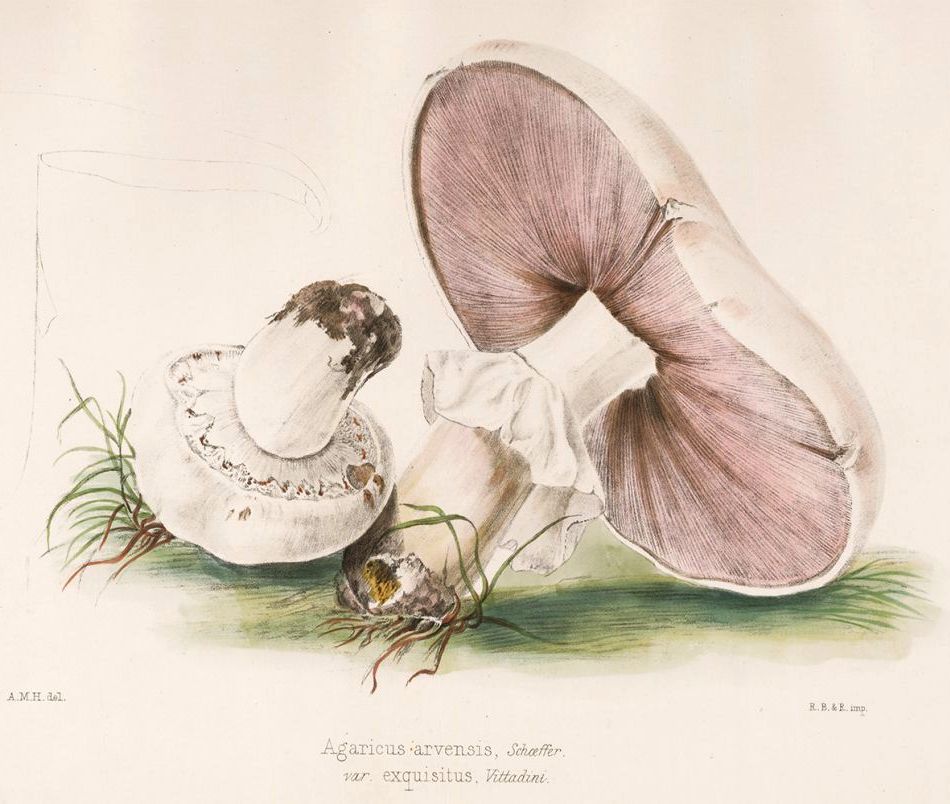 Description –
The main champignon is characterized by a hat up to 20 cm and over, which is initially closed in the shape of an egg and then opens and becomes hemispherical and finally plane-convex; this is fleshy, white, ocher – hazel in the center; first floccose and then smooth and with non-removable cuticle; if rubbed it turns to yellow and with a fluffy edge because of the veil residues. The lamellas are very dense, fragile and free; white in the beginning and then white-dirty, to eventually become brown and blackish because of the dirty. The stem is cylindrical, full and robust, wider at the foot and white in color that turns to yellow to the touch. The ring is white, wide, with a typical toothed wheel, in a high position; it also turns to yellow if manipulated. The meat is firm and white in color and grateful, sweet; with an odor: slightly reminiscent of “fresh bread” or delicate of “anise” or “bitter almonds”; but that increases in intensity if you rub the hat or the lamellae. The spores are cocoa in bulk.

Cultivation –
The Agaricus arvensis is a cultivable fungus even if the major cultivations are destined to other smaller sized mushrooms.

Uses and Traditions –
This prataiolo is one of the most appreciated also for its dimensions that can also be consistent. It is of excellent edibility even if the young specimens are preferable, with the still white lamellae. It should be collected very carefully, especially for the less experienced because it is easily confused with Agaricus xanthodermus (Toxic), which stands out because it is not yellow at the base of the stem (section) and because it smells of anise and not of ink – phenol. The same confusion can be made with the toxic Agaricus and sometimes with Amanita verna, Amanita virosa and Amanita phalloides var. dawn (mortals), but they are distinguished because they possess the volva.

Preparation Mode –
Agaricus arvensis is among the mushrooms that can be cooked and stored in many ways and therefore among the most versatile in the kitchen, both fresh and dried or in oil.