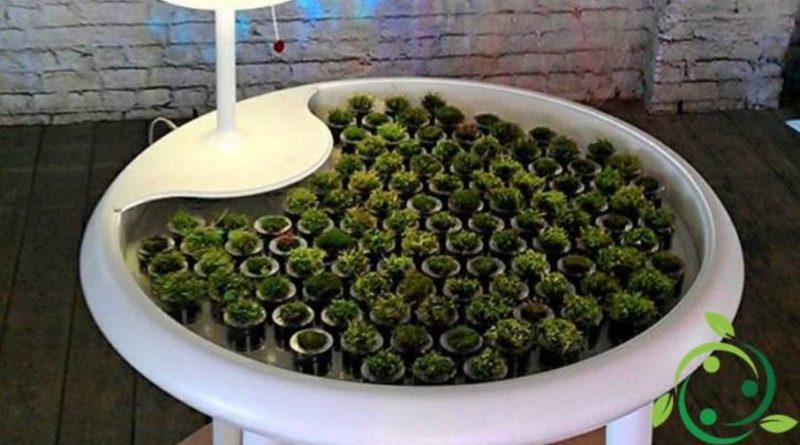 The Moss Talbe is a work plan that allows the production of electricity directly from plants. It is a futuristic project, but already tested, which combines two principles; a biological and a photoelectric; in this way one exploits the ability of the moss to absorb sunlight to perform chlorophyll photosynthesis and, on the other, a combination with a photoelectric system to produce electricity; a real biophotovoltaic. A combined system that connects biological sciences and traditional sciences called, in fact, “Design in Science”; in short, a way to get electricity from plants.
The Moss Table is currently a prototype project: a design table whose surface is completely covered with moss capable of powering a lamp placed on it or other small appliances (such as a PC, a battery charger, a digital clock, etc.). ) thanks to the exploitation of the possibilities offered by biophotovoltaics.

The BPV (BioPhotoVoltaics) technology allows to transform the biochemical energy (photosynthesis) into usable electrical energy (photoelectric). The Moss Table is designed with a series of conducting fibers designed specifically for this purpose. Thus, by exploiting the immense source of chlorophyll photosynthesis, the moss (and in the future more complex plants) turns into a producer of electricity, using directly the energy coming from the sun.
We have thus arrived at the crossing of a new frontier; the union and connection between biology, biochemistry and electronics. The Moss Table, which is currently capable of producing 520J of energy per day (still insufficient for the operation of a computer, which requires 25J per second), however, shows how this road, overcome the normal initial difficulties, is the one that it can open up energetic, biological scenarios of incredible perspective.
A new era has begun in which humanity can begin to create wellbeing by reconnecting to the biological world, without exploiting it but living in symbiosis with it. The road is long but who starts well, as they say, is half the work.