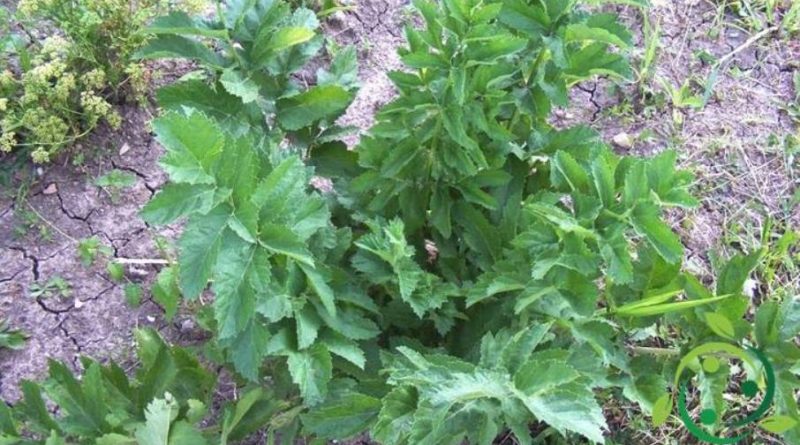 How to grow mountain celery

The lovage or mountain celery (Levisticum officinale W.D.J. Koch, 1824) is a perennial herbaceous species of the Apiaceae family which, in Italy, grows spontaneously between 700 m and 1800 m above sea level in the Alps and the Apennines. It is a plant over 2 m high and up to 1.5 m wide, with erect bearing, erect and vigorous stems, inside wires. It has a fleshy and branched rhizome root with secondary lateral roots that can reach over 30 cm of soil. It has deciduous leaves, alternate and lobed in the apical part, with a serrated edge. The flowers of mountain celery are hermaphrodite, yellow and gathered in umbrella-shaped inflorescences, with flowering from June to August. From these it ripens a fruit that is an achene containing two small seeds of yellow-brown color. The plant is used mainly for the leaves and seeds and to a lesser extent roots and the whole plant, which has a scent similar to celery. In this sheet we see how to grow mountain celery and its environmental and agronomic needs.
It is a plant that although adapting better to temperate climates also develops in environments with harsh winters, managing to withstand temperatures of different degrees below zero. For its growth the best conditions are those in full sun exposure but also here it adapts to grow in partially shaded areas. For the choice of soil type it is best to plant it in loose, deep, fertile and well drained soils; instead avoid the clayey and too compact soils.

Propagation of the lovage or mountain celery can occur by seed, by cuttings and by division of tufts. If you start from seed, sowing should be done at the end of summer, with ripe seeds, directly in the ground or in the seedbed. The seedbed should be prepared with a light substrate, rich in organic substance and frequently irrigated and placed in a bright environment; the transplant must then be carried out during the spring period. If starting from cuttings, one must take a portion of the sprout, to be rooted in a substratum made up of sand and peat in equal parts and transplant in autumn. If you want to propagate by division of the tufts, this operation should be done in the autumn period using small portions of rhizome with at least one node and placing them in dwelling in the open.
As far as fertilization is concerned, we recommend the addition of mature manure with the preparation of the cultivation bed which in the mountain celery takes place in the open field; it should be implanted in rows with distances of 120 – 150 cm and 60-70 cm on the row. For the control of weeds, action is also taken as a function of the cultivated extension; on large extensions we mainly make the weeding between the rows; in the amateur crops it is preferable the mulching with straw or leaves. The mountain celery, in warmer and drier areas should be irrigated taking care to let the soil dry between one shift and another. From the phytosanitary point of view, mountain celery is a very resistant plant but more delicate with radical rot.
As for the harvest: the leaves and shoots are harvested in the spring, before flowering, while the inflorescences are harvested at the end of the summer, beating them later to allow the mature seeds to fall; the roots are instead to be eradicated in the autumn of the third year of cultivation, cleaned, cut into pieces and dried, like other parts of the plant, in an environment sheltered from light, dry, at low temperature and with a good air circulation, so to keep the aroma well. If seeds are not used, the inflorescences are eliminated when they appear so as to allow the plant to have a greater production of leaves.
Mountain celery has diuretic, digestive, antiseptic, sedative and expectorant properties. It is used in the kitchen to garnish, with fresh leaves, salads, cooked vegetables and soups. The seeds are used to flavor meat, fish and bread.