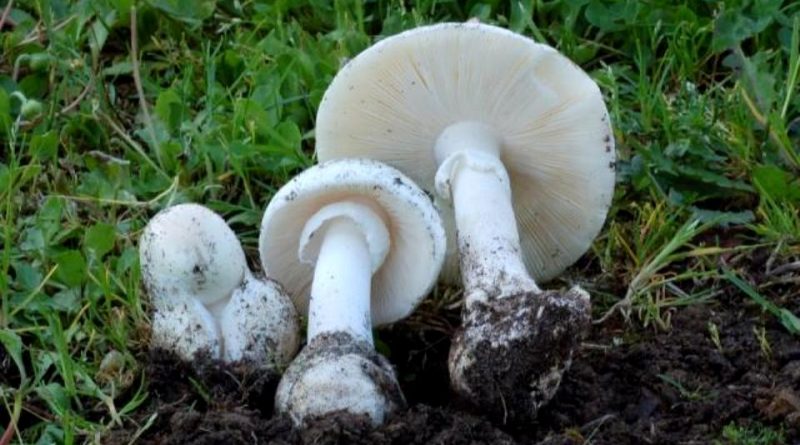 The springy tignosa (Amanita verna (Bull.) Lam., 1783) is a deadly fungus of the family Amanitaceae, which causes many poisonings as it is frequently confused with the common “prataiolo”.

Systematics –
From the systematic point of view it belongs to the Eukaryota Domain, Kingdom Fungi, Basidiomycota Division, Agaricomycotina Subdivision, Class Agaricomycetes, Sottoclasse Agaricomycetidae, Order Agaricales, Family Amanitaceae and then to the Genus Amanita and to the Species A. verna.

Etymology –
The epithet of the genus refers to the name of Mount Amanos of Asian Turkey or from the Greek ἀμᾱνῖται amanítai, appellative given by the ancient Greeks to mushrooms in general; the specific term verna comes from the Latin da ver, véris = spring: referring to the period of appearance, spring. They are now obsolete synonyms: Agaricus bulbosus f. vernus Bull. 1780, Agaricus vernus Bull., Herbier de la France, Amanita virosa Secr., (1833), Venenarius vernus (Bull.).

Geographic Distribution and Habitat –
The Amanita verna grows mainly in broad-leaved woods, especially in calcareous soils; the period of appearance goes from the beginning of spring until the autumn. It is an uncommon species. 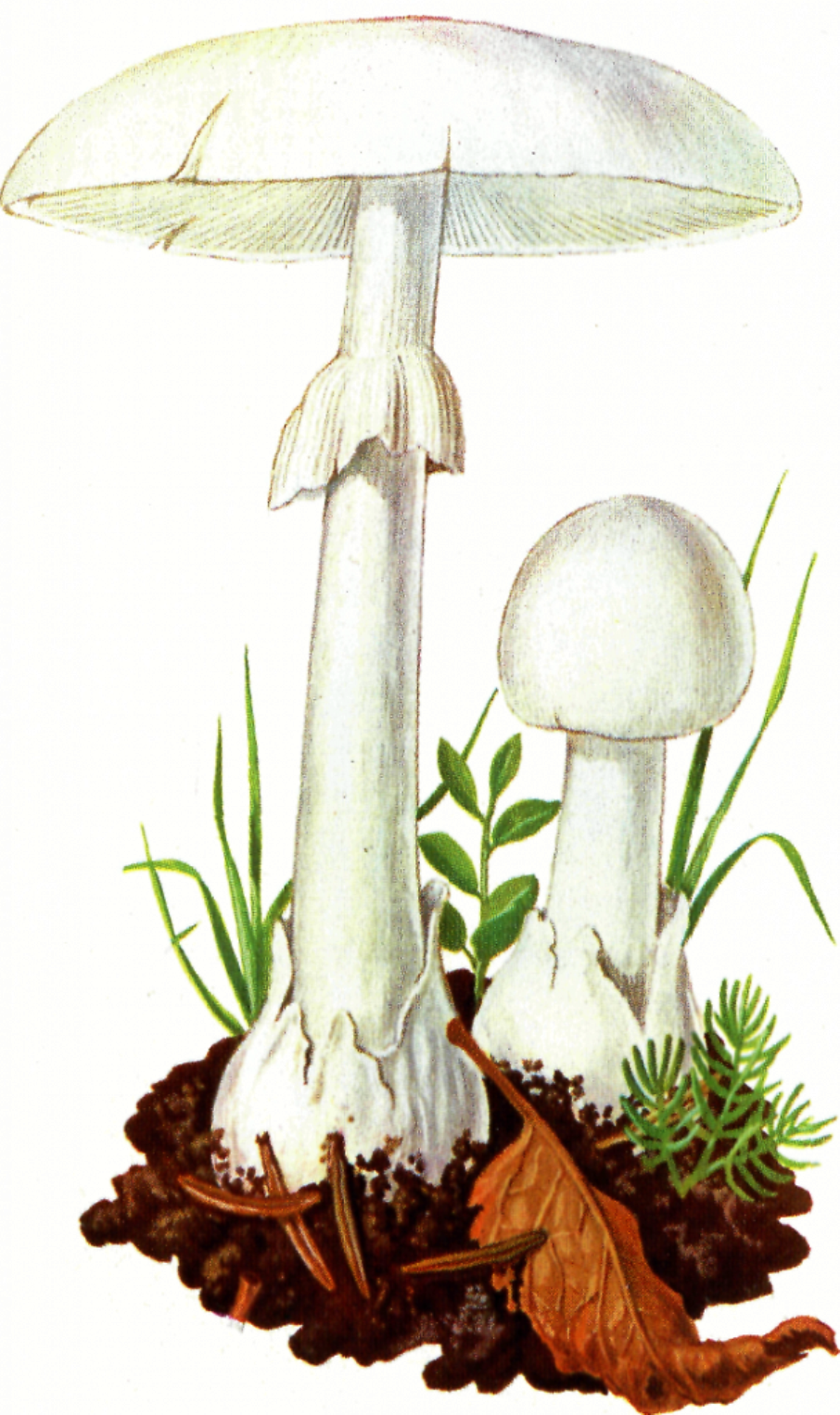 Description –
The Amanita verna is characterized by having a hemispheric cap first and flat at maturity, hairless, viscous with wet weather, white or slightly ochraceous in the center, with thin and non-striated margin and with a diameter that can go from 3 to 8 cm. It has thick lamellae, interspersed with numerous lamellulae, not attached to the stem and those white. The stem has dimensions of 4-10 x 0.6-1.5 cm of diameter, tall, cylindrical, slightly thicker at the base, floury from the ring to the foot, first full, then stuffed and adult cable, white . The ring is very high, almost under the insertion of the lamellas, white and not very resistant. The volva is globose, white, very large in relation to the size of the fungus when young, often completely buried (which makes it stand out from the mushrooms of the genus Agaricus), free, membranous and lobed. The meat is tender and of immutable white color with a bit sour taste. The smell is mild, but disgusting in old specimens. The spores are white in mass, spheroidal and amyloid of 7-8 x 9-10 μm.

Cultivation –
The Amanita verna is obviously not a cultivated mushroom.

Uses and Traditions –
The springy, although not very common, mushroom often involves several collectors in all areas where it grows. In fact, especially the most inexperienced often have the bad habit of picking mushrooms cutting the stem; with this procedure they do not notice the rather large but buried volva, typical of this species, and therefore not visible. This way of collecting it confuses it with edible Agaricus, generating fatal errors. Among other things, the Amanita verna is also distinguishable by the lamellae of white and not pink or brownish purple. This fungus, for a long time was considered a bleached variant of the Amanita phalloides.
Other species with can be confused are: the Amanita virosa and the Amanita phalloides var. dawn, also deadly venomous; Agaricus sylvicola, excellent edible (in which obviously the volva is missing); The toxic Agaricus xanthodermus (missing the volva) and the Leucoagaricus leucothites, edible. The presence of the volva, missing in some of its similar white (some mushrooms of the genera Agaricus and Leucoagaricus), is the way to distinguish it and avoid fatal mistakes.

Preparation Mode –
The Amanita verna for its poisonousness is absolutely to be avoided and it is strongly advised against the practice of tasting the species in question, in order to avoid accidental ingestions of mushroom fragments.