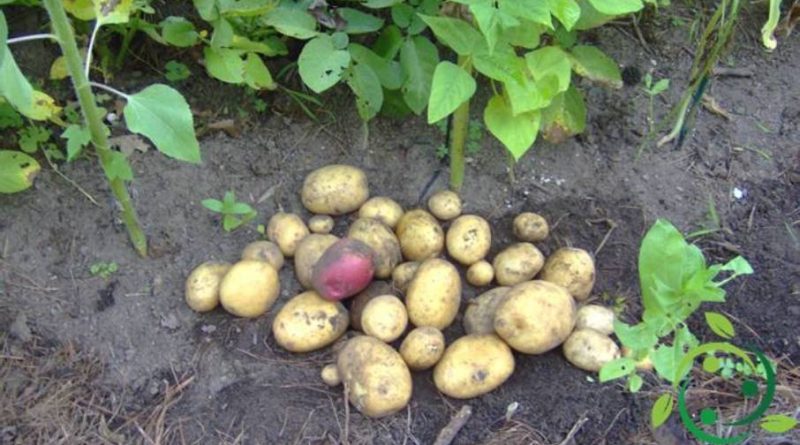 In botany, the tuber is an enlarged plant organ due to the abundance of reserve parenchyma. The formation of the tubers can occur in all three fundamental parts of the body of the herbaceous Phanerogams (roots, stem or caule and leaves); thus, root, caulinary or foliar tubers can be obtained, respectively. You can also have mixed tubers when the region that tuberifies is that of the collar (typical example is that of beet). Cases of caulinary tubers are those of the potato and of the Jerusalem artichoke, while the foliar tubers are generated by the more or less fleshy scales of the bulbs; the root tubers are for example those of the aconite and asphodel. The tuber can therefore be hypogeal, if it is formed in the underground part of the plant or hypogeal if it is formed in the aerial part (for example, at the axils of the leaves of various plants).

A tuber is therefore a modified portion of a plant which assumes a more or less elongated globular aspect with the function of an organ in which reserve substances are accumulated, both to make the plant overcome environmental moments of difficulty (as to ensure the survival of the plant during winter) and for the subsequent stages of reproduction; in fact the presence, on their surface, of auxiliary gems (called “eyes”) that can develop in a new individual, causes these organs to play an important role also in the vegetative multiplication (or clonal propagation) of the plant that produces them.
As for the nature of reserve substances, starch is the most frequent; for this reason the tuber of many plants has food purposes (as in the potato); other substances present in the tuber are carbohydrates, such as inulin (in the Jerusalem artichoke) or even soluble sugars (as in beet); we can also find mucilage (as in Orchidaceae) and sometimes fatty oils (as in Cyperus esculentus). Because of the highly nutritional properties of the substances contained in them, the tubers have assumed, since the dawn of history and agriculture, a very important role in the diet of humans and animals.
Finally, a distinction must be made between the tubers and the “tuberous roots”, also known as rhizotubers; oragni typical of the plants of the genus Dahlia, sweet potatoes (Ipomoea batatas) or manioc (Manihot esculenta), which in fact are organs similar to enlarged lateral roots; the latter, unlike the tubers, if separated from the stem, can not give life to a new plant as they do not have the possibility to emit suckers (pollonificera capacity). Similar organs are those of the truffle, but belonging to the kingdom of mushrooms.