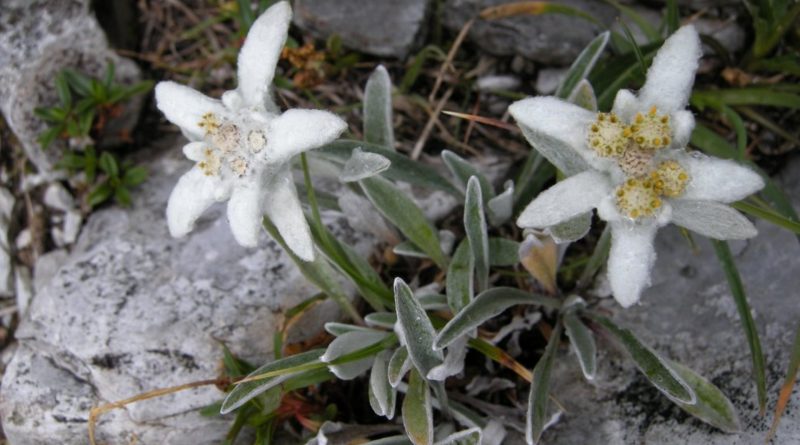 Edelweiss (Leontopodium alpinum Cass., 1822) is a perennial herbaceous species of the Asteraceae family, typical of the high Alpine ranges.

Etymology –
The generic epithet derives from the Greek λέων léon leone and from πούς, ποδός, meaning foot or stem: due to the shape of the flower heads, which recall a lion’s foot; the specific term comes from Alpes Alpi, ie alpine, alpine.

Geographic Distribution and Habitat –
The origin of this plant is related to the hot and arid mountain areas of the desert highlands of Central Asia and then distributed in Europe during the last glaciations. In Italy we find it only in the Alps and is considered rare mainly due to its indiscriminate collection. Its habitat is that of alpine pastures and rocky places and landslides, from 1500 up to a maximum of 3000 m s.l.m., preferably on calcareous soils. 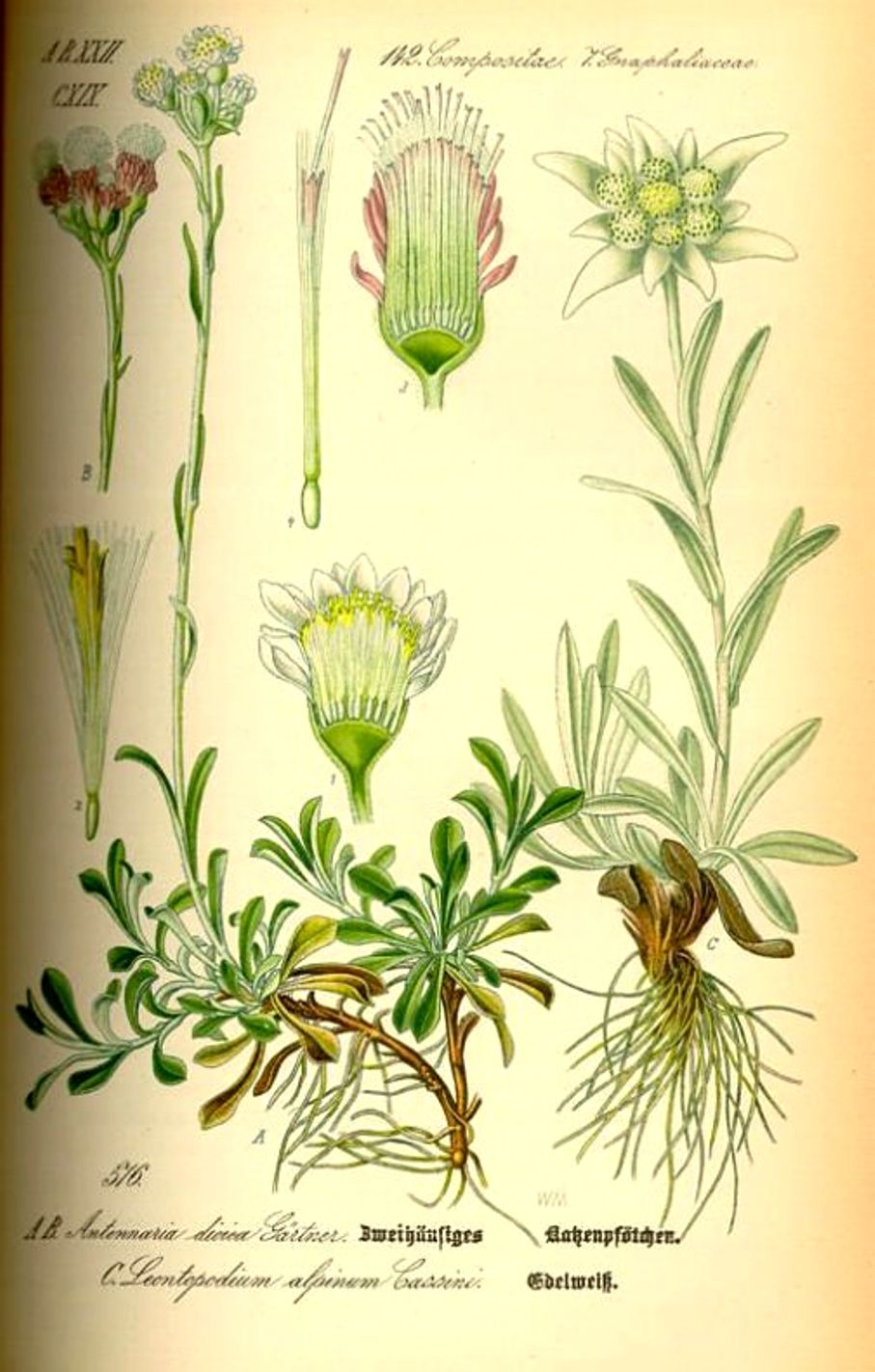 Description –
Leontopodium alpinum is a plant high around 15 cm, hemicriptophyta scaposa (H scap); it is in fact a perennial plant, with buds wintering at ground level and generally protected by snow, with an erect flowering axis and often with few leaves. Wooly plant to limit excessive perspiration as it is native to arid habitats. It has secondary roots from rhizome, ascending stem, erect and simple with few leaves; these are of two types: the radical ones and the caulinary ones. The inflorescences are composed of some flower heads (3 – 7) with flowering in June and July. The fruits are granular achenes with pappus.

Cultivation –
Edelweiss is an easy growing plant; main use is that of rocky and alpine gardening; could find other reasons for cultivation due to the therapeutic properties of some of its extracts.

Uses and Traditions –
In the past it was believed that Leontopodium alpinum had astringent properties but also to treat coughs and soothe rheumatic pains. It has long been known that it contains salts, tannins and some other substances, but only recently have these “other substances” been identified. Chlorogenic and leontopodic acid, flavonoids, phytosterols and sitosterols, amino acids and polysaccharides can be obtained from the root extract of Edelweiss. These can be used in therapeutic actions or in cosmetics. In the German areas this flower is called “Edelweiss”. According to a legend, Leontopodium alpinum, once, was a young girl, beautiful but difficult to love, so when she died she was transformed into an “Alpine Star” among the snows, rocks and glaciers. For this reason only an ardent and pure spirit could seize this flower. The term “Edelweiss” means precisely “noble, white and pure”. For its indiscriminate collection today, in many areas, the withdrawal is prohibited. The edelweiss is depicted on the 2 euro cent coins of Austria.

Preparation Mode –
Extracts of flavonoids, phytosterols and sitosterols, amino acids and polysaccharides contained in the Leontopodium alpinum can be used to obtain products of interest in the therapeutic and cosmetic fields.