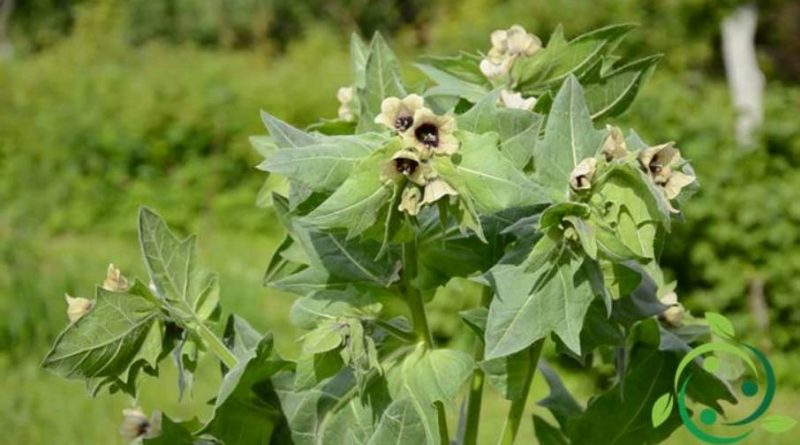 The scopolamine, also known as ioscina or burundanga (South American term), is a hallucinogenic alkaloid obtained from plants of the Solanaceae family, such as the Black Hound (Hyoscyamus niger) or plants of the genus Datura, including especially the common Stramonium (Datura stramonium) THE.). In the past, black and white seeds were used for sedative, spasmolytic, analgesic and narcotic treatments; the assumption gives rise to mydriasis, which is dangerous in operative conditions even at low doses, because it compromises, with sedation, visual perception, and times of nervous reflex. Even the white henbane (Hyoscyamus albus), with smaller flowers, even these violet anulata, has the same properties. The scopolamine, as well as the atropine, reversibly blocks cholinergic receptors and in particular prevents the interaction between acetylcholine and muscarinic receptors: this action can be counteracted by an increase of acetylcholine or a muscarinic agonist.

The effects of effective doses on humans are: drowsiness, retrograde amnesia, tachycardia, vasodilatation block, salivary secretion block, ocular dryness, bronchial, sweating blockage, dilated pupils, prevents ocular accommodation, slows bowel motility, slows bladder emptying , blocks the kinetosis by inhibiting vertigo, nausea and vomiting. When taken at toxic doses it causes diarrhea, excitement, agitation, hallucinations, up to coma. The scopolamine is used in various therapies: car sickness, sea sickness, etc., or used as eye drops for ophthalmic examinations. If this alkaloid is associated with morphine, it induces amnesia and a state of tranquility known as penumbra sleep. It was once used in obstetrics as a sedative for childbirth; today it is an abandoned practice because it is considered too dangerous. Today scopolamine finds applications in dentistry, ophthalmology, Otorhinolaryngology and as an antidepressant. In past times and in some populations, scopolamine was used for various purposes; the Arabs used it against their enemies to put them to sleep or induce them to madness; in the Canary Islands the natives used it to make unfortunate tourists unarmed; in northern Mexico, the Shamans smoked the leaves of the plant to predict the future, make diagnoses and more; the Aztecs used it as a hallucinogen in festive rituals; in the ancient city of Delphi, the Greeks used it to induce hypnosis and to predict the future in religious rites; finally the Chinese who had rules for the use of seeds and prohibited the mixture of juice with fermented liquids. A particular use of scopolamine was as a truth serum. It seems that in the Nazi camps, the criminal Josef Mengele used scopolamine for interrogation. After various studies and investigations, also by the CIA, the use of scopolamine as a truth serum was considered untrustworthy; in fact its hallucinogenic effects lead to a distortion of the perceived reality for which the affirmations under the effect of the alkaloid can not be used. For its discursive characteristics on reality, scopolamine is unfortunately used in the criminal field, making it inhale, to commit robberies or sexual violence. With these objectives it is used in various parts but more frequently in Latin American countries, especially in Colombia.