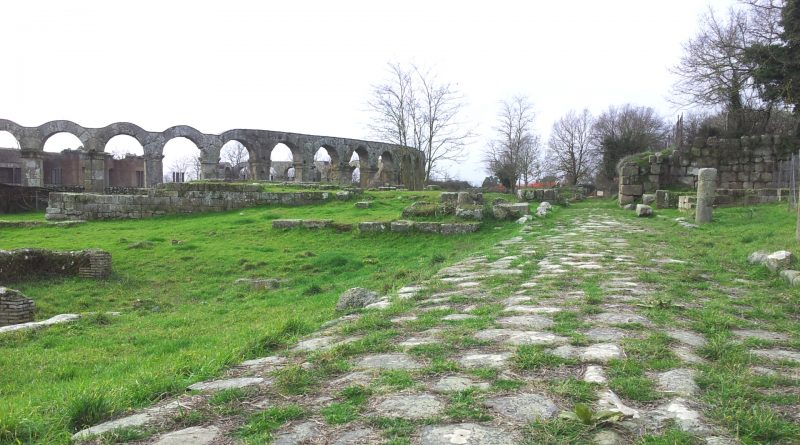 The Etruscans and agriculture

The Etruscans were an ancient Italian people evolved in Etruria an area that corresponds roughly to Tuscany, Umbria up to the river Tiber and northern Lazio. In a second period they expanded to the north in the Po Valley (current Emilia-Romagna, south-eastern Lombardy and southern Veneto) and south to Campania. A civilization that lived between the eighth century BC and 396 BC, greatly influencing the Roman civilization and finally becoming assimilated until the final incorporation that occurred with the conquest of Veio by the Romans, in fact in 396 BC the beginning of the Etruscan history sees them mainly as farmers and shepherds , activities that never left even when they dedicated themselves to other activities. During the centuries of Villanovan civilization, they cultivated chickpeas, barley and triticum dicoccum, a quality of wheat not particularly valuable, but easily cultivable in their wetlands.

Subsequently with the development of agricultural techniques, much admired by Greeks and Romans, the Etruscans increased the number of crops producing also wine and oil. The testimony comes to us from Livio: “the region was one of the most fertile in Italy, the Etruscan countryside, which stretches between Fiesole and Arezzo, rich for the abundance of wheat, flocks and everything …” Varro who also enters the merits of the agricultural yields: “Therefore you will keep present, with regard to the quantity of seed, the use of that country in order to behave accordingly … so much so that from the same seed in a place you get 10 times as much , in another 15 times as much, as in some area of ​​the Etruria “. The Etruscans exported their wheat production to Rome, especially during the famine periods of the 5th century BC and of the war against Carthage of 205 BC. But the most incredible thing for the times was the very strict laws that the Etruscans enacted over agriculture; laws, codes and techniques that then passed to the Romans. In fact it is the Etruscans introducing in Italy the science of measuring land (through an instrument that was called groma). The rules were so strict that their priests, who were first to delimit, with a solemn ritual, the fields of the individual owners, decreed that whoever had moved a stone or boundary mark, would be condemned to death. The Etruscans were aware of the techniques of accumulation and distribution of water for agriculture; hydraulic techniques already tested in Egypt, Mesopotamia and Greece. They built canals and dams to irrigate the land, dried up and drained swamps with the drainage system; remains that are still today in Maremma. According to Varrone, it was the Etruscans who learned the art of dowsers. On the other hand, there is no evidence of the cultivation of vegetables, most likely because they were not easy to trade with distant areas due to their perishability. The agricultural tools used by the Etruscans were: hoes, scythes, spades and light plows equipped with iron plows. The plowing at the beginning made by the men was operated by oxen of great strength with an increase also in the weight of the plows and the depth of plowing. From agriculture to food, of course, the pace is short. The Etruscans fed on spelled flour, a type of easily cultivable wheat that, before being used as food, the spelled grains had to be roasted, to remove them the glume (a kind of skin that covers them) and eliminate the humidity. With this flour were prepared baby food and flour, boiled with water and milk. But the power of the Etruscans was obviously more varied; it also included various legume species, such as lentils, chickpeas and broad beans, but was supplemented with pork, game, wild boar, sheep meat and all dairy products. The historical testimonies tell us that they also nourished themselves of fish, especially near Populonia and Porto Ercole and, moreover, they knew the fork. They have been found similar to ours, that is with the four curved prongs, but with a thin cylindrical trunk and a ball at the top. It is thought however that they were used to stop the meat to cut it into a serving dish and not for personal use.