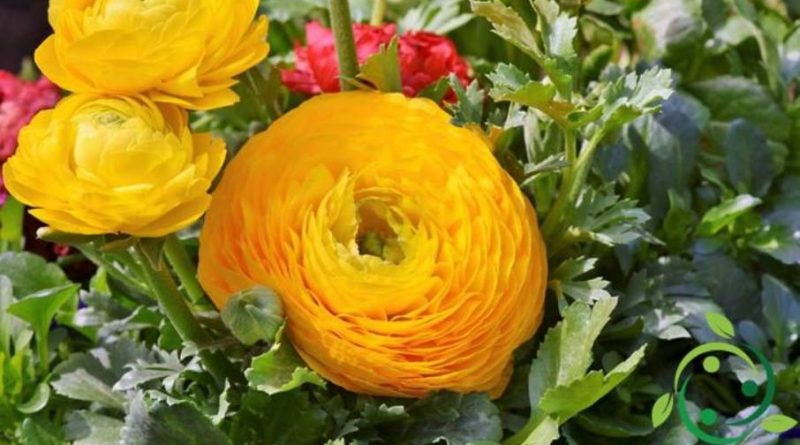 How to grow the buttercup

The buttercup (Ranunculus L) is a herbaceous species of the Ranunculaceae family with about 500 species, native to the temperate and cold areas of the globe. In this contribution we will see how to grow the buttercup according to its characteristics and for its adaptability both as a garden plant and to be cultivated in pots. The buttercup planting takes place preferably in the autumn with the plantation of bulbs easy to find on the market. Just dig a small hole so as to place the bulbs about 10 cm deep. If you plant more than one bulb, a distance of 10-15 cm is recommended. Remember, first of all, the choice of suitable terrain; the buttercup prefers mildly acid soils, choosing a fresh and clayey substratum, rich in organic substances; if you plant it in a pot, place 5 cm of perlite or gravel for drainage on the bottom and a mixture of 40% silica sand and 60% of soil for flowering plants. The buttercup must then be placed in an average sunny area, taking into account that in nature it also grows in rather shady environments. The ideal is an area of ​​the garden or balcony where light and shade alternate during the day. The ideal growth habitat for buttercup are temperate climates, so they grow well in the mild areas of the Mediterranean basin or in similar climatic zones.

As for the water supply, these must be abundant and frequent especially during the flowering period, without leaving stagnations both in the saucers and in the garden. Consider that on average the buttercups should be watered 2 or 3 times a week.
For the fertilization of the buttercup obviously changes the technique if you are in the garden or grown in pot. In both cases it is good that the plant is found since its plant in the presence of abundant organic substance and with pH between 5.5 and 6.5; during the phase preceding the flowering it is possible to add the earthworm humus, taking care to mix it carefully in the first layers of soil. For potted plants you can choose liquid fertilizers suitable for flowering plants but which have a pH tending to acid.
The buttercup thus blooms towards the end of the spring period, roughly between the months of May and June and in summer; with shades of flowers that obviously depend on the planted varieties even if the most usual are yellow or white. Other varieties that can be found with good frequency have red, pink, purple and orange flowers.
For the potted buttercups, we must think of the repottings every three or four years during the autumn, in the period between September and October, in order to give the buttercup sufficient time to grow and flourish.
From the health point of view it can be subject mainly to aphids (especially those grown in the garden) and cochineals. In these cases, it is advisable to use it before flowering with Marseille soap, to be carried out in cases of major infestations every 4-7 days.