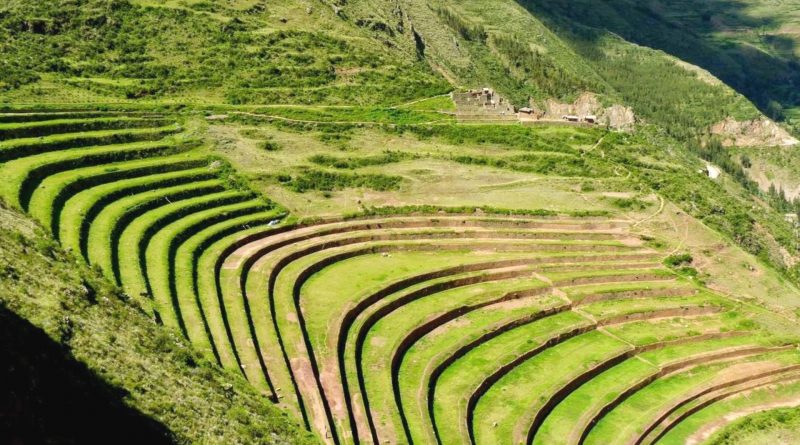 The Aztecs were a civilization of central Mexico between the 14th and 16th centuries. This civilization, through a combination of climatic diversity, diversified artificial irrigation methods, knowledge of extensive farms, combined with a surprisingly wide range of agricultural products, had one of the world’s largest agricultural and culinary biodiversities. Aztecs and agriculture has been a binomio perhaps unique in history. The Aztec peasant civilization was very complex; the land was owned by the community (calpolli) and then divided by individual families for cultivation; in other cases, farmers were resident tenants (mayeques), especially on large, privately owned farms. These tenants were paid in kind by the Aztec nobles (pipiltin), warriors to whom the land had been given as a reward for the services rendered, or by the king himself (tlatoani).

But there also existed small landowners (macehualtin) who owned their own portion of the garden (calmil), which was mostly used to supply food to their families. Finally, in the lower social strata there were slaves (tlacohtin) who, besides working in other sectors, were largely engaged in agriculture. The Aztecs to increase agricultural yields adopted various techniques and measures. They made extensive use of the terraces to increase the workable agricultural areas; this technique was used above all in the mountainous areas of the Kingdom of Netzahualcoyotl. The terraces were built with stone walls parallel to the contour of the hill. Subsequently the earth was brought within the walls, forming a level of cultivable land. But in this field they had achieved a high degree of specialization; there were in fact three types of terraces, each of which suited to particular types of terrain: terraces along the contour of the hills (steep slopes), semi-terraces (gentle slopes, walls were made with agave instead of stones), and terraces with crossed channels. Interesting, and exceptional for those times were the techniques and irrigation works, sometimes with ambitious large-scale projects, such as the deviation of part of the Cuauhtitlan river to give water to the surrounding fields; in other cases, when the orographic conditions permitted it, the temporary flooding of the cultivated fields was adopted (chinampa). It must be said that irrigation systems were present long before the Aztecs arrived. But they built artificial tunnels far more elaborate than the previous ones. The network of channels represented a very complex and intricate system. They also understood the value of the reintegration of the organic substance using a combination of sludge dredged from channels built anywhere or from human wastewater in residential areas. Finally, to protect themselves from unfavorable meteoric events or major calamities such as locusts, they had learned to accumulate reserves of wheat and other less perishable foods for times of need in special rooms. Ultimately the Aztecs who lived before the Spanish conquest were a society based on prosperous agriculture, and succeeded in doing so, among other things, without the use of the wheel or domestic pack animals. Among the various types of cereals cultivated by the Aztecs, corn played the most important role. It was the most important food of the Aztec diet and this grew throughout the empire. Women milled corn to produce various types of dough; they milled it using a stone called a hand and a flat stone called a metatata. Tortillas were created from this mixture. Also important were the production of avocados, beans, sweet potatoes, tomatoes, chia, amaranth and chilli pepper. In the more mountainous areas, cotton, fruit, cocoa and rubber trees were cultivated. Translated into modern terms, it can be said that for the Aztecs, agriculture represented almost the entire GDP.