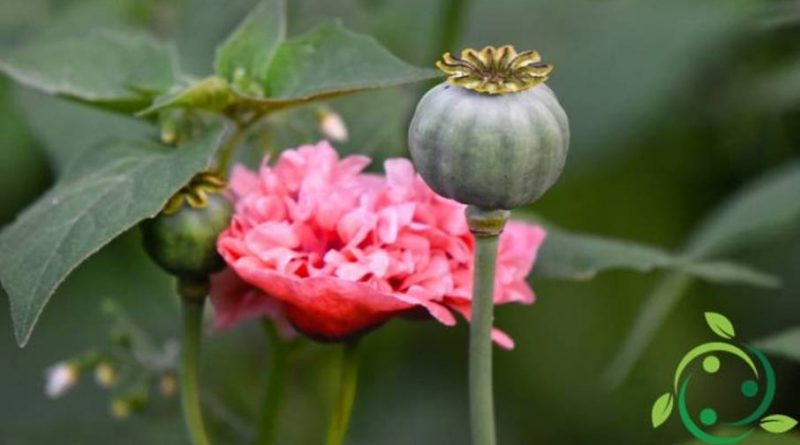 Morphine is one of the most abundant and main alkaloids in opium. Opium is an amazing one obtained from the incision of the immature capsules of Papaver somniferum, with the collection of the latex that oozes, which subsequently is left to make air in a dark resin which is then kneaded in brown loaves. which have a sweetish smell and a bitter taste. Morphine was the first active ingredient extracted from a plant source and is one of about 50 alkaloids present in opium. Morphine, as a rule, is contained in a percentage of 8 to 17 percent of the dry weight of opium but, in some species, it can reach 26 percent. Some varieties of poppies such as Przemko and Norman are used to produce two other alkaloids, which are thebaine and papaverine, used in the synthesis of opioids such as oxycodone and ethorphine and other semi-synthetic substances. Another poppy, the Papaver bracteatum (Lindley) is a species from which a large amount of thebaine is obtained.

To date, however, the presence of morphine in other papaverales and Papaveraceae has not been confirmed, as well as in some species of hops and other species. The production of morphine occurs mainly in the early stages of the plant life cycle. After the optimal extraction point, the extraction of other alkaloids such as: codeine, thebaine, oxycodone, negligible quantities of hydromorphone, dihydromorphine, dihydrocodeine, tetrahydrotebaine and hydrocodone is extracted. Morphine is used in medicine as an analgesic for the treatment of acute and chronic pain. Its action at the level of the organism depends on the form as it is assumed but, unfortunately, quickly establishes a phase of addiction and tolerance, ie the need to increase its doses in order to be affected by the same analgesic effects obtained with previous doses. Furthermore, morphine creates both a physical and a psychological dependency, which can occur after a few weeks of standard daily use. For this reason, the therapies initiated with morphine can not be abruptly interrupted, but the dosage must be gradually scaled up so as not to incur abstinence syndromes.
The synthesis of morphine has uncertain origins. It seems that its discovery is to be attributed to ancient alchemists, but the formula was presumably lost during the Ottoman conquest of Constantinople. It is therefore necessary to arrive at 1522, when Paracelsus refers to an opium-based elixir which he called laudanum (praise) and which was described as a powerful painkiller but to be used in a moderate manner. Subsequently, in the eighteenth century, the India Company gained a direct interest in the opium trade in India and at that point another opiate (called laudanum) was widely used by doctors for their patients. The discovery, however, of this first alkaloid, through extraction from a poppy plant, must be attributed to Friedrich Sertürner in December 1804 in Paderborn, who commercialized the drug both as an analgesic and for the addiction to opium and alcohol. But it did not take long to realize that morphine gave more dependence than alcohol or opium, with devastating effects on social life and patient health. The case of the use of morphine in the war is emblematic, with hundreds of thousands of soldiers suffering from addiction syndrome in different war theaters.