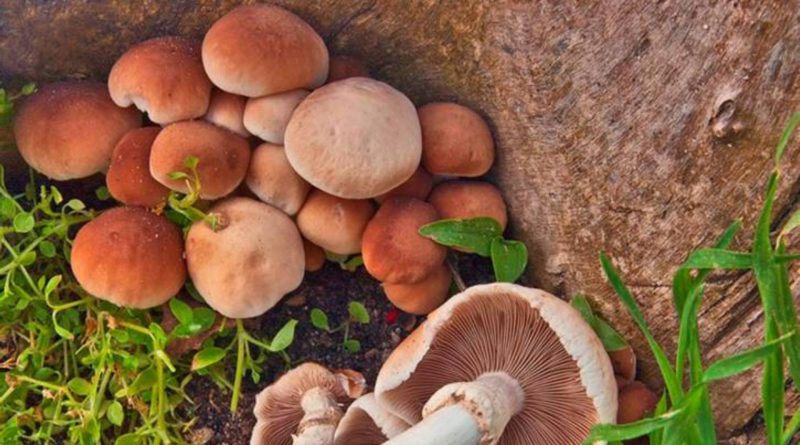 The Cyclocybe aegerita (V. Brig.) Vizzini, 2014, known as Piopparello or Pioppino, a rather adaptable saprophytic species that lends itself very well to artificial cultivation.

Systematics –
The Piopparelo, from the systematic point of view belongs to the Eukaryota Domain, Fungi Kingdom, Basidiomycota Division, Agaricomycotina Subdivision, Class Agaricomycetes, Subclass Agaricomycetidae, Order Agaricales, Family Strophariaceae and therefore to the Genus Cyclocybe and to the C. aegerita Species.

Etymology –
As regards the etymology of the generic name Cyclocybe, created by Josef Velenovsky in 1939, the origin and the reference are not clear; the epithet of the species comes instead from the Greek aigeros = poplar, due to its preferential habitat.

Geographic Distribution and Habitat –
Cyclocybe aegerita lives and develops preferably on rotting trunks (but also alive before the attack of the fungus) of many deciduous trees, including poplar, elm, elder and also willow. The period is characterized by mild and wet weather that goes from spring to late autumn. 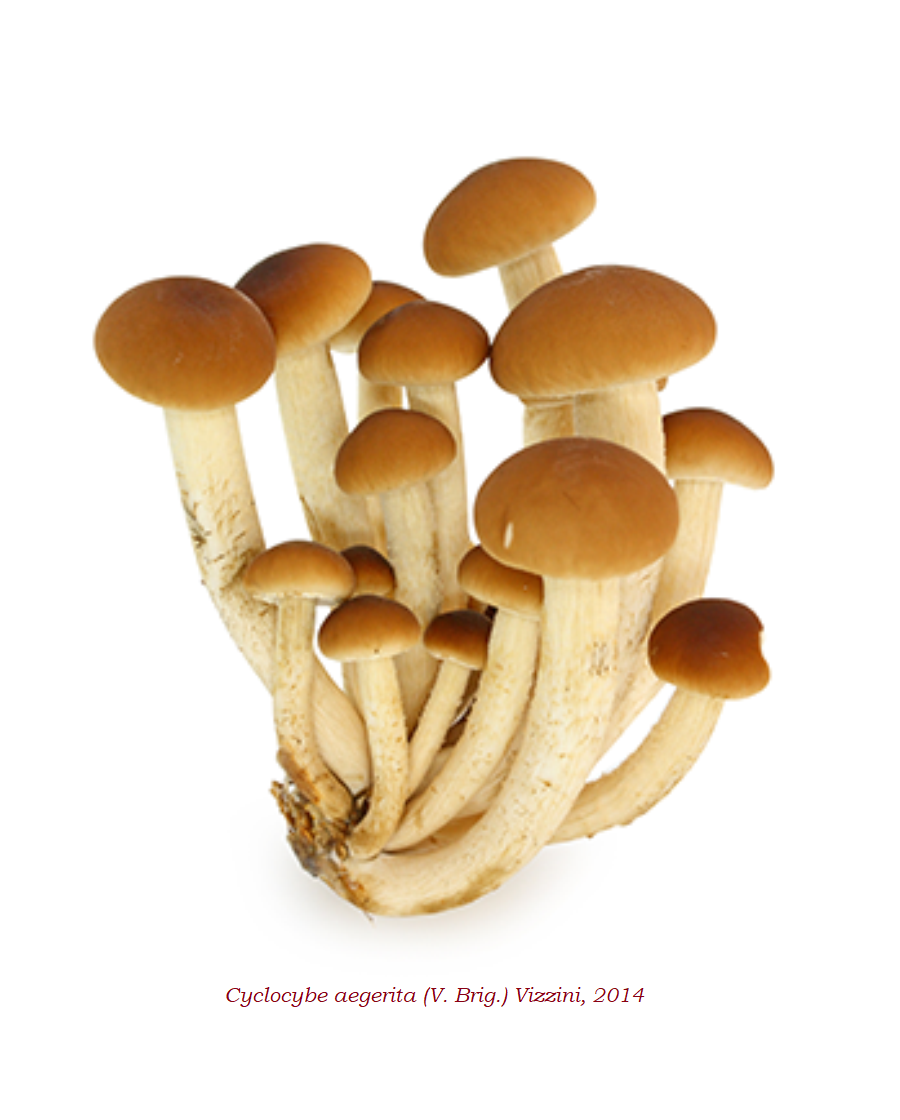 Description –
The Cyclocybe aegerita is characterized by a very dark brown first hat, which then becomes lighter but almost always with a slightly darker shade towards the center, where a very slight umbone and a maximum size of about 14 cm in diameter can be glimpsed; with slightly wrinkled surface and often fissured due to drought or greasy with wet weather. The lamellae are dense and of a white-beige color, then gray-brown to the tobacco color due to the mature spores. We find several lamellas interspersed. The stem has a variable but generally slender conformation, especially in young, supple, fibrous and consistent specimens, from white to brownish. The ring is persistent, high which forms a reverse membranous collar. The meat is white, although dark on the stem and at the base of this. The smell is difficult to describe but characteristic. The piopparello has a taste: mild and very aromatic. Finally, the spores are brownish-rusty in mass, oval and light brown under a microscope.

Cultivation –
The Cyclocybe aegerita, besides being one of the most delicious, fragrant and appreciated edible mushrooms also one of the most cultivated. The pioppino mushroom has been cultivated since Roman times. Pliny the Elder in his Naturalis Historia describes the cultivation techniques, specifying the best ways to obtain this fungus from trunks of cut poplar. During the twentieth century the pioppino was intensively cultivated in Tuscany, where it is still present in the regional gastronomy. However, be careful not to flood the surrounding soil as excess water can completely inhibit the formation of carpophores. Furthermore, it is recommended not to grow it above the ceppaglie in environments constantly without light: according to rumors (unconfirmed), it seems that under stress conditions this species produces toxins. For the homemade cultivation read the following card.

Uses and Traditions –
Piopparello is one of the most popular edible mushrooms. The cooking gives off an intense aroma, perceptible even at a distance and it is widely believed that the specimens that are grown on Elder wood are among the most tasty. In any case, it is advisable to avoid in the most absolute way the consumption of specimens that grow at the edges of the roads or above cracks chapped by moisture (or however over unnatural substrates). Piopparello is normally marketed also from artificial cultivation.

Preparation Mode –
For the goodness of Piopparello and the flexibility of using its meat, this mushroom lends itself to many recipes and preparations and preservation.