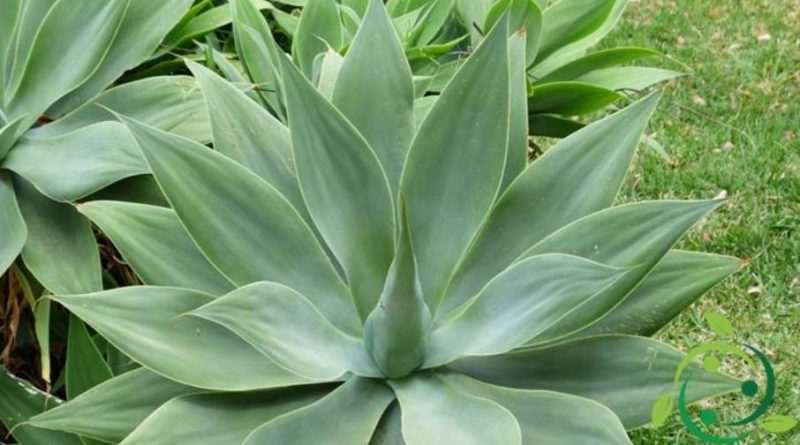 Àgave L. is a genus of succulent monocotyledonous plants that due to its posture and variety of species is a very popular plant in public and private gardens, all over the world. In this sheet we will see however to appreciate qualities and characteristics often unknown; we will analyze the Agave, properties and uses. In fact, in its places of origin (Central America) it has for millennia been of profound importance in the life of local populations. His names of origin (before Linnaeus’ classification in 1753) were: mezcal, maguey, metl, and also the name century plant which was given to her for longevity before flowering.
They are plants with fleshy leaves, with parallel ribs of fibrous consistency, up to 25 cm wide and up to 2.50 meters long; they are almost always equipped with a woody apical spine up to 5 cm long; in most species woody spines are also present along the margins.

Since the eighteenth century they were first exported to Europe for study and ornamental plants and were subsequently used for their production capacities.
Agaves are plants that reach maturity from 3-5 to 50 years of birth with a flowering that lasts several months and requires a great expenditure of energy, after which almost all the species dies and reproduces with the seeds that are dispersed in the areas surrounding.
The flowers can form directly on the stem or be placed on branches of variable length, which radiate out from the same stem. However, the agaves can also reproduce with various polloniferous systems.
Let’s go to the properties and uses of the Agave. Its use by man has been happening for thousands of years, and has been an important component in the life of Mesoamerican civilizations. The Cochini Indians in Baja California used Agave Cerulata as a daily food and is currently still used in some typical dishes. From the agaves we obtain a syrup, dense like honey, used as a sweetener and in some regions of Mexico different species are used as fodder for cattle. Drinks such as aguamiel (fresh drink) and pulque, obtained from the fermentation of the previous one, have been obtained from the agaves for several centuries. Subsequently, after the introduction of the distillation process, the famous ones like the mescal and tequila were obtained. From many agaves we obtain a textile fiber that has been the major reason for the diffusion of agaves in the world. From these fibers we obtain ropes, nets, baskets, clothes, blankets, rugs, bags and other objects of daily use.
Another characteristic use was, above all in the past, in the formation of rows of plants used as fences of agricultural land, as was the case in Sicily for the delimitation of the Trazzare Regie. Among other uses, we remember that the stems of the major inflorescences are used as fishing rods or poles. The spines have been used as fishing hooks or sewing needles. But the aspect that today becomes potentially more important is the chemical composition of agave leaves. These properties were already known by the Indians who made compresses with the pulp of some species for itching, wounds, sores, bruises or even as a poison for fish; the juice of the. lechuguilla was used in fact to poison arrowheads. The leaves of different species, or their juice, were used until the 90s in Mexico as soap and portions of A. vilmoriniana leaves with part of the fibers left uncovered were sold in the markets as soap brushes. From the sapogenins present in various quantities in many species, estrogens and cortisone have been produced. The plant is also used to heal burns. Be careful, however, because the inside of the leaves in some species contains substances that in contact with the skin can cause dermatitis.