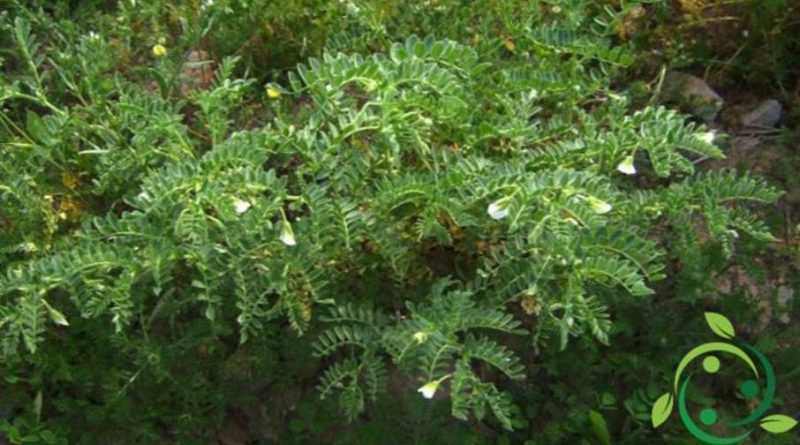 How to grow chickpea

The Chickpea has not existed in the wild but only cultivated; was known and cultivated by the ancient Egyptians.
Chickpeas are the world’s third largest grain legumes, after bean and pea. The world’s cultivated area is about 11 million hectares. Most of the product is consumed locally although in recent years the exported quantities have increased mainly from the Americas.
Seeds, eaten in the dry state, are a great food for humans, rich in protein (15-25%) of food quality among the best in grain legumes.
In Italy, the surface of chickpeas had dropped to early 2000 and then resumed slightly on the need to switch to leguminous cereals (both for agronomic and food reasons). Today it stands out over 4,000 hectares, almost all located in the southern and island regions.

Worldwide, chickpeas is the third legume for production, after soybeans and beans; the cultivation takes place mainly in India and Pakistan. In Italy, cultivation is not very widespread due to low yields and low demand (but with a gradual increase in recent years); It is consumed mainly in Liguria, where typical chickpea dishes are flour and panissa, in the central regions as soup and in the southern regions as soups or together with pasta.
Optimum cultivation conditions are in semi-arid environments; in temperate climates it is sown at the end of winter (given its poor resistance to cold) and harvested during the summer (normally late July-August). Sowing is typically done with precision sowing machines or wheat seeders suitably adjusted so as not to break the seed. This is arranged at a distance between the 35-40 cm file at a seed depth of 5-7 cm and with a density of 20-30 plants per square meter. To prevent cryptogamous attacks on the plant, the seeds should be tanned first. Once matured, chickpeas can be harvested either by the traditional method (now almost disappeared) by grubbing the plant, leaving it dry in the field and hand-picked or with a pick-up harvester instead of the mowing organ, either with mechanical methods ‘intervention of combine harvesters possible only in level terrain and on erectile varieties. Direct combine harvesting can also be done with some success, especially if the soil is perfectly leveled and if the plants are erect.
After collecting chickpeas stored in the warehouse, they must undergo treatment to avoid damage to the dung.
Production yields are quite variable; ranges from 4 tonnes per hectare to lower 1-1.5 tonnes as it passes into more arid areas and with spring rainfall shortage. Straw production is poor nutritional quality for zootechnical use.
During its cycle the fertilization of 40-60 kg / hectare of phosphorus is used, with regard to nitrogen requirements, supplied by bacteria of the genus Rizobium which, through the symbiosis with this plant, deals with the fixation of atmospheric nitrogen in the ground. However, the need to decrease the chemical inputs of phosphorus and, above all, the rotation of this plant with graminaceae needs to be reconsidered in companies that have organic inputs from their farms and hence with an internal recovery of nutrients.
From the pedological point of view, chickpeas do not bear too fertile soils (which involve a low affinity), clayey for radical asphyxia or water stagnation.
Among the most serious cryptogamous diseases that can affect chickpeas, we remember rabies or anthraxes (Ascochyta rabiei), which causes the aerial particle dissection and can cause destruction of the crop. The greatest hopes lie in the establishment of resistant varieties; some result is obtained by direct struggle based on seed tanning and on an irrigation at the beginning of the formation of pods. Other mushrooms that can cause damage are chickpea rust (Uromyces cicer-arietini), rupture, caused by Rhizoctonia spp., Fusarium spp. Verticillum spp.
The most serious animal attacks are carried by Heliotis (Helicoverga) armigera on the pods, by the larvae of Liriomyza leaf mincer, by the Callosobruchus chinensis that attacks the seeds in the warehouse.
The chickpeas may be infested, though with lesser gravity than the oranges.
With regard to weeds, we remember that chickpeas are difficult to disarrow, so a technique that can break the growth of future weeds is that of false seed. Sometimes it is used, but for some areas of the company particularly infested with manual discontinuity. However, even with some infestation if the climate season is well done, the yield of chickpeas can be equally good.
Be careful not to return the chickpeas on the same parcel before 4-5 years. It is a plant that has the property, through its radical apparatus, to consume large amounts of salt from the lower layers, especially in high saline soils.