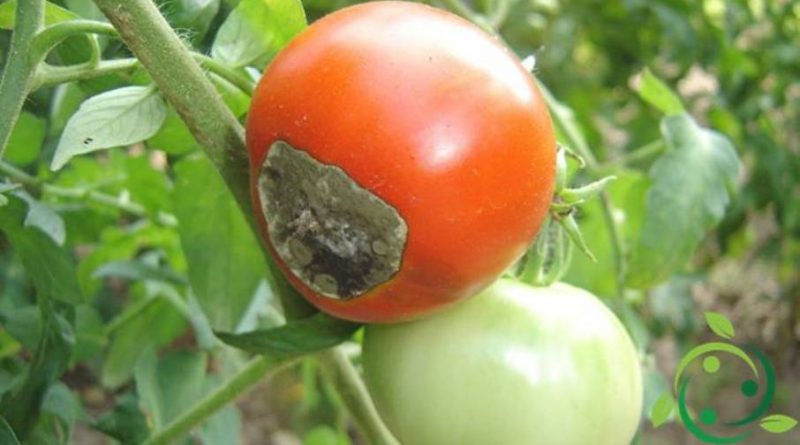 The prevention of the apical rot of the tomato begins with a good knowledge of the causes that can determine it. This plant disease, also known by the English term of blossom end rot (BER), is quite common in the cultivation of tomato both in intensive production and in domestic vegetable gardens. Obviously the depreciation, above all in the intensive productions, creates not few worries. We immediately start by defining the type of physiopathy that is caused by abiotic factors; it is a state of vegetational suffering that causes the morphological and / or chromatic malformations in tomato fruits. This presents itself as a lesion in the apex of the berry (distal). The damaged part takes on a variable color from gray to black, which subsequently assumes an opaque (greyish) appearance and finally necrotizes assuming an intense black color. This area, in the advanced stage of tomato ripening (which is accelerated by the way), becomes depressed and leathery.

This physiopathy manifests itself more in the hot months of June and July of greater vegetative growth of the plant and caused mainly by a lack of calcium (Ca); deficiency that may be due to the simple scarcity in the ground, or is due to a problem of water stress of cultivation that interferes with the transport of calcium. The fruits, being devoid of stomata and therefore of transpiration activity, succumb. The other vegetative organs are instead healthy, since they are predisposed to the water exchange.
As calcium, like other elements, is transported together with water in the flow of evapotranspiration, this tends to concentrate in the areas with the greatest presence of stomata, ie the leaves, to the detriment of the fruits. The triggering causes of the plant disease therefore, in addition to the real lack of calcium in the soil, are due to a high temperature and low humidity. In these conditions a water hijacking, and then the calcium, to the leaf apparatus takes place. For this reason the apical rot occurs frequently in soils that are easily susceptible to sudden changes in the water regime. To aggravate or assist the apical rot can contribute to other causes: soils poor in calcium, high salinity of the soil (especially the sodium that replaces the matrix of exchange of the soil), excessive nitrogen fertilizers, damage of different nature at the expense of the root system , like nematodes, or lymphatic, like accidental wounds on the stem. Obviously, research has attempted to produce varieties more resistant to apical rot. However, some are more susceptible to this physiopathy; these include: the San Marzano, the heart varieties, as well as the small-sized tomatoes. Medium-to-large round smooth varieties are less affected. We list the rules to prevent this physiopathy: Proper management of irrigation, avoiding alternations of excess / lack of water (irrigate little and often, preferably with drip irrigation) and water stagnation through good processing and drainage of the ground; Use of vegetable mulches; Preliminary fertilization with mature manure or, alternatively, compost or earthworm humus; In the real presence of calcium deficiency (to be verified with appropriate analysis) calcium fertilizers permitted in organic farming (for small family crops exceptional are the shredded egg shells).
Agronomically we intervene on the government of plants. It is good to defoliate it periodically, with the usual pruning operations. In the tomato you have to remove the feminines, the yellowed leaves under the flower stage and, in general, avoid an excessive number of leaves compared to the load of fruits. A last trick, especially in intensive cultivation, is not to remove the tomatoes affected by the apical rot immediately, but let them mature until the end. Even if they are now destined for compost and not for consumption, leaving them on the plant the physiopathy is transported on the already hit fruit, preserving the new fruit.