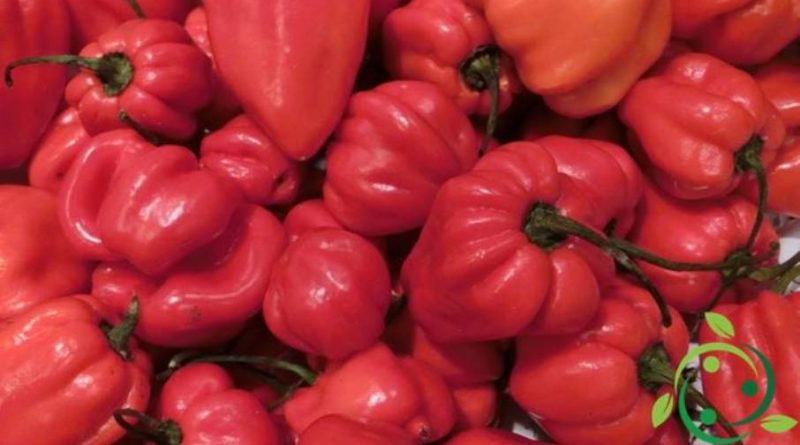 Capsaicin (or even capsicin or capseicin) is a chemical compound present in different concentrations in plants of the genus Capsicum (such as spicy chilli). Capsaicin, together with dihydrocapsaicin, is one of the alkaloids responsible for most of the “spiciness” of chillies. To these are added the other capsaicinoids, which are less spicy. Capsaicin is very present in some varieties of the genus Capsicum is, along with other alkaloids, is particularly present between the wall of the fruit and the placenta (the tissue that supports the seeds). It is the latter that is rich in capsaicin, while the seeds, which are covered in surface of capsaicinoidi are internally deprived. Both Capsaicin and capsaicinoids are very stable alkaloids: they remain unaltered for a long time, even after cooking and freezing. Capsaicin has been shown to stimulate the mucous membranes of the mouth and stomach, increasing the production of gastric juices.

Due to its highly irritating action, capsaicin is at the base of less dangerous tear gas and irritants.
The burning sensation due to capsaicin has its own scale, the Scoville scale, named after the inventor, Wilbur Scoville. This scale ranges from 0 to 10, and initially referred to the dilution necessary to cushion spicy in volunteers. Today Scoville units are used and ranges from 0 to 16 MSU for pure crystal capsaicin. Capsaicin also has analgesic properties for which preparations containing capsaicin are obtained which are used against muscular and rheumatic pains.
We see some concentrations of capsaicin in fruits:
The “friggitello” chilli, when ripe, has about 5 kSU (Scoville unit), enough to give a bitterish taste but still quite “sweet”, the medium-spicy ones – the most widespread on a commercial level – are around 15 kSU, the chilli pepper of Cayenna reaches 50 kSU, the orange Habanero about 400, the Red Savina Habanero, for years registered as the spiciest chili in the world. However, some Indian varieties have higher concentrations, such as the Red Savina and the Dorset Naga.
Capsaicinoids may be particularly toxic at certain doses until they become lethal. The lethal dose of capsaicin varies depending on the method of administration:
Intravena: 0.56 mg / kg of weight;
Oral route: 47.2 mg / kg of weight;
Topical use:> 512 mg / kg of weight.
Death is preceded by respiratory paralysis. For a 70 kg person, the lethal dose for ingestion would be 13 g of pure capsaicin.
There are also researches and conflicting opinions that hypothesize possible co-carcinogenic effects from overdose, which follow the induced inflammation to increase blood supply and hair growth.
Warning: The information reported is not medical advice and may not be accurate. The contents are for illustrative purposes only and do not replace medical advice.