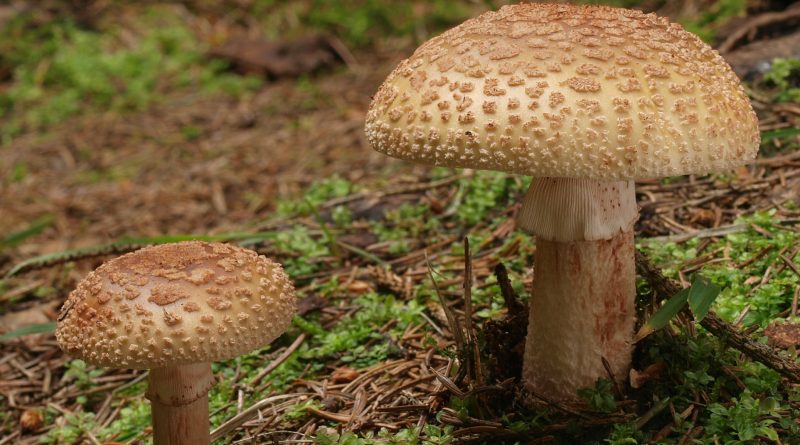 The Amanita rubescens (Pers .: Fr. 1797) is a good quality mushroom that must be consumed cooked due to the presence of hemolysin thermolabile at 70 ° C.

Systematics –
From a systematic point of view the Amanita rubescens belongs to the Eukaryota Domain, Kingdom Fungi, Basidiomycota Division, Basidiomycetes Class, Order Agaricales, Family Amanitaceae and therefore to the Genus Amanita and to the Species rubescens.

Etymology –
The epithet Amanita derives from the Greek ἀμανὶτης; ie mushroom of Mount Amano […] good for the presence of mushrooms of this genus in this place. The specific term derives from the Latin rubescens = reddish, for the property of the meat to turn to vinous red. The vulgar names with which it is known are: Tignosa vinata and reddish Tignosa.

Geographic Distribution and Habitat –
Amanita rubescens is present and spread everywhere; from the mountains to the plains, in all the woods, both deciduous and coniferous. The rubescens is among the very first mushrooms to make its appearance, since April May and continues with the births until the autumn also forwarded. 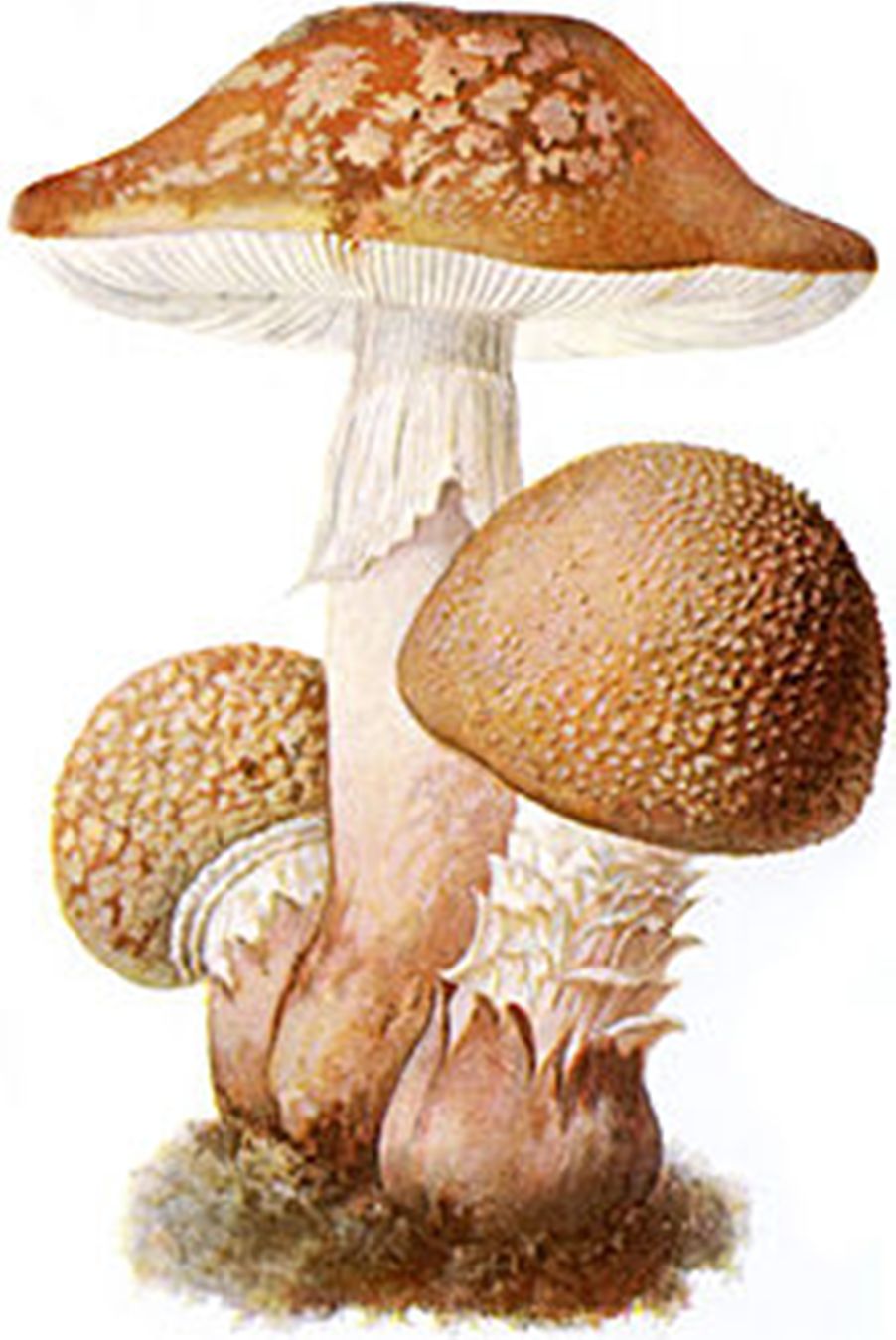 Description –
The Amanita rubescens has a reddish hat (which then bleaches even after intense rains) of 4-10 cm, globose when young and then more and more expanded until smoothed, non-streaked fleece margin, entirely covered with scaly veils residues and acute tones of greyish shade. The lamellae are very narrow and spaced from the stem, high and fragile, whitish, with presence of reddish spots if old or manipulated. The stem is 1-3 × 8-18 cm, straight, which widens towards the base with a bulbous appearance and a smooth surface. It is white at the top and then more and more faded from pink to red towards the base. Equipped with a meaty ring, inserted in the summit position, which falls with a large skirt on the stem, colored in the lower face. Not very visible volva, the general veil is fragmented and residual at the base of the stem only of small perliform protuberances. The meat is white, tender and after a while it becomes rosy-vinous, slightly acrid and with no odor.

Uses and Traditions –
Mushroom known since ancient times and sought after for its good edibility from cooked because of the presence of hemolysin which is thermolabile at 70 ° C.

Preparation Mode –
It is a mushroom that is consumed cooked like other edible amanites.