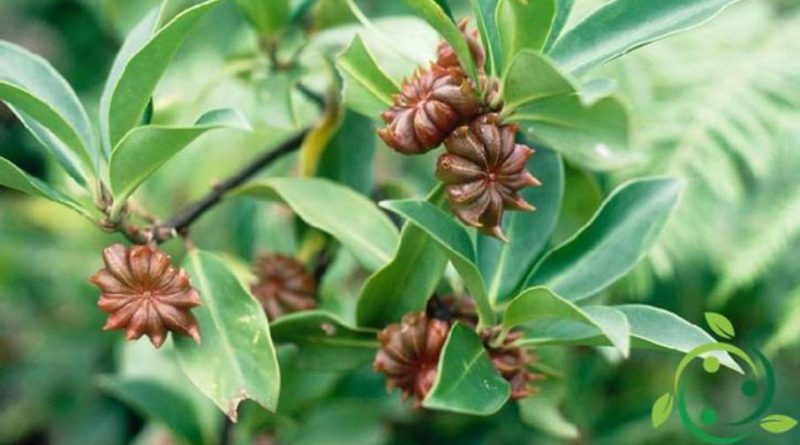 How to grow star anise

In this sheet we see how to grow star anise and what are the measures for a more natural production of this plant. The star anise (Illicium verum Hook.f.) is a tropical tree of the evergreen Illiciaceae, 5-10 meters tall and native to the forests of Southeast Asia (south of China and Vietnam).
It is a plant with large flowers of decorative value, from which the star-shaped fruit is formed (that is why it takes the name of star anise) which at maturity opens up letting the seed escape. The leaves are persistent and resemble those of the magnolia. The fruits, which are improperly called seeds, are collected still green and dried in the sun becoming colored between brown and reddish.
The star anise, to grow well, needs very sunny positions and climates with long and very hot summers.

The minimum temperature of the cultivation area must not fall below -5 ° C and the plant must be sheltered from cold and dry winds. The soil must grow the star anise must be very fertile, with organic substance, well drained and without stagnation. The multiplication of the star anise occurs by seed; You can start from seedbed protected in February-March, or in April directly at home. This plant does not tolerate transplants well. The plant during its vegetative life has no need for rescue irrigation; only in the case of implantation of young seedlings can irrigation be carried out only in the early stages and if the seedlings show signs of deterioration due to water scarcity.
For fertilization we recommend only organic with mature manure or compost to be administered with a light processing of the soil in spring and at the limit, in addition, even in autumn. The pruning of the plant is necessary only to eliminate the dry branches or excessive vegetation of the internal part. No particular and significant diseases and parasites of the plant are found.
Star anise was already cultivated in Tuscany at the time of the Romans and later in the Middle Ages it was introduced and cultivated also in central Europe.
This species is widely used as an aromatic plant in oriental cuisine to particularly flavor meat dishes. In western cuisine it is used as an aroma for sweets and for the production of liqueurs (Anisetta). The seeds are steam-distilled to extract essential oils with a characteristic aroma. However, in general, both the seeds and the essence are used in cooking to flavor foods.
Star anise can be confused with a very similar and toxic variety, which is Illicium Religiosum Sieb, known as “Japanese Anise” or “Star Anise Bastard” or “Shikimi”. This plant belongs to another family (Magnoliaceae) and is native to Japan. The seeds or fruits of this plant are very similar to those of the star anise but slightly smaller, have a more rounded shape and have a small hook.