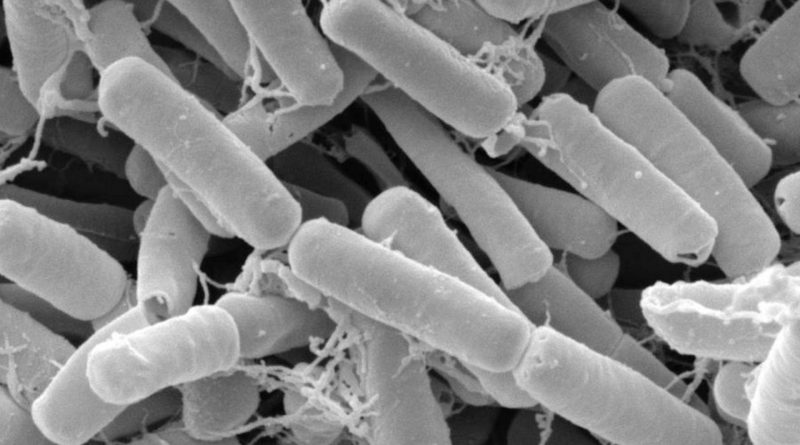 Bacillus thuringiensis is a sporulated bacterium that is used in organic farming and that lives in the soil. This bacterium when ingested by contaminated plant sporulates in the host freeing the delta-endotoxins (Bt toxins) that are harmless to humans and can damage the digestive tract of some diptera larvae, including mosquitoes, and cause paralytic damage in the caterpillars of many Lepidoptera.
The toxins responsible for these actions are found in crystals that break up in the particular alkaline ph of the intestines of some insects and are therefore insoluble with the strongly acid pH of the human digestive system. Moreover, Bt toxins are very specific and act only in the intestine of certain species of insects.
For this reason these toxins are used in the formulation of some insecticides, both in organic and intensive agriculture. The toxins of Bacillus thuringiensis are also used for the creation of transgenic plants that are able to produce the toxin alone.

In the commercial formulas, sugary substances are added which are more appetite for the larvae.
Bacillus thuringiensis is also used in apiculture for the biological control of the beeswax tarma.
The most widely used variety in organic farming is that of bacillus thuringiensis kurstaki (B.t.k.). It is mainly used on tomato Tuta absoluta and, also for horticultural crops, cabbage, noctua, vanessa of thistle, borer; in the treatment of pomaceous plants, against moth larvae, defoliating, tortric, ifantria; for citrus, olive and vine against moth larvae; for potatoes and aubergines against dorifora larvae; for forest crops and in the public green against processionary larvae, moth defoliating, limantria, stilpnozia and ifantria.
Beware though because despite the widespread belief about the safety of Bt, it has not been verified and in fact, many experts believe that Bt is not at all safe.
As the Bt toxin damages cell membranes to kill insects, literally bursting their stomachs, researchers have had difficulty examining the negative effects it can inflict on human health … and there are many negative effects. The aggressive mechanism of Bt damages the digestive system and attacks normal intestinal cells. It can cause problems like leaky gut syndrome. Even worse, Bt does not come out of your body with unused remains of the food with which it has entered.
Research has shown that the Bt toxin persists in the gastrointestinal tract weeks after exposure and that Bt has a toxic effect on the lungs and other organs. In rare cases, Bt can also ravage the eyes, causing severe irritation and even blindness.
Exposure to Bt is a major problem for agricultural workers who handle chemicals that contain it. In a study that evaluated agricultural workers in greenhouses, it emerged that almost half of these workers had Bt in their stool samples. In short, there are real residue problems in the foods we eat (whether they are organic or GMOs) and on this the research must still make many checks also in relation to the decrease in Bees; unfortunately without an efficient Public Research the truth hardly surfaced.