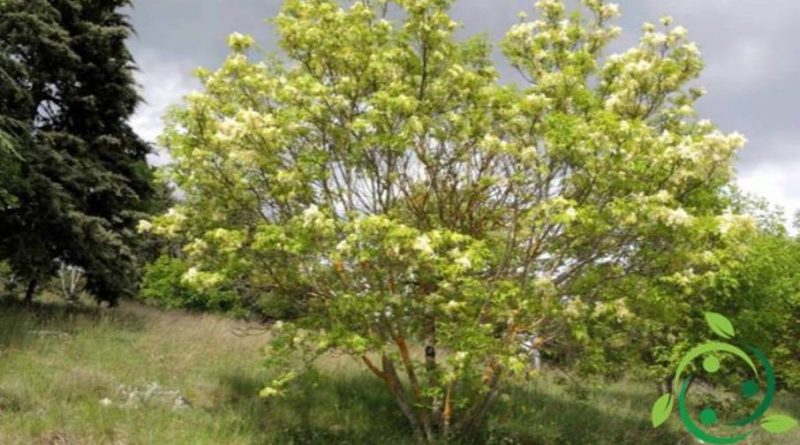 How to cultivate the tree of manna

Cultivation of the manna tree is allegedly due to Islamic domination (IX-XI century AD); The oldest document mentioning the manna goes back to 1080 in a diploma of the bishop of Messina. In the second half of the nineteenth century, Sicily became the largest producer. In this tab we see how to grow the tree of manna. Nowadays the cultivation is limited to a few areas of Sicily, namely only in the territory of Pollina and Castelbuono and in a marginal time in the area of the mountains above Cinisi, with a cultivated area estimated in 2002 at about 3200; Has here the latest generation of growers who maintains the precious cultural and cultural heritage linked to the world of the ancient craft of the “Ntaccaluòru”, a trade that is based on the harvest of manna from ash. Manna is the lymph extracted from the bark of some species of plants of the genus Fraxinus (ash), in particular Fraxinus ornus (orniello or ash ash). In some centers until the 1950s, manna was the basis of the local economy for local growers. The phenomenon that has driven new generations to prefer work in the city, rather than agriculture, has contributed greatly to the abandonment of manna culture.

Manna production, however, offers a good income compared to the past (every kilo has a cost higher than 20 euros, and the price is always growing).
The ornate is a species of forestry, because it can be considered a pioneer species, resistant to difficult climatic conditions, and therefore suitable for the reforestation of arid and droughty soils. It is cultivated in Sicily and Calabria for the production of manna; in Tuscany it is frequently used in vineyards as a vineyard support. It multiplies easily with sowing.
Unfortunately, there are still a few scientific publications on the Hornet, especially in relation to the use of this plant and its products for the rural repopulation of some areas of the interior.
In fact, in Sicily, in the two main areas where it is present (Castelbuono area and Cinisi area) its presence decreased in the years in spite instead of great agronomic potentials and productive use.
Manna is a typical Sicilian product, as such is recognized and is part of the list of traditional agro-alimentary products (PAT) produced by the Ministry of Agricultural and Forestry Policy (Mipaaf). Manna is recognized as Slow Food Presidium and for this reason, along with the growers, a production discipline has been drawn up that guarantees its quality and provenance.
Unfortunately, the number of growers is decreasing more and more; Nowadays only the elderly know how to cultivate and practice engravings on the bark of the ash trunk with a particular knife called mannaruolo.
From the small cross-engravings created with precise gestures, slowly start a juice originally of cerulean color and bitter taste (lagrima), which in contact with the air quickly becomes clear and sweet. Condensing, cannoli form and stalactites of white and scented.
The harvesting operation is carried out every week with the bow, the pallet and the box (special tools for harvesting the manna)
The manna is classified according to the collection method:
Manna cannula: it is the most precious, similar to a stalactite; It forms from the drip of the lymph along the bark of the tree and it is collected with the bow.
Scrap Manna: It consists of the lymph that flows along the bark; It comes off with the fat and collects in the box.
Manna in fate: it is formed by the lymph that accumulates in the cystode cladodes specially prepared at the base of the trunk.
Since the most valuable category is the cannola manna, a new collection system has been developed in order to increase its quantity. This system involves the use of nylon wires tied to a small steel sheet placed immediately under the engraving; The lymph flows along the wires and solidifies, forming large cannoli, which can be collected every two days, in contrast to the traditional method that provided weekly collection.
The production is dried (stencil) for the first 24-36 hours in the shade, to remove and clean the cannoli and stalactites from impurities; Then in full sunshine for about a week, until the product reaches the right moisture content (about 9%). Lastly, carefully selected, it is stored in special wooden containers and stored in a dry environment.
Usually the first engraving falls in the second to third decade of July. During this period, the scaling (or squashing) is carried out that involves landing the ground around the trunk until the upper part of the larger roots is bare; Thus making it easier for the plant to enter a water stress condition indispensable for production purposes.
In order to find the appropriate time for the first engraving, the sawmill examines the maturity of the plant by checking that the soil is completely dry and leaves the roots, the leaves flowing from green to a green to yellowish; In addition, in order to verify the actual state of the tree’s stress, it is wise to know the degree of fading of the foliage.
When the plant is ready, the first engraving with the mannaruolu is done; The incision takes place transversely to the base of the trunk from 5 to 10 cm from the ground. The incisions (nccles) are made every morning at a distance of about two to three centimeters from the previous groove. The first engraving begins in the second half of July and ends at the end of September, if weather conditions allow it.