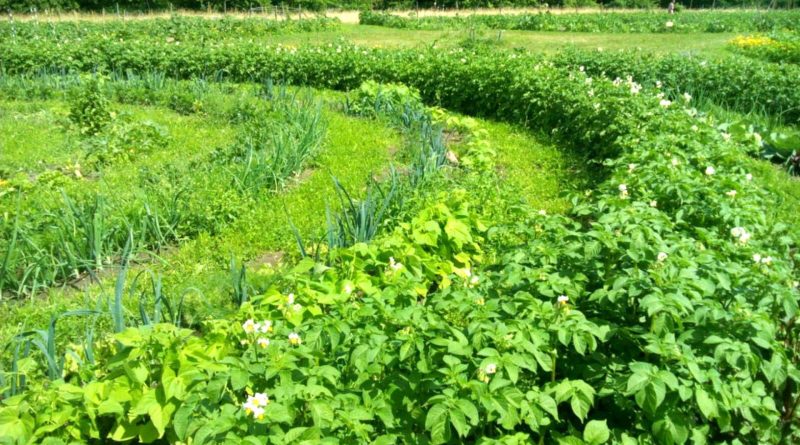 Synergistic Agriculture is a cultivation method developed by the Spanish-born farmer, Emilia Hazelip. This agricultural model is based on a principle, widely demonstrated by the most up-to-date microbiological studies, that there is a synergy between the land that grows plants and these that create fertile soil, through their “radical exudates”, the organic residues that they leave and their chemical activity, along with microorganisms, bacteria, fungi and earthworms. The perfect synergy between the two actions allows to obtain products with a different quality, a different flavor, a different energy and a greater resistance to pathogens; through this way of cultivating it is returned to the earth, in terms of energy, more than what is taken, promoting the self-fertility mechanisms of the soil and making agriculture a sustainable human activity. So synergistic agriculture is based on closed thermodynamic systems and therefore with much more efficient dissipative systems.
Synergistic agriculture is the fruit of the adaptation to the Mediterranean climate of the natural agriculture of the Japanese microbiologist Masanobu Fukuoka and of the Permaculture of Bill Mollison and David Holmgren.

Contributors to the creation of this discipline were the contributions of authors, researches and the revolutionary approaches of many other scholars such as the Lithuanian archaeologist and linguist Marija Gimbutas with his most important work La Civiltà della Dea (Vol.1 and 2), of the American agronomist Edward Hubert Faulkner (1886-1964), with his book Plowman’s Folly (The madness of the man who plows), the North American horticulturist Ruth Stout who was a pioneer and supporter of the ecological agriculture without tillage, the Australian scientist Alan Smith with his revolutionary article on the oxygen-ethylene cycle The living soil, published in “Australian Plants” vol.9, n. 73, 1977, the American scientist William R. Jackson and his article Protecting your soil microorganisms, published in Acres USA, vol 27, n. 12, 1997 and the US soil biologist and researcher of Soil food web (Elaine Ingham).
If we want to summarize some basic rules of synergic Agriculture, these are:

For this reason, the Synergic Agriculture is one of the agricultural models that maintaining the fertility of the soil and the connected ecosystem guarantees an agri-food system for grenades of human growth.