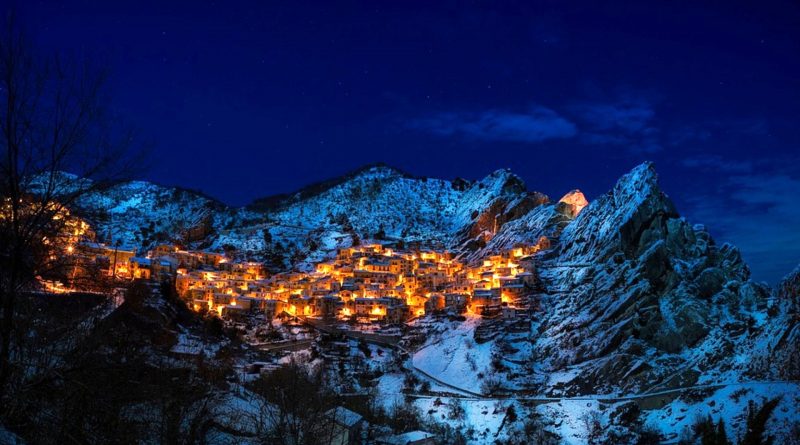 The concept of bioregionalism is formulated, for the first time, by Peter Berg and Raymond Dasmann in the late 1960s. Bioregionalism is a theory based on the identification and study of areas called bioregions or ecoregions. The applicative implications of this theory have repercussions both from a cultural, political, economic and environmental point of view. Bioregionalism, through ethical, political, ideological principles, sees and subdivides the territories as homogeneous ensembles from the morphological, anthropic, ecological and energetic point of view. In the bioregionalism theory, many disciplines are combined that tend to define homogeneous sets on which to assume homogeneous and typical socio-cultural, political and organizational paths. The study of bioregions largely uses the set theory developed by Georg Cantor. It is a new vision that discriminates homogeneous geographical territories in order to define government criteria dictated by the rules of nature and not by human interests. “The government of nature”, as Kirckpatrick Sale has summarized the meaning of bioregionalism.

At the heart of bioregionalism is the identification of the bioregion; this is a territorial unit, with homogeneous physical and ecological characteristics. To date there is no standard dimension: it can be a large river valley or a mountain range, it can embrace different ecosystems.
Bioregions are therefore inter-related macro-ecosystems, with a natural ecosystem and a social ecosystem. According to Peter Berg (among the founders of bioregionalism) the bioregion is a function of “both the geographical terrain and the terrain of consciousness”.
But bioregionalism, according to Thomas Rebb, is also a “form of decentralized human organization which, by proposing to maintain the integrity of biological processes, life formations and specific geographic formations of bioregion, helps the material and spiritual development of human communities. who live there “.
The consequences of bioregionalism are therefore reflected on the mutual influences between men and the environment and in which men must become aware (for the common and mutual good) of a new personal and ecological living in harmony with nature (the “real work” of Gary Snyder). This criterion was elaborated by the Canadian Alan Van Newkirk who came to the conclusion that the communities of living beings interact with each other and with their physical environment, according to the organization in groups that show continuity between physical and ecological characteristics.
Bioregionalism is therefore the basis for an overall revision of the territorial organization, for the good not only of human beings (which, however, in the European readings remain central), but of the whole biosphere, re-discussing the arbitrary state borders of late modernity, starting from the principle of self-determination, expressing autonomies and natural interconnections based on cultural identities. Bioregionalism, by incorporating the principle of localism, is not opposed to globalization. As in the theory of Proximity, developed by me in the book: How the Titanic? We can begin to think that in politics too the old Newtonian model of cause and effect must be included within much more complex functions but defined by very simple principles like all those of Nature.