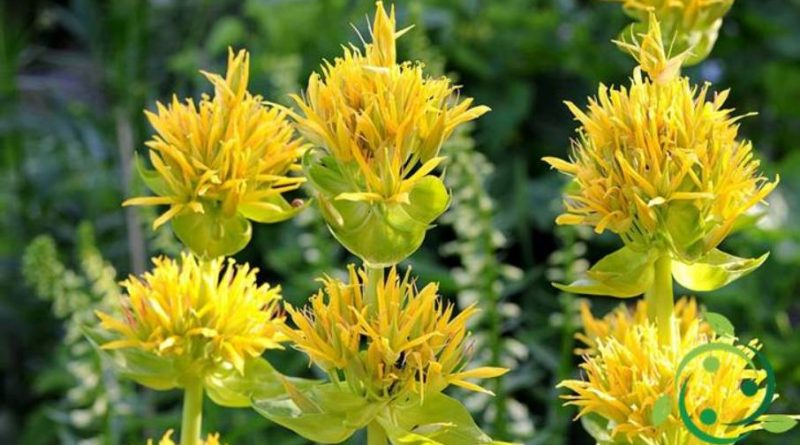 How to grow the Greater Gentian

To understand if and how to grow gentian, one must first of all know that the gentian major (Gentiana lutea L., 1753) is a perennial herbaceous plant.
It is a plant that prefers damp and rainy climates and sunny environments. For its cultivation it is necessary to know that the gentian, to germinate, can take even four years, and with blooms that can last even for ten years. It is also cultivable in pots. This plant, however, once grown has a great ornamental value in addition to quality which will be discussed later. Gentian grows in soft, drained soils with a slightly acidic pH and soil with good organic substance. The gentian major should be irrigated after planting, after which it has no particular water needs as with its very extensive root system can draw on the water resources it needs.

To start cultivation it is better to buy the seeds at a nursery and to plant them in autumn. Alternatively you can also find seedlings already in pots. The gentian propagates however not only by seed, but also by division of the rhizomes to be taken at the end of spring. The gentian bloom occurs between spring and autumn.
The Greater Gentian is a rare and protected plant, because otherwise it would risk extinction. This plant is considered an eupeptic: it stimulates appetite and aids digestion. Known and cultivated since the Middle Ages. The roots are used in gentian.
For its aroma (bitter and fragrant) and for its digestive properties it is widely used in liquor, entering the composition of different bitters. In alpine areas it is common to find grappas in which gentian roots have been infused, giving a characteristic aroma and digestive properties.
Preparations based on gentian roots can also be used on the skin, for wounds and burns. Some gentian varieties also have febrifugal properties. Other properties of gentian are those that are digestive or for those who need diuretic functions and for those who need a natural toning supplement. The gentian major also helps to combat cold and increases the immune system.
Be careful because during the collection of the spontaneous species it can be confused with the toxic veratrum (Veratrum album), as with similar morphology but with alternate and non opposite leaves.
Gentian is a very rustic plant. If yellowing or bad weather appear, they are usually due to cultivation errors, such as poorly permeable soils, excess irrigation or poor soil of organic and calcareous substances. Even any fungal diseases (fusariosis and rottenness) are linked to these errors.
If instead aphids should appear, especially from the beginning of spring, it is possible to work with excellent results with nettle macerates.