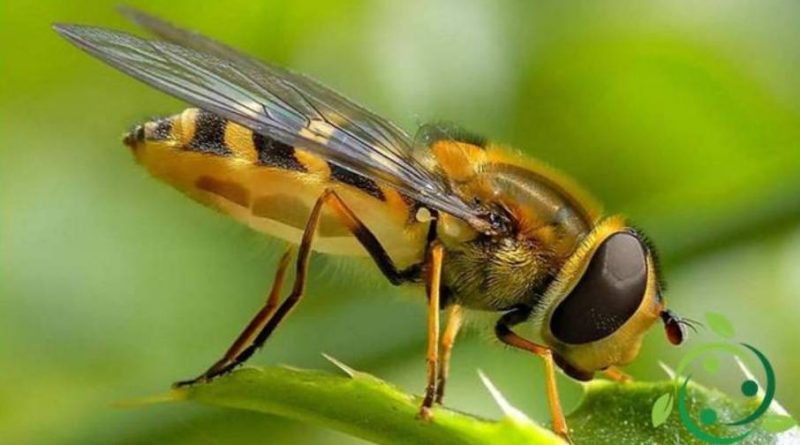 Ecological role of the Sirfidi

In the concepts of agroecology all living beings play a role within the agricultural dissipative system. However, the balance between the various living beings is often altered by wrong productive organizations, dictated by commercial dominance, which have led to agricultural specializations.
This is the case of many insects which, having escaped the ecological balance, determine the need for often worse interventions than the solution to be found, such as the use of pesticides to fight them.
Among these insects, in this sheet, we will discuss the ecological role of the Sirfidi.
The larvae of many species of the Dithteri Sirfidi are in fact predators of aphids, which are among the major targets of pesticides because of their infestations especially during the spring period.

The adults of the Sirfidi instead feed on nectar and pollen, carrying out the important function of polluting many superior plants, including crops. When we kill the aphids we also eliminate the Sirfids with catastrophic consequences and productivity losses that are never considered or accounted for. We also consider that for adult mobility (some species are even migratory), the Sirfidi are among the first natural enemies that colonize crops after insecticide treatments. Among these, the species of afidifagus sirfidi are generally polyphagous. The exception is the larvae of the Xanthandrus comptus species that prey on larvae of various Lepidoptera, including Tortricidae, and have also been reported as natural enemies of the larvae of the Tignoletta della vite. Another important aspect is that the predatory larvae have a high voracity and are characterized by mainly nocturnal activity. This reason, combined with the ability to camouflage with the foliage often do not detect it by implementing totally wrong fighting methods. Their role is such that in certain years many species are able to contain populations of aphids of many crops, even if their action is more effective on herbaceous and horticultural crops.
Another interesting fact is that the populations of many afidiphagous Syraphids show fluctuations of their populations in alternation with those of Coccinellids. Since the larvae are parasitized by many species of Hymenoptera, it seems that the parasitoids really influence their oscillations significantly.
At this point, after these considerations, what remains to be done concretely to the farmer? It must implement techniques that contribute to the strengthening of the populations of afidiphagous Sirfides. For this reason it is important to favor the presence of herbaceous plants (this is one of the reasons for the herbaceous joint and grassing) fundamental for the feeding of adults. And in this sense it is noted that the adults of the Sirfidi, while frequenting many flowers, show preferences for plants belonging to the umbelliferous and cruciferous plants.
For example, recent studies have shown that buckwheat, alisso and coriander are species that particularly attract the populations of Sirfidae.
Ultimately, the increase in the complexity of the agroecosystem will improve the entire yield with ecological benefits and, of course, also economic.