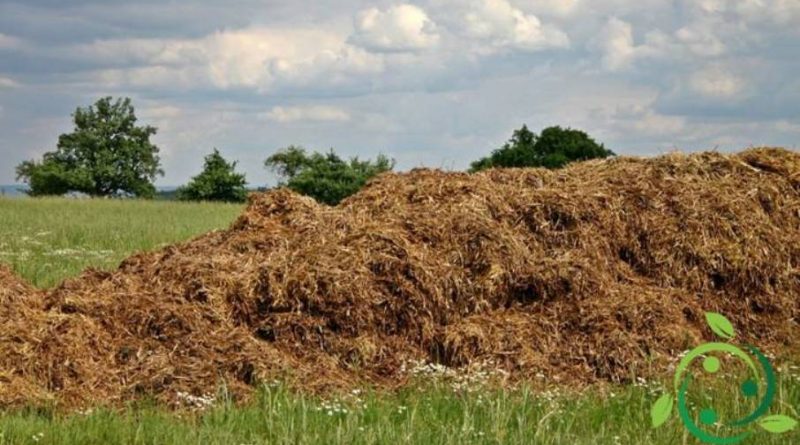 The manure is perhaps the oldest and most traditional manure used in all parts of the world; we now see the manure, characteristic and benefits for organic farming. The manure is derived from the excrement of farm animals, especially cattle and horses, which are collected in the litter (straw or sawdust) are left to ferment and mature. Both cow and horse manure are excellent fertilizers that perform multiple actions in the soil. For the use as fertilizer it is necessary that the manure undergoes a ripening action, without which, by placing the fresh manure directly in the ground, there would be diffusion effects of rotting among the plants; moreover, the dejections carry seeds that are still active seeds that would cause numerous weeds in the garden.

This maturation on average needs a time ranging from four to six months.
The inputs of manure in vegetable crops vary according to some parameters (type of soil, crop, period, etc.). however, an average quantity can range between 3 and 4 kg per square meter per year.
For the use of manure in organic farming or in any case of an absolutely natural agriculture it is clear that the animals from which the manure comes and the litter come from biological agriculture and zootechnics or in any case are absolutely pesticide residues or synthetic products .
The most important characteristics of the manure are not only due to its contribution in fertilizing elements, especially nitrogenous but also phosphorus and potassium and microelements, but also for its particular chemical-physical characteristics that positively interfere on the soil structure, its biochemical characteristics and on its long-term fertility.
In short, the manure is therefore a substance that balances both the nutritional and microbiological and structural aspects in the soil, allowing the fertility of the soil to be restored every year if it is well managed.
The addition of manure, even if it can be used at various times (replanting and covering), plays an important role especially during the preparation of the land that must host the new crop. The foresight must always be to incorporate it into the ground (using manual or mechanical tools) immediately after distribution. Orientatively the best periods for letting the horticultural crops are at the end of February and September, while for the pre-implantation tree crops.
The choice of the use of manure must therefore be made both in relation to the crop that we must cultivate but also depending on the state of maturation of the manure that can not be too fresh (for the defects mentioned above) and not too mature and dry as it has already lost a large part of its characteristics fertilizers and soil improvers.
Obviously the addition of manure must also be done according to the type of plants you will grow; in principle it must be distributed according to the rotation of the vegetables for which it should be made with solanaceous plants, cucurbits, etc. and it should not be used for legumes which, by their very nature, as well as having the ability to fix nitrogen, will only have to exploit the fertility of the crops that preceded them.