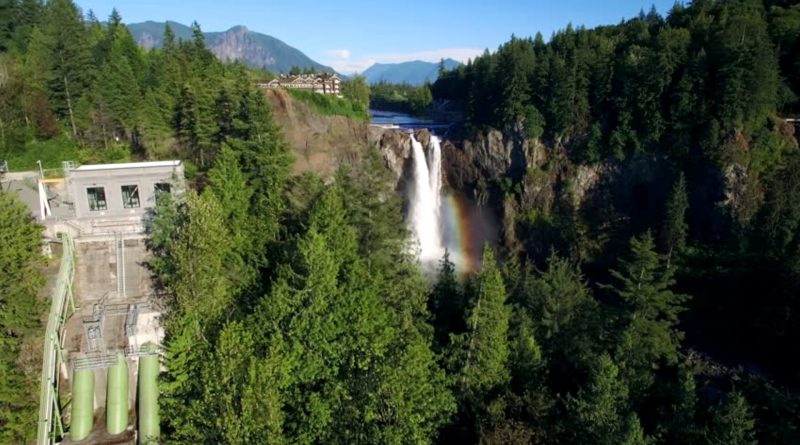 Hydroelectric energy, also called hydraulic energy or water energy, is the kind of energy that can be obtained from the movement of the mass of falling water. Obviously depending on the size of the water mass and the jump of the same, different powers can be obtained.
The criterion has been known since remote times but the transformation of kinetic energy into electrical energy is obviously more recent. With the advent of energy limitations from non-renewable sources this energy source can be a good source of integration even in micro-plants of more private use.
For the production of hydroelectric energy the principle is used that a mass of water, falling, produces kinetic energy that, thanks to a turbine and an alternator, is then transformed into electricity.

The future of hydroelectric power increase is not only linked to traditional watercourses, where it is possible to exploit a “leap” of water and a difference in altitude to be converted first into kinetic energy and subsequently into hydroelectric energy, but it is also linked to a new way of designing even small and medium-sized reservoirs equipped with a system that can better exploit the potential gravitational energy possessed by masses of water at high altitude.
Like all renewable energy sources, hydropower needs therefore a careful political planning that detects the punctual potential of the territory by combining the increase in water supply for civil purposes and irrigating the increase of this energy source. The increase in this source of renewable energy is therefore largely played on small hydropower. The term small hydropower (from the English small hydro) refers to power plants, which in addition to exploiting hydroelectric energy, are characterized by the fact of having a reduced installed power, which involves the use of structures much smaller than a normal, safer dam, thanks to the lower volume of water in the basin, and that also have a low environmental impact and landscape.
For the future of hydroelectric power plays an important role, especially in terms of political choices.