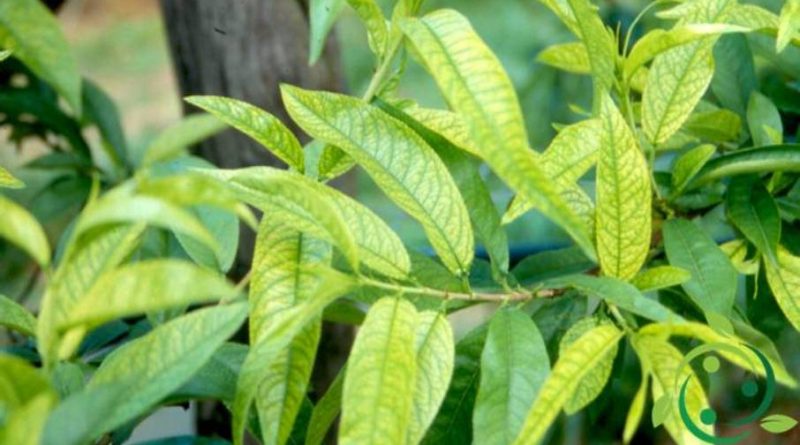 How to make iron to plants in a natural way

The role of iron in plant biology is of primary importance. Iron performs a very important task in all metabolic functions involving oxidation-reduction reactions. Iron is present in cytochromes, cytochrome oxidase, ferridoxin, reductases, and so on. Iron intervenes, therefore in respiration, in the synthesis of chlorophyll, in photosynthesis, in protein metabolism, in nitrogen fixation biochemistry and in the reduction of nitrates.
The most obvious manifestations and symptoms of iron deficiency in the plant are those of chlorosis, that is the presence more or less evident in the leaves of the plants of areas with less chlorophyll pigmentation and therefore of color tending towards yellow and, in severe cases, of necrosis, desiccation until the death of the plant.

The manifestation of chlorosis is not only due to the lack of iron in the soil but can also be determined by the impossibility of the plant to assimilate it from the ground. Typical are the chlorosis of citrus fruits on calcareous soils that prevent the assimilation of this element especially in citrus. Therefore, when ferric chlorosis occurs, we must ask ourselves if we have not made agronomic errors (unsuitable soil, unsuitable rootstock, presence of other elements or substances that impede the assimilation of iron, etc.). often we are unable to provide iron inputs to the soil with poor results and serious ecological as well as economic consequences.
In integrating iron or creating conditions that allow it to be assimilated, we must also think of completely natural solutions.
Among these we mention some:
• Addition of nettle macerate – in addition to its agroecological functions this preparation is rich in nitrogen, iron, magnesium, nitrates and potassium;
• Intake of exhausted pomace – the integration of this organic substance plays two important roles because in addition to providing iron it improves the pedological conditions for its assimilation;
• Mature manure in the soil – this fertilizer par excellence does not only act for its contribution in iron (and other microelements) but for its interaction with the soil particles and the creation of organic acids that favor the assimilation of iron;
• Contribution of all those substances, especially of an organic nature which, by lowering the pH, create better conditions in the soil for the assimilation of iron.
• Consociation and rotation with legumes (especially lentils) that have a great ability to assimilate iron from the soil and then to return it in an organic form more useful to other plants.
To this are added all the most known solutions such as the addition of iron in an inorganic form (Salts) or more complex or organic (such as chelates, umates, fulvates, etc.) which are notoriously used for this purpose.