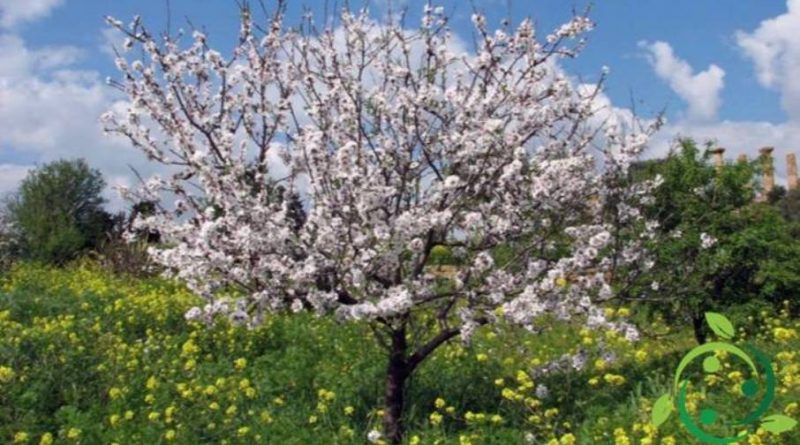 How to grow the almond in a biological way

The cultivation of the almond tree (Prunus dulcis (Mill.) DAWebb, 1967) with ecological criteria, even if it is a plant native to central-western Asia, is quite easy because it fits very well to our climates especially in the south and in particular Sicily, Calabria, Puglia, Basilicata and Sardinia. This is because its temperature, exposure and rainfall requirements are typical of the Mediterranean climate. This is why it can be successfully cultivated in these regions while it finds considerable difficulties with colder temperatures and cold winters, especially for late frosts that are detrimental to the flowering of this species that can start even at the end of December and last until March.

The almond prefers then dry soils, well drained and not rich in clay. It is a rustic plant that adapts to poor soils, but a good supply of organic matter increases its productivity considerably. As for the soil must be very deep because this plant is endowed with a root system among the largest of tree species; in some cases there are radical apparatuses that have a volume of 5-6 times that of the crown. This is manifested above all in dry soils and is therefore an adaptation of the plant to these conditions in which it manages to survive. It is evident, however, how the use of irrigation, which was once avoided for this plant, represents a technique that allows us to increase production and especially to have them homogeneously. The phases in which to intervene with irrigation are those of enlargement and ripening of the fruit. For the volumes of watering, even small amounts are very efficiently warned by this plant.
The almond can be grown starting from seed but for a proper cultivation we suggest starting from a plant grafted on a rootstock (therefore to be purchased in specialized nurseries) that gives you the best guarantees for the type of soil and the type of climate. Ultimately the main rootstocks can be: Franco from sweet or bitter almond seeds, but it is not suitable for irrigation or soil subject to asphyxiation; GF 677, used for business plants, adaptable to many soils except clay; PS A6, which leads to a lower vigor of the plant.
With regard to self-incompatible varieties, the presence of other contemporary flowering varieties is necessary to promote cross-pollination. The sixth of the most recommended implant is 6 x 6, while for the breeding form it is preferable to use a 4 or 5-row pot.
The fertilization must be done at the time of the plant directly in the holes with well-mature manure or compost and during the production phases with letamations in winter and the addition of ash (not exaggerate in calcareous soils) coming from the burning of pruned branches.
For adversity it is sufficient to implement controlled grassing or mulching, the use of “Bacillus thuringiensis” and the repopulation of predators by the practices recommended by biological control. In this regard, as the pollination of almond flowers carried by bees and other pollinating insects, the presence of hives or anyway of ecological and natural islands in the surroundings is appropriate.