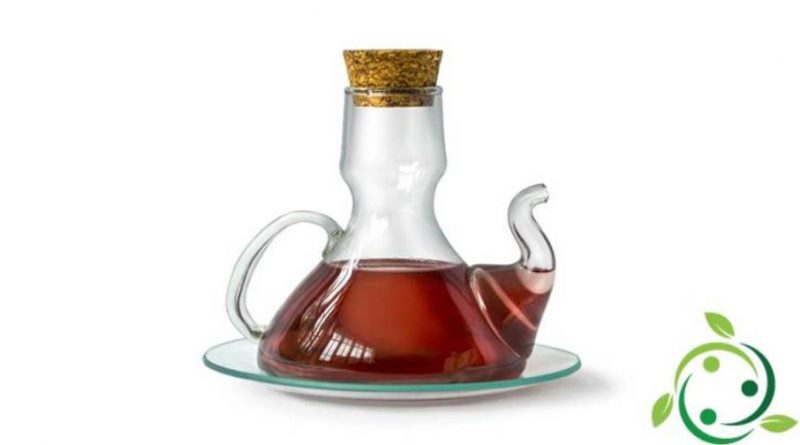 How to prepare homemade wine vinegar

Among the vegetable products used since the history of the times we find vinegar. A food that can be produced at home with little expense and a few tricks. The starting point is obviously a wine, possibly organic, therefore with the absence of compounds that can hinder acetic fermentation, such as for example. bisulfites. The alcohol content of this wine must be less than 12 ° so that the wines destined for vinegar production must be light red or white wines.

At this point place the wine in a fairly large container, this because we have to have a greater surface contact with the air and therefore a better exchange with oxygen which is a fundamental element in acetic fermentation. After this operation we must inoculate our wine with cultures of vinegar bacteria (which can also be purchased via the Internet) or add a piece of bread dough that you have leavened; often a piece of bread and a spoonful of vinegar is enough, but the first procedure is the safest one. For the quantities of bacteria these are indicated in the packages while for the addition of leavened dough just a few grams and a tablespoon of vinegar are enough to start the reproduction that will lead to acetic fermentation (in fact, even with a few grams the vinegar bacteria multiply very quickly). Once this operation has been carried out, make sure that the container is not hermetically sealed, but gently rest the cap or light gauze over the container.
After a few days you will see a film forming on the surface of the wine which will tend to thicken more and more; this is the so-called mother (which are nothing but the bacteria of vinegar). Put the container away from light and at cellar temperature (between 15 and 27 degrees) for about 3 weeks. When the alcohol has turned into vinegar, filter the liquid through a cloth and bottle it.
At this point you can put the mother back, which will remain in the cloth, in the fermentation vessel and cover it again with wine to produce new wine vinegar.