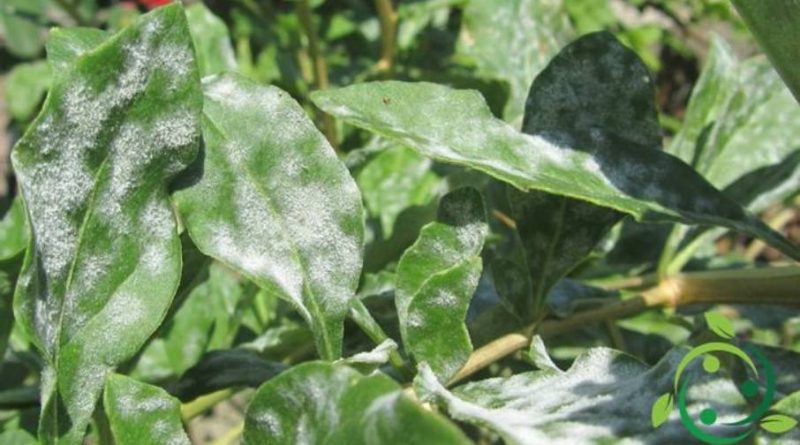 How to fight Oidium in a biological way

The biological fight against oidium (also known as mal white, white mold, albugine, fog, etc.) is born in the meantime from good agricultural practices and prevention techniques and, subsequently, if it presents itself, from adequate fighting techniques and without use of synthetic plant protection products. This group of microscopic mushrooms (belonging to the family of the Erysiphaceae) damages in many ways many crops, both horticultural, herbaceous, shrubby and arboreal, especially with the subtraction of nutrients from the cells of plants. These mushrooms produce filaments from which subsequently spores develop, called oidium spores, which then in spring, through the wind, pass from plant to plant by making infestation. The species of this mushroom family specifically attack the different agricultural crops.

However, the symptoms are always very similar, so that the powder is presented as a white / greyish mold patina that is deposited in particular on the lower page of the leaves, in the form of white spots with a round shape and therefore not immediately identifiable, which subsequently increase until it merges into much larger spots. If the infestation is not contained, the oidium progresses and the leaves of the plants start to turn yellow, to curl up to necrotize.
The main crops that can be affected by the bad white are: vines, zucchini, cucumbers, melons, etc., peach, rose, beet, cauliflower, black broccoli, savoy cabbage, fennel, carrot, parsley, celery, etc., but also other plants such as oak, laurel, pea, apple and cereals. The responsible agents belong to different species but, in the end, the very similar symptoms and prevention and fighting systems.
For a proper defense against oidium, however, it is necessary to know the conditions that favor it and those that are contrary to it. These fungi can grow from 6 to 32 ° C, but the best temperatures for the proliferation of the disease are 20-27 ° C, increasing the temperature to inhibit their growth until 35 ° C is inhibited. germination of conidia that die at temperatures above 40 ° C. The mycelium is also devitalized by high temperatures. The presence of rain and washing water on the leaves disadvantages the powdery mildew, but the presence and the increase of the relative humidity, as a consequence of the rains, favor the spread of the disease.
As far as prevention techniques are concerned, these are essentially to avoid irrigating the plants during the central and warm hours of the day, never directly wet the leaves, not to increase the density of your crops, and to clean (where possible) the parts dry and damaged. Another trick, too often overlooked, is to eliminate the use of nitric nitrogen which, in addition to all its food contraindications, produces a tendering of the tissues that are more susceptible to infestation.
Among the products allowed in organic farming, for the fight against oidium we obviously remember the sulfur, which has an excellent preventive and curative action. Also the bicarbonate of sodium for its pH hinders the growth of the powdery.
A further contribution may be from the products based on horsetail combined with the use of these in the fight against certain insects.