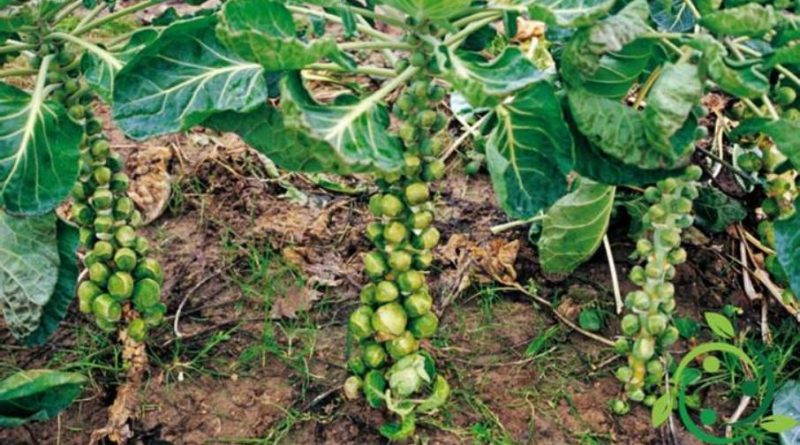 How to grow Brussels sprouts in a biological way

The cultivation of Brussels sprouts (or sprouts) (which are actually the axillary buds of a variety Brassica oleracea) (Brassica oleracea var. gemmifera) is not widespread in Italy but can be easily implemented by following the few rules that we report. It is a plant that develops a stem up to a meter high, where at the base of the cells are formed precisely spherical axillary granules. Generally a plant can produce 30 to 40 shoots.
For its origins it is a plant that prefers cooler climates and with not too cold winters and mild summers. So if the summer is too hot you have to think about partially shading the plant that loves deep soils, well endowed with organic substance (for this reason get yourself some mature manure or compost to work in the ground at least a month before sowing) and with a good drainage. The soil must then be worked twice: at least one month before sowing to bury the manure and with a refining and leveling of the soil before sowing.

The sowing can be done between March and August depending on the latitude where you are (you have to escape the hot period of formation of axillary shoots when it is very hot). The crop cycle is on average 4 months. They can be planted in seedbeds and then transplanted in open fields. For the sixths of the plant it is advisable to choose the one of 40-50 cm between the plants and 60-70 between the rows; for this plant we recommend the combination with the plants of tomatoes, celery, rosemary or sage. They improve the quality of the product and keep the cabbage away. As for the rotation, it must be taken into account that Brussels sprouts do not have to return to their own soil or other cabbage soil for at least two years and follow very well legumes such as peas, beans or beans that enrich the soil with nitrogen.
Among the agronomic techniques we recommend mulching with straws, which avoids continuous and laborious weeding, and an irrigation that is decreasing in frequency (without ever abandoning it) as the plant roots well. Another important technique is the topping; in fact, to encourage the enlargement of the grumoli at the end of the season, the top of the plant is cut off by depriving it of part of the leaves and leaving only the apical ones. The tops are edible.
The collection of Brussels sprouts is scalar and usually lasts two weeks. Depending on the variety (and the climate) it can start in August while for the late varieties it can end in December (but in milder climates). The flower heads are collected when they reach at least three cm in diameter.
Among the most frequent plant diseases, these plants may be subject to the alternation, to the peronospora, to the basal rot (rhizoctonia and sclerotinia) and to the hernia of the cabbage. In this case mulching and consociations are already a good prevention but if necessary it is possible to intervene with the decoction of horsetail. We also remember some bacteria including Erwinia Carotovora and Xanthomas. Among the insects we remember: aphids, elaterides, altica, noctu, cabbage and cabbage flies. Bacillus thuringensis and neem oil are useful against the larvae (noctue and cavolaia). The following indications can be used against aphids.