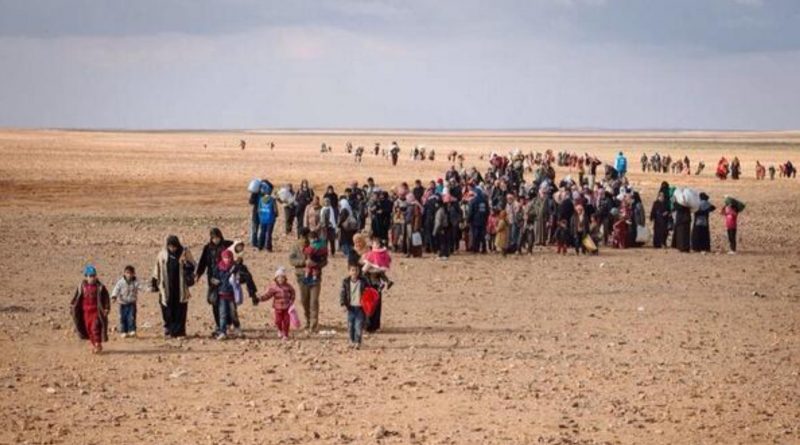 Stop exploitation of the soil – Sixth risk of mass extinction

For years, scientists around the world have been crying out against land exploitation due to intensive agriculture, deforestation, urbanization and pollution, but in fact nothing concrete is being implemented in any country in the world.
But on the subject they are back to thunder the UN and do so, shortly after the launch of the Global Land Outlook, with a report prepared by the Intergovernmental Science Policy Platform on Biodiversity and Ecosystem Services (IPBES) presented March 26 in Medellín, in Colombia.
The report is the result of three years of work by over 100 scientists on soil degradation. The data say that today the degradation of the soil resource affects about 3.3 billion people, with a global cost of 10 percent of global GDP.

During the Global Land Outlook the first sentences had arrived: every year 24 billion tons of fertile land are lost. A figure that will become exponential because the loss of soil corresponds to an increase in population that will lead to collapse as soon as possible if there are no serious and concrete political measures at world level.
Intensive agriculture is one of the main culprits of this incoming catastrophe.
To date only 25% of the Earth’s surface is free from the aggression of human activity and this figure for 2050, according to forecasts, will fall to 10%.
According to the report, if the current production paradigm is not changed, there will be a continuous increase in nutrient and chemical requirements, an increase in intensive livestock production systems, with a doubling of the use of pesticides and fertilizers by 2050. A catastrophe that is pushing the planet to mass extinction under the bleak eyes of the political debate.
The final conclusions of the document are that in just over three decades, 4 billion people will live in dry areas “, this will lead to a massive mass migration that will force hundreds of millions of people to migrate. To this must be added the political destabilization of these areas with a presumable increase in world conflicts of 45%.
And today politics, in the parliament halls of the whole planet, what are you discussing?