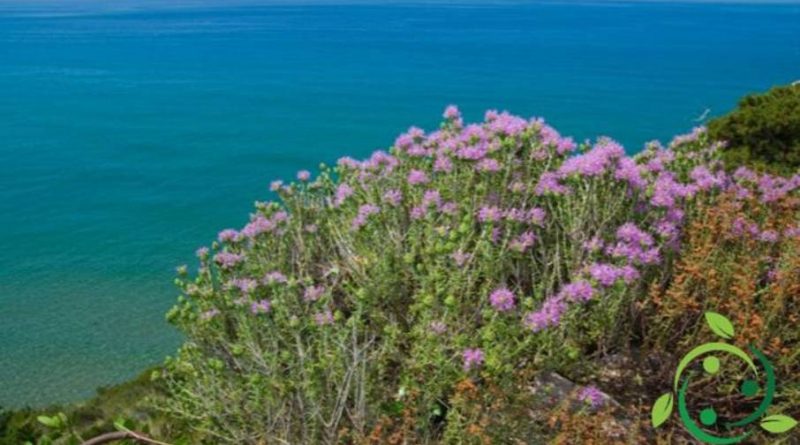 How to grow the thyme in a biological way

The thyme (Thymbra capitata (L.) Cav.) Is a perennial shrub plant that grows up to 30 cm in height with tortuous and woody stems and a very branched square section that can be grown both in pots and in open fields. There are several species of thyme but here we will deal with this species, emphasizing that for its cultivation we must be in the presence of warm Mediterranean climate and that fits very well in arid areas.
To cultivate the thyme, the suitable soil is light, calcareous and with good drainage and in a sunny area. For the cultivation in pot (with a diameter of at least 25-30 cm) it is clear that you have to choose a soil taken on similar substrates. Given its growth habitat it can be used for rock gardens.

For its cultivation we can start from both seed and cuttings; the best way to sow it is to do it in a protected environment between the end of March and the beginning of April, in a box filled with soil and peat; for the transplantation the period of July – August will be waiting. If you start from cuttings the most suitable periods are the mildest: between the months of March and May or those of September and October in rows at a distance of 50-60 cm from each other (about six to eight plants per meter square).
To have green and renewed jets, a careful pruning with removal of dry or too old or fragile branches should be carried out. The best time to prune the thyme falls between March and May and must be operated with sharp and disinfected scissors so as not to tear rather than cut.
As far as irrigation is concerned, this should be limited to the minimum necessary considering that a plant less irrigated by a better quality of its aroma and its essential oils. Identical speech for the contribution of fertilizer. Assumed that chemical fertilizers should not be used at all, the only lawful contribution is that of organic substances but in smaller quantities compared to ordinary crops. This avoids causing the thymus to vegetate too much with the loss of some of its organoleptic qualities.
The thyme is harvested through the mowing of the flowering plant (three to five centimeters from the ground) in the period from April to the entire summer period. The used parts of this plant are the flowering stems and the leaves. Flowers can be collected either in June or September. After harvesting, thyme leaves and flowers are dried. In the first years it is better not to overdo the harvest because the plant reaches its maximum level of production towards the fourth year of age.
The thymus is a plant very resistant to various pathogens and plant diseases but also this plant can be attacked specifically by: Alternaria oleracea (which affects the fruit), Puccinia menthae, Aecidium thymi fuck and Thyelauia microspora apinis that affect the leaves. If you follow the directions given (not exceeding in fertility, irrigation and choice of soil) you will have a better product (perhaps less abundant) but of better quality.