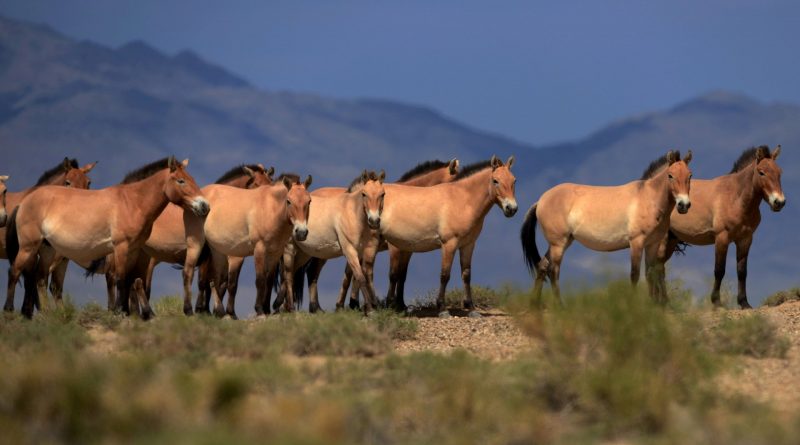 Until recently it was believed that Przewalski’s horses, a remaining population of about 2000 individuals, originating from the steppes of Eurasia, were the last species of wild horses on the planet. Unfortunately, the latest genetic analyzes carried out on this species show that Przewalski’s horses are not the last wild horses in existence, as believed so far but also descend from the first domesticated horses about 5500 years ago by the ancestors of the Botai population. This research was conducted by Prof. Sandra Olsen, a researcher at the University of Kansas and other colleagues, in an extensive research in international collaboration.

The sad deduction is that there are no more living wild horses on Earth and this is not just a romantic fact; in fact, many biologists, who have dealt with the evolution of equidae studying the horses of Przewalski, thought to study the last wild horses and then have to review many fundamental aspects.
This result was achieved starting from a series of fossil finds discovered in two sites of the traditional Botai culture, in Kazakhstan. These findings were sufficient for sequencing the genomes of 20 Botai horses. These were compared with the genomes of 22 other horses originating in the whole of Eurasia and lived in the last 5,500 years and with already published horse genomes, referring to 18 ancient and 28 modern horses.
The conclusion was that the Przewalski horses descended from the first domesticated horses of the Bota ancestors. A people originally represented by nomadic hunters, who later became sedentary. Domestication aimed to use these animals for consumption of meat and milk and as trawlers and work animals. This conclusion was reached through the correlation of data on the concentration of bones found, on the concentrations of sodium and nitrogen in the ground probably coming from manure and urine, and from pots with remains of milk.
Furthermore, the reconstruction of the horse’s phylogenetic tree on the basis of the analyzes showed that domestic horses do not form a single homogeneous group, as it should be if they all descended from Botai horses and that the documented domestication events are two different.