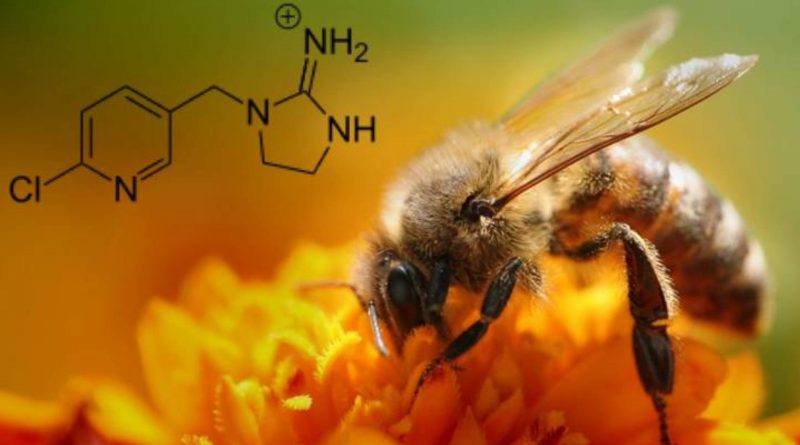 Now even the official has arrived at a question that was already quite obvious: the populations of wild bees, honey bees and solitary bees are in danger for the use of neonicotinoids; a danger that if not addressed will lead to the collapse of bee populations in Europe.
This was confirmed by the European Food Safety Agency (EFSA). This confirmation confirms the long-standing concerns; concerns that in 2014 had led the European Union to the moratorium to the use of neonicotinoids.

The EFSA document was issued after having dutifully examined three specific neonicotinoids (clothianidin, imidacloprid and tiamethoxam) in the residues contained in both pollen and nectar, but also in water and in powders that are dispersed with seed sowing that are treated.
Based on this opinion, Member States and the EU Commission will now have to issue an opinion on the ban on the use of these active substances (clothianidin, imidacloprid and tiamethoxam) in the agricultural sector. Remember that neonicotinoids are among the most used in agriculture.
All this to clarify the opinions, above all, of Bayer and Syngenta who instead argue that the collapse of the populations of these insects is due to the sum of a number of other factors without ever having (scientifically) argued these claims.
Now the ball passes to the permanent Phytosanitary Committee, which gathers experts representing all member states.
The committee knows that the attention of all citizens is now greater and that we can no longer joke with the fire because it is the future of all of us.
Above all, our country that boasts a particular biodiversity of these pollinators – we remember all the Sicilian bee (Apis mellifera sicula Montagano, 1911) – that are increasingly threatened by a model of agricultural production that has escaped from the rules and principles of nature.