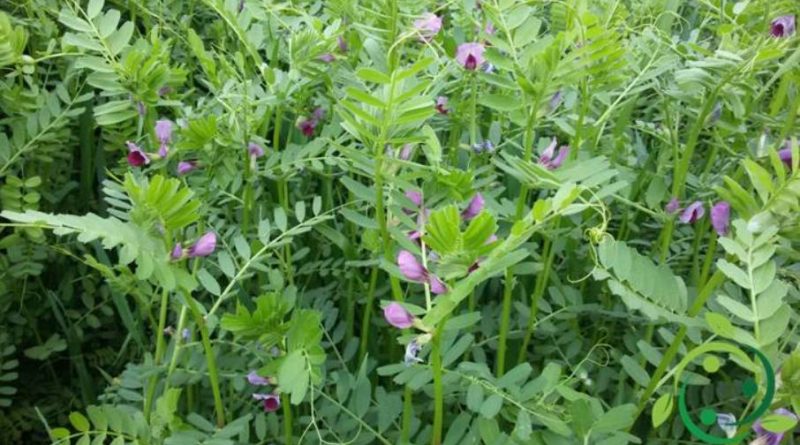 Nature had (and has) everything for Man but we, at some point in history, we wanted to do our way.
This is the case of nitrogen inputs in soils (an indispensable element for plant metabolism). In nature, as is known, this can be restored (after the removal of agricultural production) through legumes and the technique of green manure. These plants, through nitrogen fixation, are the most powerful “industire” of nitrogen production; a nitrogen that does not create any problem either in relation to man (see nitrite and synthetic nitrites intake) both for the ecosystem (see eutrophication phenomenon).
Fixation of atmospheric nitrogen or azotofixation consists in the reduction, by nitrogenase, of the molecular nitrogen (N2) in ammonium nitrogen (NH3). Ammonium nitrogen is subsequently made available for many important biological molecules such as amino acids, proteins, vitamins and nucleic acids through nitrification and nitration processes. The reaction in synthesis is as follows:

N2 + 8H + + 8e- + 16 ATP → 2NH3 + 16ADP + 16 Pi
Through this reaction the legumes (through the contribution of some microorganisms) are enriched with nitrogen that can put at “service” of the ecosystem and agriculture.
To enrich the soil of this precious element is then used the technique of green manure which consists, as is known, in landfill (especially legumes) in order to maintain or increase the fertility of the land. Suffice it to say that in one hectare cultivated with legumes, a quantity of nitrogen equal to that produced by thirty tons of animal fertilizer will be fixed.
Thus buried, the mass is immediately attacked by macro and microorganisms that transform it partly into humus and partly into readily usable nutritive elements (in particular nitrogen) from the culture that will follow. With the sowing of legumes (and the technique of green manure) you can make from 70 to 300 kg per hectare of nitrogen (depends on the species used, the density of sowing and the technique of green manure) equivalent to 100 – 400 q of equivalent manure.
At this point the question is: why must we continue to destroy the Planet and Man when Nature already has everything for us?
Reflection and response to you.