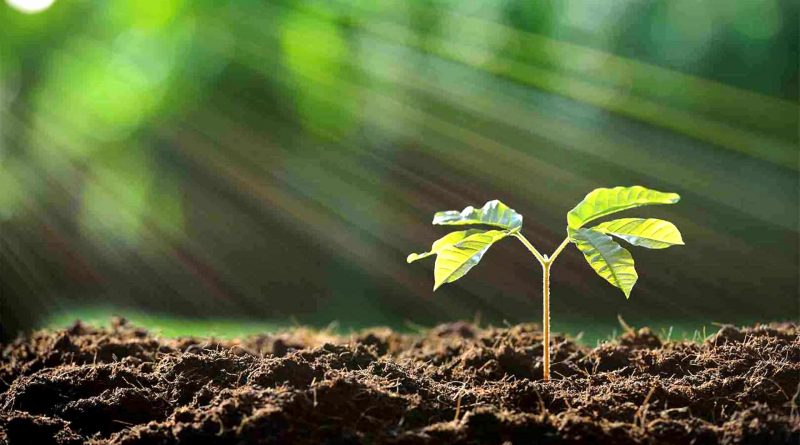 In this contribution I present to you another great phenomenon that now manifests itself on a practically global and therefore planetary level.
The causes, as repeatedly stated by researchers and scientists, is a misuse of the soil heritage (intensive agriculture, uncontrolled urbanization, infrastructure, etc.) which is attracting much less attention than it deserves: the loss of the “topsoil” or of the superficial layer (5-20cm) and cultivable soil. Topsol is the layer with the highest concentration of organic matter, insects and beneficial microorganisms at the base of the fertility and nourishment of plants. Globally, topsoil is eroded or compromised by human activities at a rate much faster than that in which it is regenerated by the slow geological and biological processes that produce it. This phenomenon, in fact, afflicts nations all over the world without the common policy dealing with them consciously and responsibly; remaining the prerogative of intergovernmental conferences, activities of seminars, science, etc. .. In short, the policy proves to be too ineffective for the governance of this phenomenon.
Clearly there are numerous causes that are at the origin of the loss of topsoil, among which we remember many incorrect agricultural practices, urban development and overbuilding, overpowering, deforestation and contamination by toxic chemicals. Among these we also mention the industrial agricultural practices that involve the use of heavy machinery: plowing, irrigation and use of pesticides and chemical fertilizers lead to compaction, erosion, salinization and loss of organisms beneficial to soil fertility. The degradation of the soil is often connected to a series of further damage such as pollution of rivers and seas and the risks of flooding.
To understand the extent of the phenomenon, it is recalled here that the four most productive agricultural nations (USA, ex-USSR, China and India) are all losing topsoil at an alarming rate that is even, according to official estimates (FAO and other intergovernmental organizations). ) the rate proceeds with a trend of 13 billion tonnes per year; a speed that, at this rate, will bring our planet to almost complete desertification within the next hundred years.
The following map shows the degradation status of soils in the world, for some macrofenomeni. 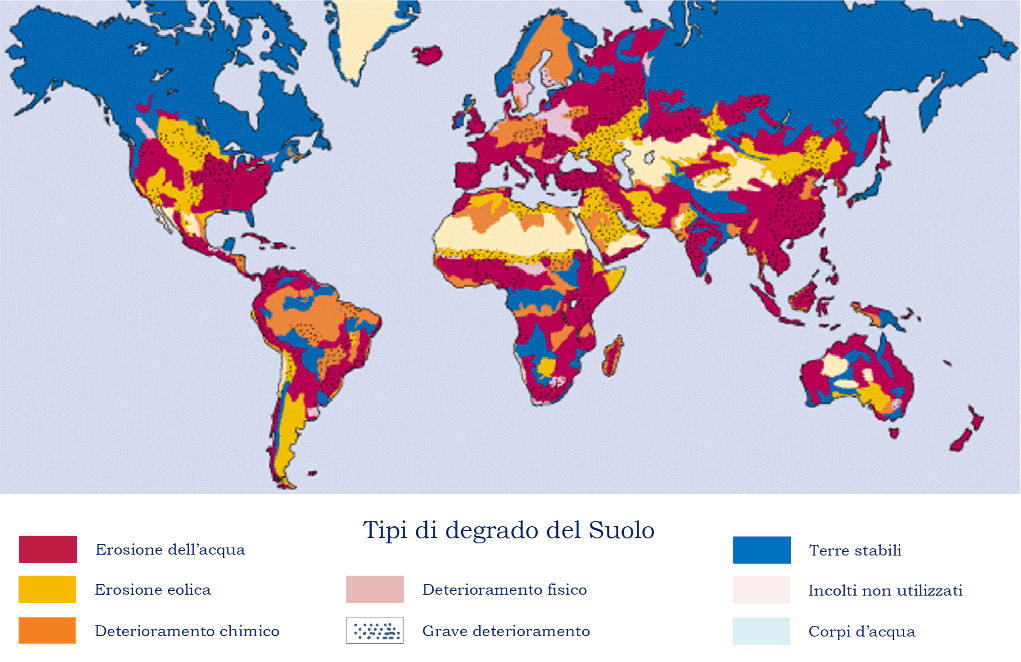 This is why it is urgent to monitor and classify soils with the aim of systematically categorizing the different types of soil, based on criteria such as their properties, composition, origin, morphology and vocation of use, and with the aim of slow down at least this most dangerous process.
At the base of everything there is however the need for the international scientific community to put itself in a form of conscientious objection to bring the Politics back to its proper course, that is the safeguarding of the Planet and of humanity.