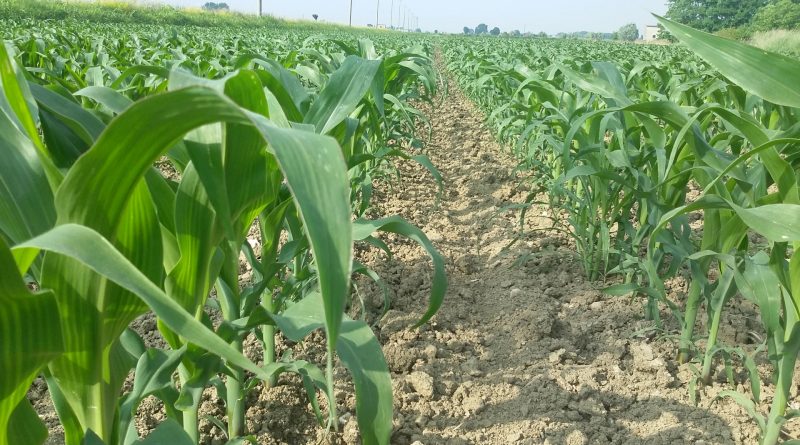 Map of the Consumption of Fertilizers in the World

What was previously provided by nature (through agronomic techniques) is now almost completely compensated by chemistry. We refer to the technique of integrating soil fertility which, having escaped a series of agronomy principles and good agricultural practices, has seen an exponential growth of chemical fertilizers.
The world production of the main nutrients (nitrogen, phosphorus and potassium) is currently 190 million tons, of which slightly more than 110 million nitrogen, 45 of phosphorus and 35 of potassium. The availability of nutrients has increased considerably over time, especially since the new millennium, although it has slowed down in recent years.
Leaving aside statistical and numerical data, it should be noted that the supply of nutrients is substantially concentrated in a few macro-areas, among which the Far East, North America and the basin of Eastern Europe and Central Asia prevail.
In Asia, the supply volume of the Far East countries has grown at an average annual rate of 5% and in the Middle East by 4.5%, while in Central and Western Europe the decline in supply can be estimated in 2% on annual base and the weight on the world supply rose from 12 to 8.5%. 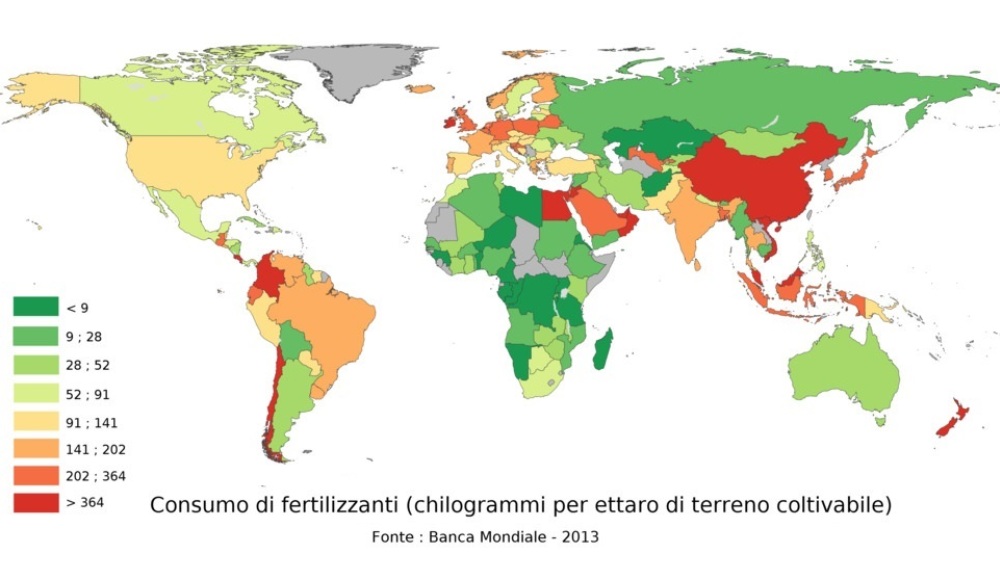 It should also be considered that there are often considerable distances between producing and consuming countries with significant repercussions on the transport of raw materials and CO2 production.
With regard to the main producing countries, the top 4 in terms of nitrogen and phosphorus, China, Russia, the United States and India account for around 60% of the total supply, with the clear predominance of China, from where 35 million tons of nitrogen and 15 of phosphorus. Other important producing countries are Indonesia, Canada, Ukraine and Egypt. Potassium production is more heterogeneously distributed, with Canada in first place, thanks to volumes equal to an average of 9 million tons a year, followed by Russia and Belarus, which, overall, produce about 10 million tons.
Interesting is then the comparison between the volumes of nutrients consumed and the availability of agricultural land clearly emerge the characteristics of the different types of agricultural activity conducted in different continents: if, in fact, the average amount of nutritious employed in the world is equal to 36, 5 kg / ha, in Europe 133 kilograms / ha are distributed, in Asia just over 54 kg / ha, in America 35 kg / ha, while in Africa and Oceania there is no more than 7 kg / ha.
Unfortunately, due to the intensification of agricultural practices (which does not correspond to an increase in production), the international trade in fertilizers showed a tendentially increasing trend in the period 2003-2012. In the decade examined, NPK exchanges increased by 15%, exceeding 75 million tons in outflows and 72.5 million tons in inflows.
The analysis of this scenario identifies a further concern for the renewability of many of these raw materials and for the impossibility of continuing these future models of growth and use of resources.