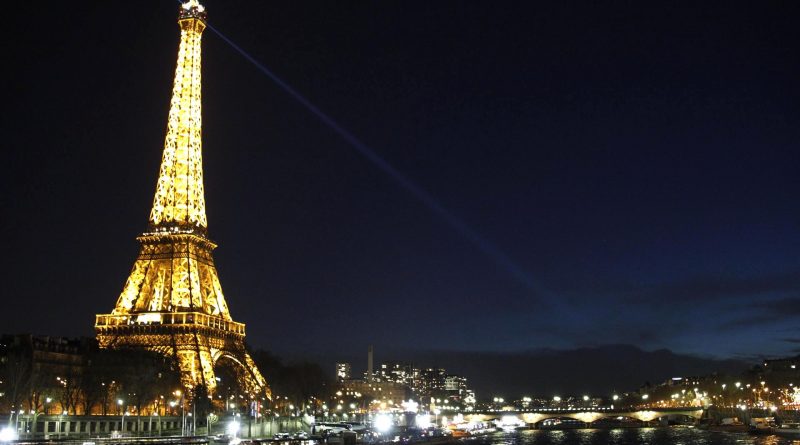 The Rio Conference on Climate Change, COP 21 or CMP 11, as it is known, was held in Paris, France, from 30 November to 12 December 2015. This Conference represented the 21st Session of the Parties to the United Nations Framework Convention on Climate Change on Climate Change (UNFCCC)
Since 1992 and the 11th session on the implementation of the 1997 Kyoto Protocol.
The objective of the conference was to conclude, for the first time in over 20 years of UN mediation, a binding and universal climate agreement, accepted by all nations.
The conference has negotiated a global agreement on reducing climate change, the text of which was a consensus of representatives of the 195 participating parties. The agreement became legally binding, if ratified by at least 55 countries together representing at least 55% of global greenhouse gas emissions. The parties had to sign the agreement in New York between 22 April 2016 and 21 April 2017, and also adopt it within their legal systems (through ratification, acceptance, approval or accession).

In fact, within the envisaged deadline, the agreement has been ratified by 175 countries.
According to the organizing committee before the talks began, the key result was to provide for an agreement to set the goal of limiting global warming growth to less than 2 degrees Celsius (° C) over pre-industrial levels . The agreement provides an anthropogenic greenhouse gas emission of zero to reach during the second half of the 21st century. In the adopted version of the Paris Agreement, the parties will also commit themselves to “continue efforts to” limit the 1.5 ° C increase in temperature. According to some scientists, the target of 1.5 ° C will require the beginning of “zero emissions” from a period between 2030 and 2050.
As often happens in history, events never walk alone. The COP21 followed with a few months the publication of the encyclical “Laudato si” by Pope Francis, which has determined little influence on it: the encyclical comes to the merit of an action against climate change.
On December 12, 2015, the 196 participating countries agreed at the end of the conference and unanimously a global pact called the Paris Agreement to reduce emissions as part of the greenhouse gas reduction method. In the 12-page document, members agreed to reduce their carbon monoxide production “as soon as possible” and do their best to keep global warming “well below 2 ° C” higher than the levels pre-industrial. French Foreign Minister Laurent Fabius said this “ambitious and balanced” plan was a “historic turning point” for the goal of reducing global warming.
During the COP21 work around the world, more than 600,000 people attended demonstrations in favor of a strong agreement (which would have been more true if no public demonstrations and meetings were held in Paris because of the few terrorist attacks weeks before the conference).
But in the agreement it seems weak, and above all, there is still no significant relapse, the positioning of agricultural policies all over the world and Europe in particular.
Agriculture is one of the main causes of the destruction of forests, especially in tropical countries. Forests whose resources directly depend on 1.6 billion people, as well as the very climate of the planet because, well remembered, they contain much more carbon than does the entire atmosphere today. Resolving the destruction and degradation of forests (as established by the Fifth Sustaninable Development Goal) is therefore one of the most important single mitigation actions of climate change.
But they are also the Agricultural Systems which have to undergo a total renovation.
For Richard McNally (Smart Development Works), a multi-stakeholder approach to food production planning as well as financial support from governments is crucial. Another authority in the industry, Richard Donovan (Rain Forest Alliance) has finally focused on the importance of creating effective monitoring systems based on clear and defined indicators so that farm companies can demonstrate the results of their efforts undertaken to reduce their impact on ecosystems.
There are therefore instruments to reduce the impact of agriculture on ecosystems, while ensuring sufficient production to support global population growth.
But all of these are just good intentions and noble goals.
In fact, there is almost a total lack of rules to be submitted to the agricultural sector ranging from business compatibility indices to be included in Rural Development Programs (PSR) up to Territorial Planning and new arrangements and reciprocal relations between agricultural production and consumption. Distribution Networks, Chain Shortening, Eco-Sustainable Agricultural and Human Models, Packaging Systems, etc.
All this is to say that the agricultural sector can not be left behind by the free market of the free market, the agricultural income parameters free from energy budgets and other non-orthodox demagoguits that are also imposed against Science and Technique as the only truth.
It is time to address the issue of healthy plant and this, if not understood, is such an important topic to be involved in a single theme: Hunger in the World, Climate Change, Ecosystems, and Future Welfare of the Whole Humanity.
Otherwise, we will vanquish the great Encyclical by Pope Francis, who looks at the case (and then reads it) faces the issue with a totally and diametrically opposite approach to that of a Finance based on unprecedented scientific redundancy.
Is it still too little because the Politics begin to occupy it instead of setting anything else on Gross Domestic Product (GDP)?