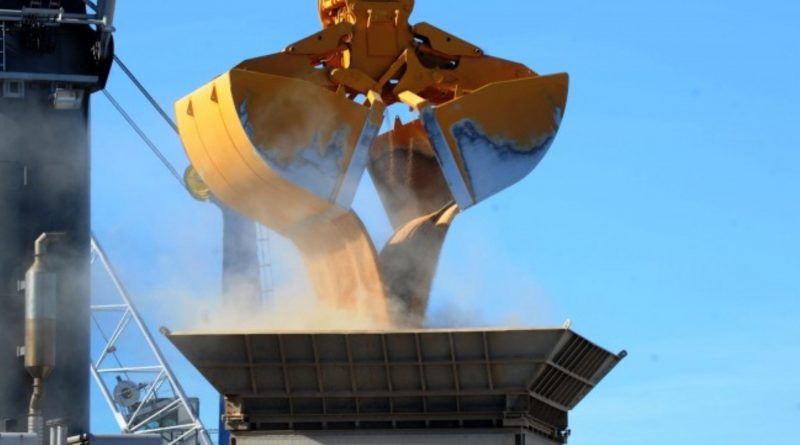 Imported Grain: Its toxins and those of the Politics

The import of some agricultural products is in itself a no-sense for a country, like Italy, which has all the climatic, pedological and agronomic characteristics to produce the best.
This is the case with the import grain on which Italian agricultural policy is not only deficient but misleading.
It is well known that for a long time, agricultural movements, producers ‘and consumers’ representatives have placed this issue at the attention of national and international institutions without having practically done anything at political level in order to valorise (and thus defend) the quality of the grain produced mainly in Southern Italy and the health of citizens.
Often, grains from other countries contain, in different quantities, mycotoxins and herbicides such as the glisofat, which is almost banished from EU countries.

Today we will talk about mycotoxin DON (Deoxyanivalenol metabolite).
There is no national regulation that has the elimination (and therefore destruction) of the matches that present this molecule.
This food danger is greater in Italy as we consume about 27 kilos of pasta per capita per year, while average consumption in Europe is set at 5/6 pounds of pasta per year.
The daily dose (TDI) of foods containing DON Micotoxins is fixed at 1 ppb (microgram / kg) per kilogram of body weight. Italian pasta consumers are therefore more exposed to the risks of food poisoning by Micotoxins, as they naturally assume more pasta in their diet.
For this reason and in order to safeguard the health of Italians, the limit of one-fifth of those laid down in current European legislation should be reduced; but it is evident that the presence of traces of this toxin should not be present in any food of our diet.
As for glyphosate, the correlation between the use and the increase in celiac disease has been demonstrated. The EU currently prohibits the use of the glisophagous sewage disinfectant near harvesting, but is not an obligation to produce Wheat produced abroad, particularly from widely-used countries such as Canada.
But let’s concentrate on deoxyanvalenol (or DON or vomitoxin), toxin present in various proportions, especially in grains of import (but also in barley and mash). This is a mycotoxin belonging to the group of trichothecenes produced by some species of Fusarium (such as F. graminearum, F. culmorum, etc.).
This molecule, like other trichothecenes, is characterized by a sesquiterpenic nucleus, characterized by a 12,13-epoxy-tricotec-9-ene tetracyclic ring.
Studies have been made on the metabolism of this molecule and the data are still insufficient but the main toxic effects on humans and other mammals are:
inhibition of protein synthesis and nucleic acids, alteration of membrane structure and mitochondrial function, apoptosis and cytokine activation; the consequences are vomiting, diarrhea, malformation of the hematopoietic system (anemia and leukopenia), lowering of the immune defenses.
The tolerable daily dose (TDI) for deoxynivalenol was set at 1 μg / kg as stated.
Regarding carcinogenic effects, according to the International Classification of IARC (International Agency for Research on Cancer), DON, together with other trichothecenes, is included in “Class 3”, ie it is not considered carcinogenic for humans. However, following a three-year study in China, Haimen and Penlai regions, concerning the role of fumonisina B1 in the incidence of primary liver cancer, some scholars have suggested a synergistic action of other mycotoxins in the development of this tumor , among which the deoxyanvalenol, which was present in the samples examined at a higher level than usual, was demonstrated by research carried out on rats. These studies, although they have not directly determined the carcinogenic activity of DON, demonstrate in each case the close correlation between the presence of mycotoxin and this type of pathology.
Another aspect on which the Italian Government does not intervene (and not even the EU) in the Kyoto Protocol and in the recent Paris Accords (COP21) is that of large greenhouse gas emissions (which are going to aggravate not only the health of the citizens but also the one of the Planet).
Suffice it to think that, according to verifiable calculations, every kg of imported wheat emits 0.55 Kg of CO2 in the atmosphere. An enormity that has no plausible justification for a food we can produce safely in Italy. It is false all the news that we are not self-sufficient: it would be enough to look at the SAU (Agricultural Area Used) cereal to understand the not sense of this statement.
Ultimately once again behind the False Market of the Free Market (which is far from being free) and of the great commercial interests, politics is small, weak and corrupt (and the term corrupted even if it is not interpreted in its purest sense, it can be understood, according to its etymology, as a lack of truth and right information to its citizens).
All this is all Italians, farmers, and the whole concept of a people’s food and political sovereignty.
Maybe our democracy should be cleansed from those toxins that do not make it anymore.