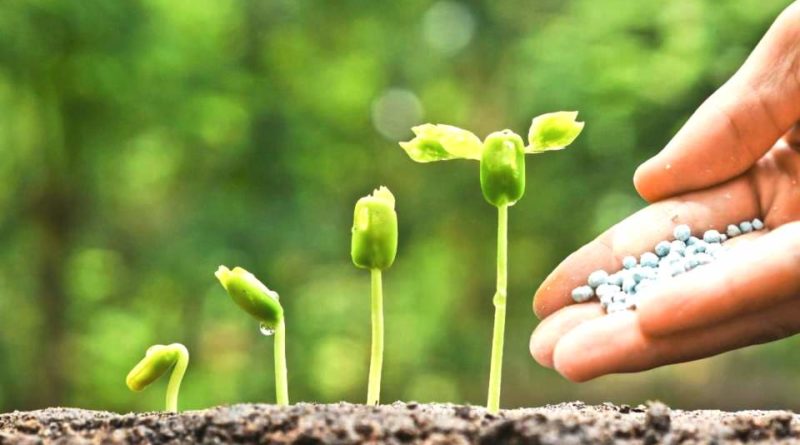 The negative spiral of chemical fertilizers

The productive models of modern agriculture are not intended to last in the long run. The devastating and sometimes devastating effects of some practices have left scarred marks in our environment in the short space of a few decades, and in some cases thousands of years for their healing.
Of the most discussed agronomic techniques there is certainly the systematic use of chemical fertilizers. Use that has altered ecosystems both in fauna and flora; the most significant consequences were: the reduction of the genetic variability of living systems, the processes of eutrophication of freshwater and marine waters, the chemical-physical and biological alteration of soils.
Significant studies on diffusion, transformation, persistence and accumulation in plant and animal tissues of chemical products used in agricultural processes reveal even more complex aspects of the interference induced by these products on the structures and functions of ecosystems.

These synthesis products (which, amongst other things, because of the “economics” of the formulation contain large amounts of impurities and heavy metals), in that they promote nutritional growth by providing nutrients with a heavy backside of the medal, especially when it is it does (as has been the case for many decades in many farms too often) indiscriminate use.
It goes from the most well-known nitrate contamination to the threats posed by chromium and “rare earths”, with critical concerns not only of water but also of soil, playing a role also in the phenomenon of desertification.
As for the nitrates, these pass through the ground, for transfer, to the aquifers. Soil interacts with circulating waters and releases both nutritious and toxic elements in a variable way. Depending on the characteristics of the environment and the seasonality, nitrates are transformed into nitrites, which are toxic and come to surface water bodies and in the ecosystem. On the question of nitrate contamination, however, the issue is open, because in addition to their intrinsic toxicity they possess, if transmitted in recognized food or water-rich carcinogens (let’s here neglect the biochemical mechanisms highlighted in another article on this site).
Ispra is mapped with isotopic nitrate tracing. Through this mapping it will be discovered that nitrate contamination can not be attributed solely to the livestock sector, but it can be linked to the unadulterated wastewater and thus to the problems associated with purification plants.
However, the most well-known and addicted nitrates include problems with boron rich fertilizers, potentially toxic, and those containing a group of chemical elements which are collectively referred to as “rare earths” that are toxic.
These are elements ranging from lanthanum to lutezio and are given in the agricultural field, adding as if it were not enough to the previous sources of contamination.
In addition to this scenario, not reassuring, one must not forget the contamination of nitrogen-rich tanning products that favor plant growth but also contain chromium.
In recent years it was believed that the negative effects of chromium were neutralized by the soil, but according to some official data it has been observed that in certain areas and in some conditions the soil reacts by transforming the nutrient (trivalent chromium) into toxic and mutagenic element (hexavalent chromium ) further worsening the state of the ecosystem.
This scenario obviously has significant variables which may in some cases be deteriorated by the geological and hydrogeological characteristics of soils and soils.
According to some scholars it would seem that back does not return; instead we have to educate ourselves to think of innovative production models that, by consciously integrating the associations, rotations (especially with legumes), sustainable animal husbandry (UBA low load and extensive breeding techniques) and organic fertilizers (in addition to some techniques agronomic ones, to realize in concrete the “ecosystemic” productive models and long-term fertility. The alternative to today would seem to be the progressive desertification of the entire planet.
Not at all the other very negative effect, especially in soils with poor permeability, with lower average annual rainfall (like the southern ones), and with higher clayey soil composition, are only having a decontaminating effect in recent decades (mainly due to the presence of sodium and other metals) that in the most deafening silence of targeted scientific research are evolving into “fluid” masses that are subject to easy landslides and landslides in the eyes of all.
Today’s agriculture has no future and can not be re-presented in this form anymore.
In terms of sustainable practices, in addition to rotational cycles, the use of natural and organic fertilizers, the recovery of the fertilizing function of organic waste and the revaluation of the role of the zootechnical process, and the production of compost from urban organic waste, are also understood.
It would be easy to calculate, among other things, that one-third of the waste we produce at home is organic. It would be enough for the Communes to have an adequate collection and selection system from which to produce a good compost and at the same time to solve the waste emergency.
The future is ahead of us but we can not tolerate that the Policy does not deal with these things as if they were series B topics.