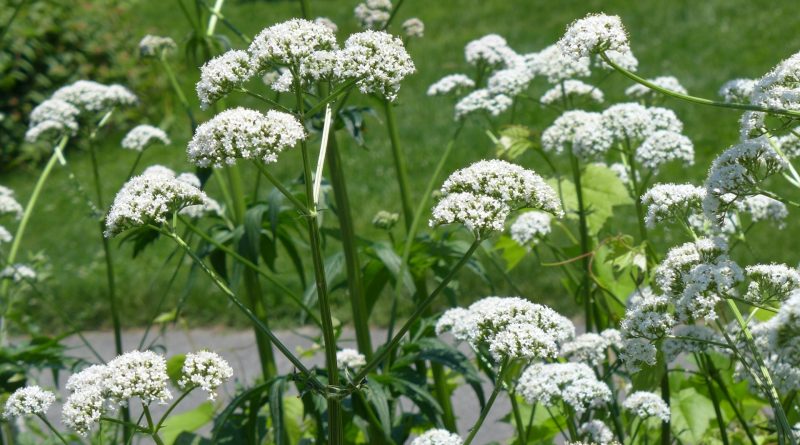 Valerian common (Valeriana officinalis L., 1753) is a flower plant belonging to the Valerianaceae family. Among the Valerian is the most famous of a genus, consisting of more than 150 species.

Systematic –
From a systematic point of view, the common valerian belongs to the Eukaryota Domain, the Kingdom Plantae, the Magnoliophyta Division, the Magnoliopsida Class, the Dipsacales Order, the Valerianaceae Family, and then the Valerian Genus and the Specie V. officinalis.

Etymology –
The generic botanical name derives from Latin “worth” = good, and as the specific name refers to the plant’s medicinal use. The popular name, cats herb, comes from the fact that the fresh plant has an “astonishing” cat-like attraction and is perhaps the reason why, although decorative, it rarely meets the gardens.

Geographic Distribution and Habitat –
Valeriana officinalis prefers especially fresh and moist environments (mesophytes) and grows spessp at the edge of the woods and shady meadows up to an altitude of 1,400 meters. This species is most common in European forested areas and, to a lesser extent, in North America and South American tropical regions. 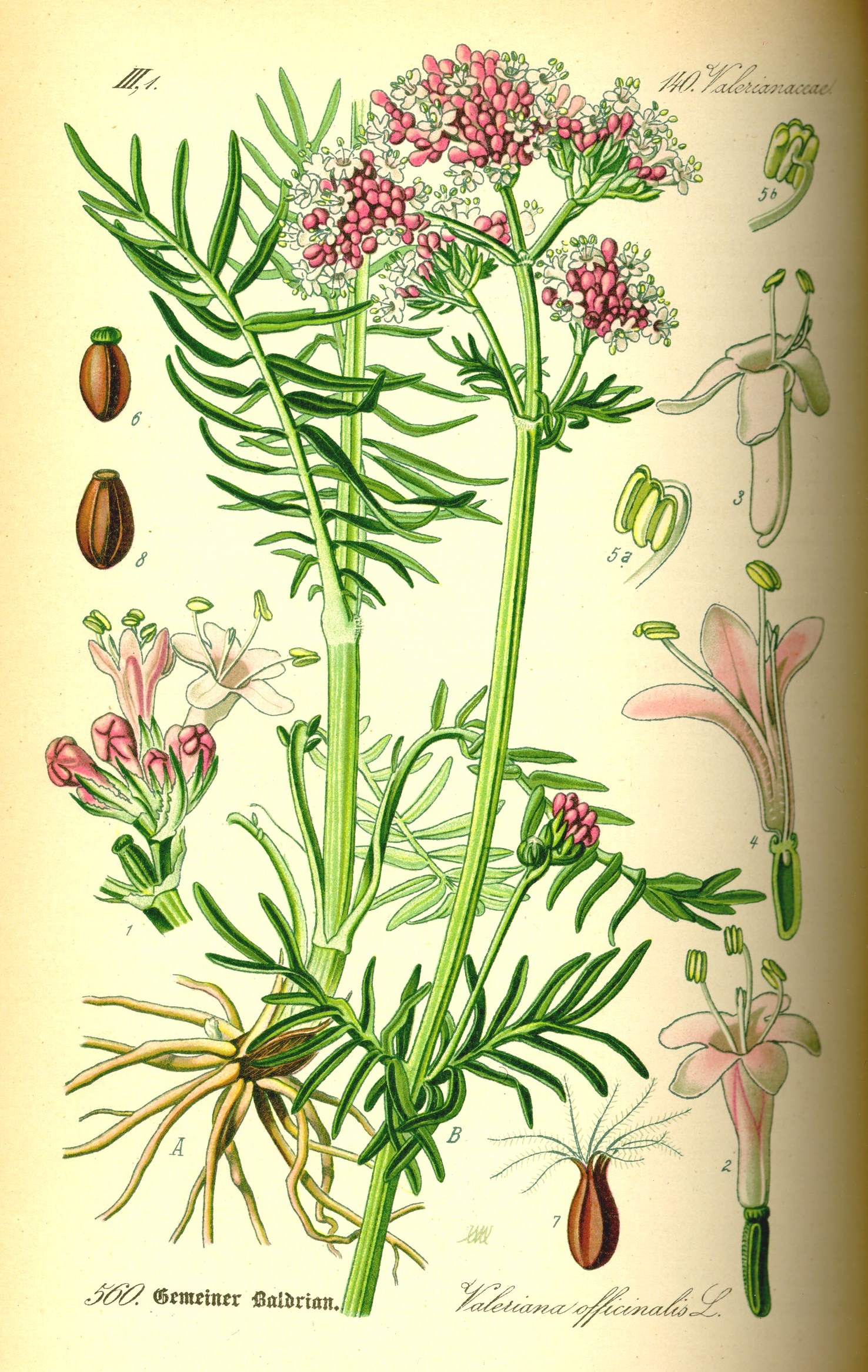 Description –
The common valerian is a herbaceous and perennial plant with a short stolonous rhizome, a stem erected and grooved on the surface by grooves, fibrous roots emanating an unpleasant and penetrating smell; this species, in optimal conditions, can reach heights of about 150 cm.
It has opposite and no leafs, with petioles present only in the lower ones (the upper ones are sessile); all the leaves are composed and imparipennate, consisting of 11-19 sheets of whole or toothed sheet and a beautiful intense green color.
The flowers are slightly scented and are found to form a particular type of inflorescence which is the corimbo; these are hermaphrodite flowers, with a small goblet and a corolla with 5 petals, tubular and light pink; the androceum is composed of 3 stamens, the gynecologist by a tri-carpellar pistil with inferior and unilocular ovary. The flowering of this species takes place in April-June and the pollination is entomogama (ie through Insects).
The fruit of the Valeriana officinalis is a striated achenio with plumage bristles resulting from the modification due to the fact that the small calico teeth undergo maturation. Their presence helps them disperse through the wind.
It is a bitter grass with a musky aroma; hypogeous parts are collected for hypotensive, sedative, anxiolytic, diuretic, antispasmodic, anticonvulsant, analgesic and antinevracial properties.

Cultivation –
For the cultivation technique, see the following sheet.

Preparation Method –
The most common way to use valerian is in herbal teas or in pills: you can use dehydrated leaves that are in the herbalist or just do it by taking the fresh valerian and putting it into the infusion for 10 minutes in boiling water, then filtering and drinking .
In the kitchen, it is often used to prepare pancakes or even as an ornament for salads, tomatoes and cold dishes with moderation. For example, if you decide to prepare pancakes with valerian, you must ensure that there is also a “strong” ingredient inside them , for example, because in itself the taste of valerian is bitter and therefore needs to be balanced as well as balancing its soothing property, to prevent guests from hanging on your couch in sleepiness.
With the valerian, the following preparations are then prepared:
Infused: 2-3 g per cup from 1 to several times a day;
Dye: 1/2 – 1 teaspoon of 1 to several times a day;
Extracts: the dose corresponding to 2-3 g from 1 to several times daily;
Pills: 3 capsules per day.