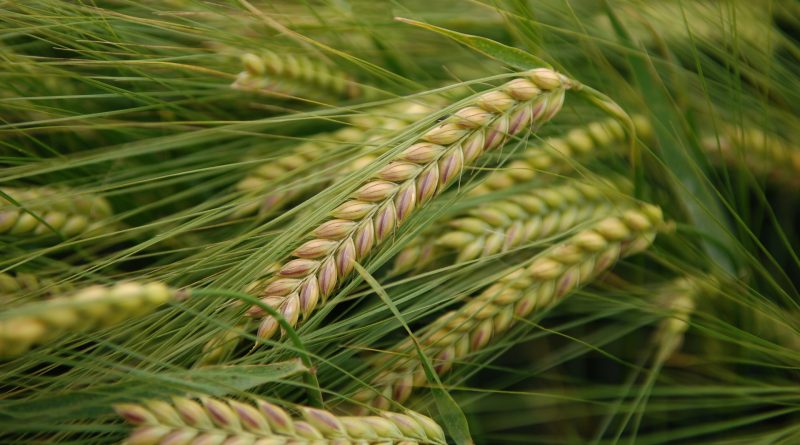 It took about 10,000 years to understand some agronomic techniques and just over 50 years to forget them. This is the bitter reality of an era that, when it is past, will be reported in history books as an obscurantistic period. However, like all the eras, this deepens the elements for a new rebirth (a bit like the Arabian Phoenix who rises from its ashes after death). Before we go into this seemingly descriptive topic, we see, for those who did not know the elementary aspects of what the agricultural consortium is. In agriculture, consortia is the simultaneous cultivation of plants of different species on the same plot of land. The association can be of several types. According to the type of plants, the association is defined as: herbaceous when all the plants cultivated together are herbaceous; arboreal or woody when all the plants are arboree; mixed when grasses and trees grow together. According to the duration, the association is defined as: permanent when the different species remain together on the same ground for all their existence; temporary if one of the species is collected or eradicated before the other.

All plants, to be affiliated, must be compatible with each other, both from a biological and a cultural point of view.
Defined then what is the consortium we now pass to the advantages of this technique that merely imitates (or emulates) what is already happening spontaneously in nature.
The combination allows the following advantages: it allows to use the same ground surface more profitably, achieving greater production; reduce the unproductive period of the finishing, obtaining a first product while the other species comes into production; to use a kind of support for the other (eg oats for the veal) or as protection from excessive insect or wind. Conspiracy, however, has fallen into “disgrace” when modern agriculture has taken over, in fact it has some disadvantages: it is poorly compatible with the mechanization of agricultural labor; creates difficulties in the implementation of pesticide treatments and hampers disruption; does not allow the production specializations that enable a “better” corporate organization.
Since, as mentioned, in nature rarely grow vegetables solitary, rather they usually live in communities and share space with others, mostly different species. The resulting picture can result in a competition between plants where the winners survive and develop, or in a kind of constructive collaboration in which each individual benefits from common living together.
From the observation of these dynamics, the technique of association has developed in agriculture, ie the creation of productive “plant societies” in terms of production. In practice, it consists in the simultaneous cultivation of two or more different vegetables on the same soil, which together create a synergy that makes vegetable gardening or crops generally more productive and, above all, healthier from the point of view of agri-food.
Without going into the details of how to achieve effective association (what we refer to specialized texts) we see what are the 5 major advantages that this technique brings.
1) Direct collaboration between different species: During their cycle, the plants absorb from the soil as useful to their development and simultaneously release various other substances which, if they may be toxic to some species, can instead be a useful contribution to the growth of other . The classic example of this interaction is, of course, the combination with legumes. These, in symbiosis with particular bacteria, are able to chemically transform the present nitrogen into the air and store it in the soil; since they do not absorb anything they transform, a portion remains available for other plants.
2) Indirect collaboration between different species: in some cases, a species can help another simply by making it easier for certain phases of the cycle. By associating, for example, plants with high vegetative vigor with others that do not suffer from the subtracted space, it is possible to exploit the shadow of the first as a screen from excessive sunlight for the latter. This sting may be very useful in areas with strong irradiation during the hottest months. Or it is also possible to temporarily match plants that struggle to germinate in tenacious soils, with more “strong” ones, which break the surface crust, for a better emergency of the former.
3) Natural Defense: Some species such as garlic, nettle, chili and tomato – just to name a few – have a repellent effect on some parasites. Cultivating together a plant to defend with a repulsive action can produce good results throughout the duration of contemporary cultivation and reduce the need to resort to plant protection products.
4) Greater production: One of the most important benefits of consortium is surely space. Reflect: If you want to diversify your vegetable garden by cultivating different horticulture, you need an amount of surface you often do not have. The combination of several species on the same soil allows the cultivation of various types of vegetables with a total increase in their production.
5) Protecting the soil: the association between two species may not be contemporaneous throughout the cultivation cycle and, to a species that has matured, it may be replaced by a new one. Applying this technique concatenately, the soil is always busy and the vegetation covers the same for longer. So doing the soil takes advantage of it because it is always protected from the erosion of atmospheric phenomena.
From the synthesis presented on the consortium, a fundamental lesson is learned.
Nature, with its Rules, has all the answers for a better human growth. Whenever we try to build it (as has happened in modern agriculture) one in our image and likeness we diminish the power and with it causing a decrease to everything. Nature is one with all its principles and living beings; when you do not respect it everything is depressed and if we do not believe this statement try to taste a product grown in consortium and one in specialized crops: then you will answer me.