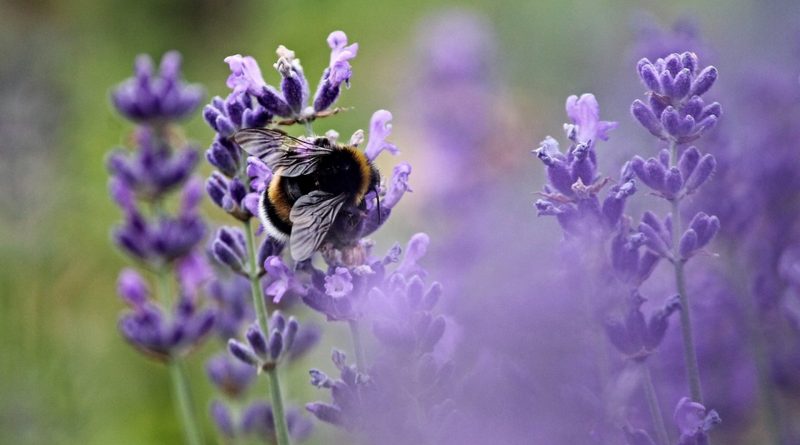 Since the slogan of modern agriculture has been the increase in yields and the maximization of profits, more than the laws of agronomy by those of some superficial and unpaved economists applied to the world of agriculture, dangerous cultural regression.
Ten thousand years of history, traditions, remarks, and science with the capital S have been suddenly canceled and read many texts on agrarian economics is to understand why modern bankruptcy not only of this primary sector of the economy but of an entire civilization connected to it.
The ever-massive insertion of economic parameters and indices, linked to the balance sheets of agricultural holdings, has resulted in an increasingly worrying decline in ecological, anthropological, energetic and sociological assessments that have depleted everything: Man and the Planet.
So the progeny and procreative agriculture of energy (not just food) of culture, art, spirituality has been delivered to the ignorance which, now, has the presumption to know more about that tradition than was the non-written encyclopedia of an infinite accumulation of knowledge, experiences and observations.
Values ​​such as Fertility Indices, Environmental and Ecological Sustainability Indicators have fallen into “disgrace” and our farms have gradually transformed from cells of perfect coexistence between the ecosystem and the man to black holes where energy instead of to be produced is absorbed more and more.
For this reason, many efforts to create a healthy, ecologically sound agricultural sector have been disused with short-term consequences, namely disadvantages of agricultural and general biodiversity, soil loss, ecological and anthropogenic erosion, etc. etc. etc.). So, for example. using plants of the same biotope or of the same physical chemical condition and perhaps living the fauna environment from the same biotope becomes almost a rarity.
Among all the things that have fallen into the forgetfulness, it is worth mentioning allelopathy (also called chemical competition, or radical antagonism), that is the phenomenon that intervenes very often in interspecific competition and intraspecific competition between the plants in the agroecosystem. the plant releases into the soil, due to its metabolism, substances (eg secondary metabolites) that inhibit the growth and development of nearby competing plants.
Such an eye of Nature is in fact a means of avoiding the specialization (impoverishment) of the ecosystem, which in effect is a perfect application of the laws of thermodynamics. Such substances therefore act as radical phytotoxins (eg juglone from black nut, amygdalin from peach, florizine from apple). Sometimes it can be stimulated by some parasites, which facilitate the production of these substances to prevent other parasites from interacting with the same host.
Allelopathy therefore reduces interspecific competition because it decreases or eliminates other potentially competitive plants in the availability of resources (nutrients, water, light), but the effects of the alopecia go much further. Research seems to have ignored this aspect when it should be concerned about its effects on food health for the qualitative and organoleptic effects (qualitative difference between a product grown in consortium and a product cultivated in specialized crops).
Allelopathy is more known in replanting cases as it is part of the complex of phenomena underlying the tiredness of the soil. Due to the presence of radical toxins, different species of fruit, especially drupaceans, show symptoms of suffering when an orchard is replanted in succession to one of the same species.
However, one has to deal with the argument of allelopathy, which, if he feels timidly touched but with few certainty, is a very important subject very untreated and with little clarity since the testimonies and the research on the alignment are most often not noticed and therefore not spread and discussed.
So in consideration of this, one begins to understand how food health is not born solely and so much in, but also in the garden where it is necessary to start resuming and studying these phenomena.
The truth is that applied research has taken little care of these aspects because they are considered secondary and the similarities between thermodynamic models and ecological models have been addressed by few (if not rare) scholars in other parts of the world (shady hints in Spain, Japan, United States and then … just the scientific desert.

That’s why it embraces the concept of plant conspiracy: a natural technique, and therefore ecologically sustainable, made of attempts, experiments and a long tradition that tells us what combinations to make between vegetables, herbs, fruits and flowers grown in it vegetable portion.
That is why agricultural specialization is unnatural and therefore against man, leading to dangerous principles deriving from the principles established by the laws of thermodynamics which are the only ones that allow full ecological and human fulfillment.
The same macro-organizations deriving from the production systems deriving from agricultural specializations (which are highly desirable by large distribution groups) are causing dangerous anthropological, urban and structural imbalances in our society. More and more densely populous rural areas increasingly empty: an unprecedented disaster.
And since this contribution also aims to give specific guides to change these drifts right away, I want to go into the specifics of what it means to “follow Nature.”
Following its essential principles, derived from the observation of these synergies and the application of the wonderful “cooperation” mechanisms that already exist in nature, one can understand the following:

Do not plant together vegetables of the same botanical family, such as aubergines and potatoes (both Solanacea), because they would attract the same parasites and absorb the same substances from the ground, impoverishing and competing;
Do not grow in the same soil plants that compete with each other for the use of the same nutritional elements or because they have roots of the same type and shape, active in the same layers of soil;
Mix (or alternate in rotation) in flower beds, fertilizing plants (such as legumes, herb and clover, whose roots fix nitrogen in the soil) to vegetables that – like tomatoes – for growing require instead a rich substrate;
Introduce plants that keep the parasites of others (such as onions and carrots, mutually repellent on parasitic fly) or which, on the contrary, attract useful predators and pollinators for their neighbors;
Combine fast-growing plants with slow growth species, early plants with late, so that they do not compete for space and light;
Mix in the flower beds according to good sense plants with similar irrigation requirements;
Learn about the toxic action of some species, which will be isolated to prevent the growth of other crops by their presence. This is the case of walnut plant, which disseminates the soil of harmful substances, in some cases of fennel and finally of sage, whose leaves have toxic components that recommend to keep it isolated from other herbs;
Planting flowers like sunflowers, ribbons, calendula among vegetables to enhance the health of the garden: some attract pollinators, others deceive with strong scent or repel harmful insects, others call upon predators, others have other functions. The sunflower, for example, when placed in asparagus flowerbeds or among apple trees, limits the presence of some weeds.
Well, reading these little tips, which essentially alter the agricultural organization and hence all aspects related to it; from ecology to economics to pass on anthropology, there should already be a question: in the complex financial indices of business budgets and economic analyzes where these notions are covered? It is possible that we have built an agricultural (economically and ecologically) model totally wrong from the scientific and technical point of view. It just seems to you and you know why? Because we did not apply the simplest of truths that two thousand years ago revealed to us (besides the religious positions of each of us) Christ: give to Caesar what is Caesar and to God what is God.

The modern economy has done the opposite: it has handed Nature to the Economy and Economy has replaced the laws of Nature; the disaster was served.

To each of you his personal considerations.