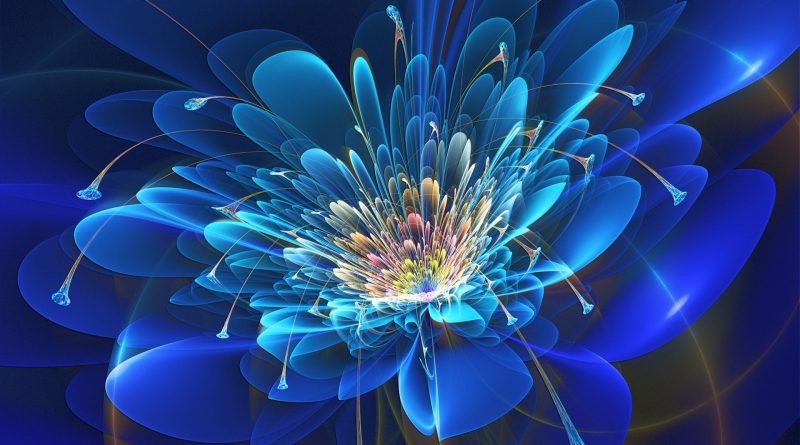 Humanity: After the Tunnel, the Age of Light

To read and hear everything that is happening in our world and to listen to most of the discussions of our day is certainly not the positivity of the dominant feeling; Indeed, malumors, worries, anguish, bad news make them masters in our days. Everything would seem to collapse or fall under your feet. Is The End Of History?
Certainly, we are experiencing a time when we can not see a positive future. Everything is uncertain, empty. Even when a new vision appears, a new idea to move, after the flame of initial enthusiasm, is all extinguished, because that idea is unrealistic to us, unworkable. But we all need to see a future where everything will go better and through which everything can gain meaning, including the moments we are experiencing. A future, therefore, that really has all the cards in order to be able to accomplish.
Is this future coming or is it just an illusion to keep us alive?

Of these issues, many scholars and sociologists are involved in the world; Among them the sociologist Francesco Alberoni. According to the author, “It is the loss, the mechanism of loss, what is going to become dominant. It is the threat, the physical danger, the fear felt about oneself, about their children, that leads people to question what they are doing and what is really worth. ” All this is happening because today we are all much more aware of the fragility of nature and its ecosystem. In the past, for man, nature was something exceedingly powerful and powerful of him so much that he could give or take away his life depending on his whim. Today, on the other hand, not only have we come to fear it no more, but even to us to exploit it to our liking. But this exploitation has led us to create harm to nature itself, which, to remind us, seriously threaten our very existence. And this has pushed us to open our eyes. Not at all the present was geologic has been baptized by some: Anthropocene (which is then the domain of this site) to indicate an age where Man is creating changes (for good and for evil).
The novelty inherent in this reasoning is that this “opening up of the eyes” prompts us to “refine the shooting” in order to avoid not only our own extinction (which in any case is very important obviously), but how this awareness brings the ‘ Whole humanity to make a new, considerable evolutionary leap.
All this is generating a common denominator, first absent especially in Western culture.
Being really conscious of being part of a unique, immense ecosystem makes us feel as part of a single community with the same needs and, perhaps above all, with the same fears.
So if we all already move on to a single goal, that is, the conservation of the planet and of life, then mobilization can make us all activists and scientists at the same time.
All becoming activists and scientists obviously does not mean that we all do and do these activities, but this is meant as a form of mentis. Alberoni says that “Millions of people are no longer mobilized to passively pass a guide (as has always happened in history Human), but to observe, to think, to think, to advance. In fact, this is the same pluralistic process of science. And at the base there is the same ethics in science. In science, the first, only fundamental ethical imperative is truth. I must immediately abandon the idea that does not go beyond the evidence of the facts. ”
This “scientific form of mind” and the feeling of being part of a single large community, therefore, are not only interconnected and fueled each other but are producing a collective intelligence in which each individual being an integral part of this network is creating a network as What neurons create by forming the brain.
This consideration, which would seem desirable, is leading humanity to the fourth evolutionary leap of history and this is just happening under our eyes.
In fact, we already know the effects of the various evolutionary jumps of humanity.
We know the great evolution of the homo sapiens species that took place when the word developed. We know the second leap that has been in a very short time with the invention of writing. From that moment on, it was possible to convey the wealth of knowledge accumulated from previous generations. It is as if suddenly the brain began to grow outside the skull. The third leap occurred with the industrial revolution. However, in this case, intellectual skills have not increased, but only those of material transformation. In essence it is as if he had developed his muscles tremendously. We are still under the influence of this terrifying development of physical power. A power that did not adequately develop intellectual capacity.
Until now it has been and was the real deep danger that threatened humanity. This has become like a giant baby but she can not control her power and her movements so much to destroy and break everything she meets.
The latest novelty (whether we perceive it or not) and that is happening with dizzying speed is that the gap has begun to be filled. The growth (extracranial) of new sensory organs and intelligence has begun. New intellectual abilities are being developed, thanks to the computers and the web to which everyone can access. Meanwhile, the whole planet is starting to move to a new global humanism where the principles of Nature and its teachings are leading us to an ecological identity that, as in a transfusion, Nature is entering into our neurons.
Civilization is nothing but the result of a long process of objectification of ideas, dreams, desires, and human fears. It has always been this way and what is now cloudy is just because this new leap has dimensions so far unknown. In short, one can not understand and judge what is unknown and when this happens, fear is one of the most prevalent feelings: the fear of the jump.
All this gives us a vision that calms us to re-ignite in our hearts the flame of hope by making us see a radiant future and at the same time clarifying what is happening in our present present so chaotic. And it is normal that this is happening because, as Lao Tze said, what the caterpillar calls the end of the world, the rest of the world calls butterfly.
What is the morality of the fairy tale: stop complaining and criticizing everything; We begin to design the future because this, whether we like it or not, started developing on the rubble of the past.