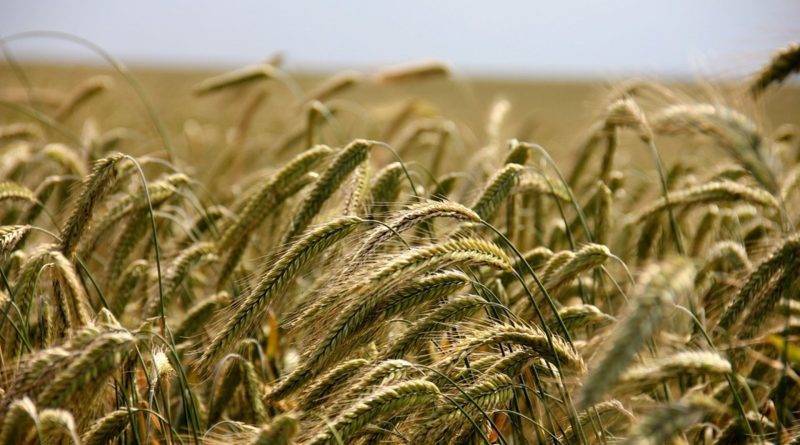 To understand the great ecological mistake of modern agriculture, it is very important to return to the origins of agriculture and to understand how this branch of human sciences was born from the observation by man of the phenomena of nature, ecological observations and emulation And the speculation of some phenomena (the branch that accidentally broke and then the year later gave more product, antagonism or natural association of some plants, and so on).
For centuries agriculture has been, with its evolutions and territorial typologies, an anthropic process derived from observations of the rules of nature. Agriculture was eco-sustainable and eco-friendly.
The balance, rhythms, rules and laws of nature, through careful observation, then handed down from father to son, had been applied to one of the most fascinating human sciences: agriculture.
Ecological and humanistic science at the same time: Man and Nature lying on the same plane and benefiting from the same benefits. Then with the advent of the Enlightenment era, of Positivism and of the industrial model, the ancient criteria and the ancient tradition have gradually been abandoned in favor of an agricultural model among the most deficient (from the scientific and ecological-humanist point of view) of all times.
Plants, crops, soil, ecological thermodynamic systems have been seen in a reductionist manner * amplifying the gap between the natural world and the human ecosystem ever more.
Since man and nature are not two abstract and separate entities, there has been a drift that has diminished the overall energy of the Nature System with suffering for all its particles; From the most microscopic to the most striking.
Creating services (as well as food) from Nature without the rules of Nature generates an energetic decrease of the entire system. Global energy reduction (from physical to spiritual). Everything diminishes, everything deteriorates and nothing can replace the complex laws of Nature. There is no Nature out of Nature.
Modern agriculture (we refer to the specialized and highly mechanized one) is the daughter of a minor science who, like the children of a lesser god, is dragging the whole planet on the brink of ecological disaster and thus human.
The basic knowledge derived from concepts such as: allelopathy **, association *** and rotation **** have been practically abandoned; As if you could grow natural beings (plants and animals) outside the rules of which they themselves are made.
Whole agronomic texts of the last few decades hesitate to this ecological mistake as a great result of innovation and technology (crop specializations, exasperated fertilization techniques, etc.).
The result is that not only have we reduced the ecosystem but also the man who uses the services of a smaller ecosystem.
Everything from feeding to the enjoyment of Nature has diminished with an impoverishment of the totality of the human being increasingly alienated and misled.
Multinational, European Policies, PSR, etc. They hail an Island that there is no trivialization of agricultural models with mere economic profitability and financial parameters. By leaving in the budgets and in the business plan the environmental accounting, the principles of ecology, and the thermodynamic yields of agricultural systems.
Pure scientific stupidity presented instead as a great success of modern agricultural systems.
To reverse this process (though it already has the first symptoms of awakening), it is not necessary to renew the scientific culture; That comes after but basically the knowledge of the complexity in which we are immersed and of which we are made.
Out of this culture there is only death, lies, poverty, and all sorts of suffering humanity alone is giving.

* In epistemology, the term reductionism with respect to any science argues that the bodies, methodologies, or concepts of that science must be minimized to explain the facts of the theory in question. In this sense, reductionism can be understood as an application of the so-called “Occam Razor” (or “principle of economics”), according to which the entities involved in explaining a phenomenon need not be increased without need.

** Allelopathy (also called chemical competition or radical antagonism) is a phenomenon that occurs very frequently in interspecific competition and intraspecific competition between plants in the agroecosystem, whereby a plant releases into the soil as a result of its metabolism, Substances (eg secondary metabolites) that inhibit the growth and development of nearby competing plants. Such substances therefore act as radical phytotoxins. Allelopathy therefore reduces interspecific competition because it decreases or eliminates other potentially competitive plants in the availability of resources (nutrients, water, light). But allelopathy is also the expedient of nature to keep ecological (and therefore also agricultural) systems at a lower environmental impact and therefore more prosperous than the entire system.

*** In agriculture, consortia is the simultaneous cultivation of plants of different species on the same plot of land. The association can be of several types. According to the type of plants, the association is defined as: herbaceous when all the plants cultivated together are herbaceous; Arboreal or woody when all the plants are arboree; Mixed when grasses and trees grow together. According to the duration, the association is defined as: permanent when the different species remain together on the same ground for all their existence; Temporary if one of the species is collected or eradicated before the other.
To be affiliated, the species must be compatible between them both biologically and culturally.
The combination allows the following advantages: to use the same ground surface more profitably, obtaining greater production; Reduce the unproductive period of the patch, obtaining a first product while the other species enters production; To use a kind of support for the other (eg oats for the veal) or as protection from excessive insect or wind.
The combination was practically abandoned when the mechanization of agricultural work was introduced; Pesticide treatments and disinfection, by decreeing in fact a very poor quality of agricultural products.
Consortia, also through crop rotation, is a technique adopted in agriculture that involves the variation of the agricultural species cultivated in the same plot, in order to improve or maintain fertility of the soil and to ensure, at equal conditions, a higher yield. It contrasts with the technique of mono-succession, which consists in repetition on the same plot of cultivation carried out in the previous cycle. It interrupts the life cycle of organisms linked to a crop; In particular, the succession of different plants (for example, alternation between graminaceae and oleaginous plants, such as grain and rape), allows to interrupt the cycle of certain maladies; Due to the diversity of radical systems, the soil profile is best explored. Another advantage may be a better breakdown of the workload of the soil, with the introduction into the cycle of rotation of lawn or grass cultures.

**** Crop rotation was practiced for centuries in the framework of agricultural systems that included breeding, with Justus von Liebig’s studies on fertilizers since the nineteenth century, Monoculture and subsequently intensive agriculture were introduced.
Sustainable agriculture today tries to reintroduce crop rotation by doing away from chemical fertilizers. The choice of crops takes place according to the objectives, the needs of the farmer, the soil, the climate and the plants. Autumn seed crops can alternate with other spring crops. In the choice of cultivation succession, the farmer is mainly dependent on the allelopathic phenomenon and the risk of transmission of plant diseases and the pressure of voracious insects.
In some countries (such as Quebec) there are economic incentives to diversify crops.
For the incompatibility that this essential technique presents in modern agriculture (exasperated mechanization, specialization, use of chemical inputs, etc.) the association has gradually been abandoned and practiced mainly in horticulture at family level and in the cultivation of fodder.