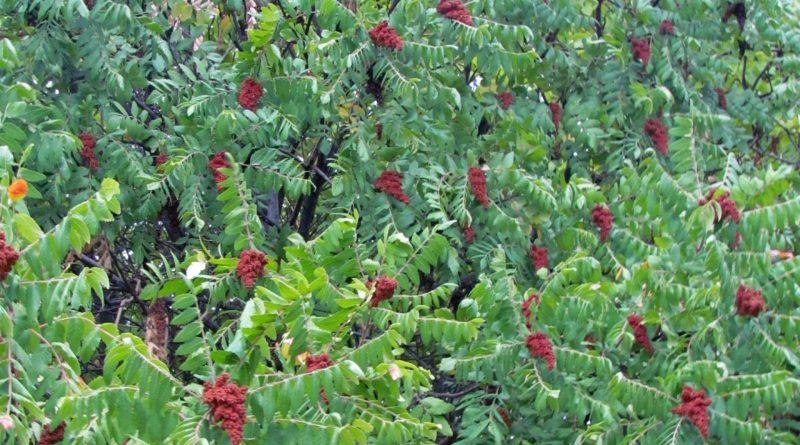 The Sicilian summation (Rhus coriaria L.) is a plant belonging to the Anacardiaceae family. It was introduced by the Arabs in Sicily, and favored by favorable climate and land, spread first in the area of Palermo and then in almost all of the island, especially in the arid and stony terrain.

Systematic –
From a systematic point of view, the Sicilian summation belongs to the Eukaryota Domain, the Kingdom Plantae, the Magnoliophyta Division, the Magnoliopsida Class, the Sapindales Order, the Anacardiaceae Family and then the Genus Rhus and the Species R. Coriaria.

Geographic Distribution and Habitat –
Rhus coriaria L. is a species commonly found in southern Europe and the Middle East. In Italy it is quite widespread, from the sea level up to 800-1000 m altitude, often as a wreck of ancient crops. In Sicily it is spread especially in the provinces of Palermo and Trapani where it is still in the marginal areas not interested in cultivation and between the margins of fields cultivated but not accessible to the processing and mechanization. 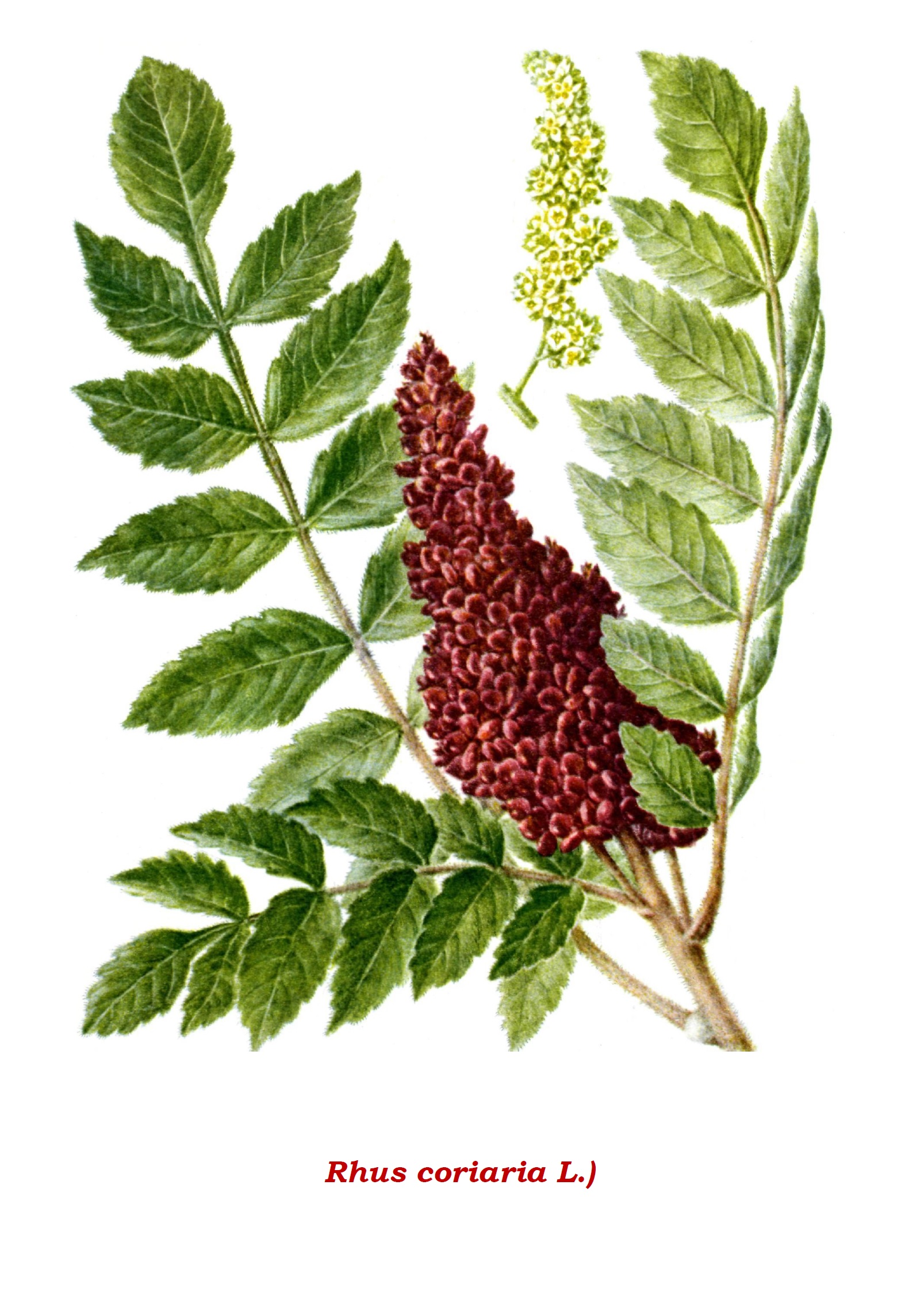 Description –
Sommacco is a deciduous shrub, which can reach heights up to 3 meters. It has pennate leaves, 10-20 centimeters long, with serrated edge. The flowers, yellow-greenish, are gathered in cobwebs. It flowers in May-August. The fruits are red-brown drupe; They are poisonous if consumed fresh.
The color of the apple is an intense purple and has an agro flavor, similar to that of the grated lemon peel.
There are two different types of summation: Middle Eastern Rhus coriaria, known as Sicilian summation, and North American Rhus aromatic. In total there are over two hundred and fifty known species and some of them are poisonous! Therefore, be careful not to confuse them; Never use culinary endings for ornamental use.

Methods of Preparation –
Summation, as it is said, is widely used in Arabic cuisine (the name comes from Arabic summāq) and Middle Eastern, particularly Lebanese and Kurdish; In Turkey is added to hummus both to enrich the aroma and to mere decorative purpose. It is added to fish and meat dishes, mixed with sliced ​​onions and even in the preparation of some drinks. The fruits can also be used fresh: they are broken and kept soaked in water for about a quarter of an hour, then the juice will be extracted from the vegetables; Alternatively they are cooked in water to create a kind of thick sauce that is always used with vegetables. Bride well with lentils and chicken.
It is slightly sweet in flavor and can be taken in water like a tea or matched with foods.
Here we propose the recipe for a soup where the use of this spice is well-suited to so many beneficial properties.
The recipe is that of Soup at Summation:
Ingredients for 4 people
A bunch of beets;
2 carrots;
an onion;
A leek;
An eggplant (if seasoned);
Powder, cumin, ginger, cinnamon;
shelled walnuts;
extra virgin olive oil;
Salt and Pepper To Taste..
Grate the onion with oil and all the spices in a pan. Then combine the leeks and carrots after cleaning them and sliced ​​them with washers, the eggplant after cutting it to dabs and peeling off the peel, the beets, and boiling them with water. As soon as the soup is well cooked, pour it warm in the dishes and season with coarse chopped nuts and a crude oil. Accompanied with toasted croutons.
You can pick up recipes from ethnic cuisine to experience new flavors, but it is important not to overdo it with natural remedies because the doses can create several problems, as mentioned above, and ask your doctor for advice.
Among the preparations for therapeutic use we mention one: Recipe of the decoction of summation.
Needed: 15 grams of dry plant (to be purchased strictly in herbal medicine if you are not in a position to distinguish the various species) in a liter of water. Boil for five minutes, let cool and filter. Drink two cups a day at most.
The mother’s dye and the dried bark can also be found on the market. Recall that for dosages and dosage it is best to always consult a doctor.