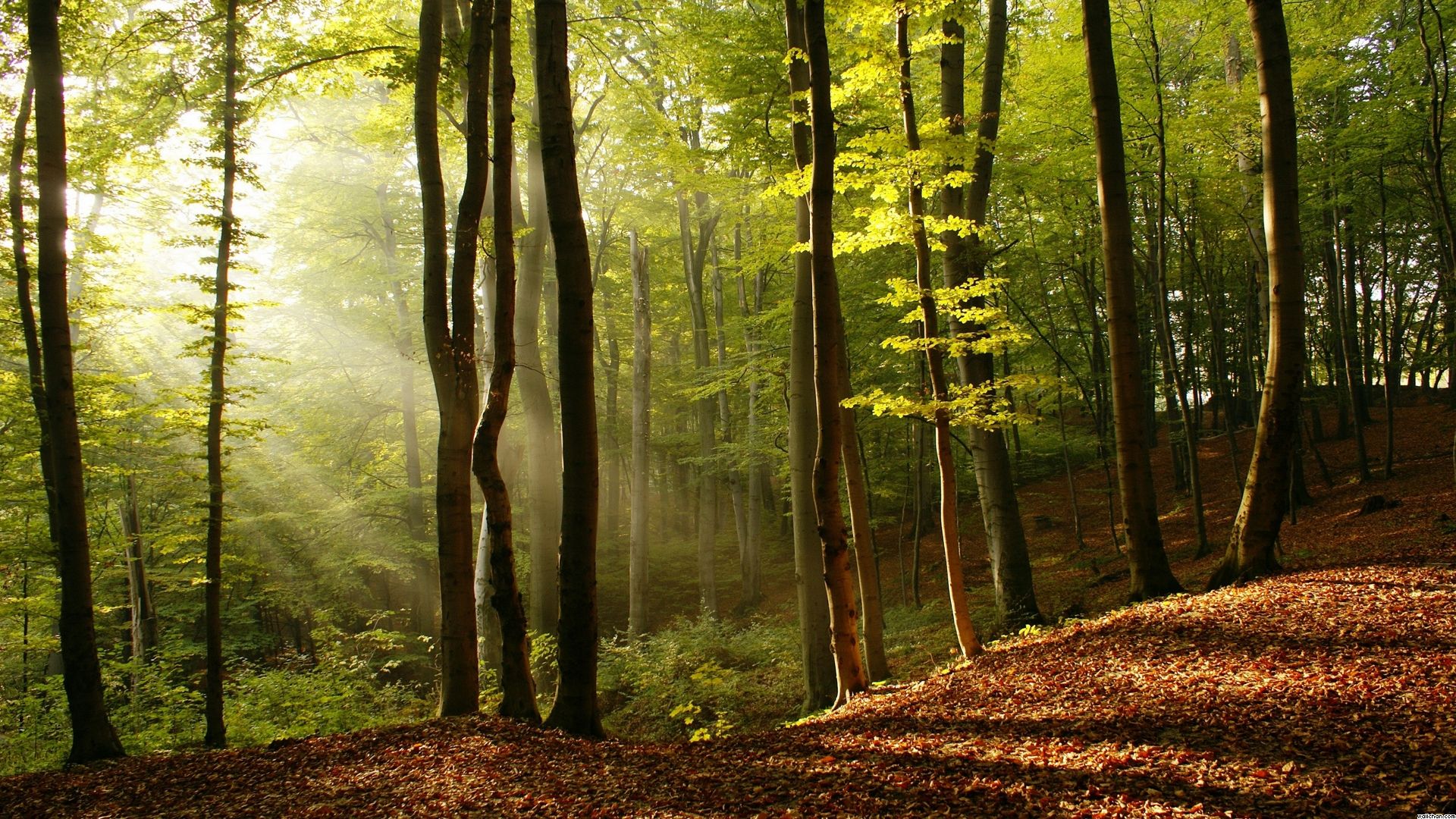 Deciduous Forest is an forest composed by deciduous plants or caducous trees, that is to say characterized by a seasonal cycle that foresees the loss of all the leaves at the beginning of the cold season and the renovation of the foliage at the beginning of the warm season, are diffused in the humid regions of the moderate belt, in which a hot season alternates with cold winters and the precipitations, of both rain and snow, are present during the whole year.
Deciduous trees, bushes and woody climbers, both at the tropics and at mid-latitudes, lose their leaves during the period of drought, which corresponds to winter in the moderate zone. In the regions with very harsh winters, in which the soil freezes, the roots of the trees are not able to absorb water. In spring, the soil of the forest is covered with flowers, thanks to the light of the sun that succeeds in penetrating between the branches of trees and bushes, before these are once more covered by leaves which prevent the heating of the soil.

At the end of the long season in which the growth and the reproduction of the plants occurs, the change in the colour of their leaves signals that they are preparing for winter. During the cold season, the forest has a bare and desolate aspect, interrupted only by the presence of some evergreen species. In the coldest regions, proceeding towards the forests of conifers of the North, the landscape is dominated by forests of transition, in which deciduous and evergreen species co-exist. The moderate deciduous forests are primarily diffused in the northern hemisphere, in which three principal belts can be distinguished.
In Europe, the area of deciduous and mixed forests extends from the British Islands to France and the whole of central and eastern Europe, up to the Ural mountains; in eastern Asia, it is diffused in the far east of Russia, in Manchuria, Korea and Japan; in northern America, it occupies a large part of the area between the Great Lakes, the Atlantic ocean and the gulf of Mexico to the south. Although separated by thousands of kilometres, these deciduous forests are very similar, not only in their aspect, but also for the kinds of plants that constitute it : birch trees, hornbeams, alders, beech trees, oaks, chestnut trees, lime trees, elms, walnut-trees, maples and ashes. The long colonization of these woody regions by man, especially in Eurasia, has reduced these forests to highly limited areas; in some areas of western Europe, deforestation has favoured the development of vast treeless heaths.