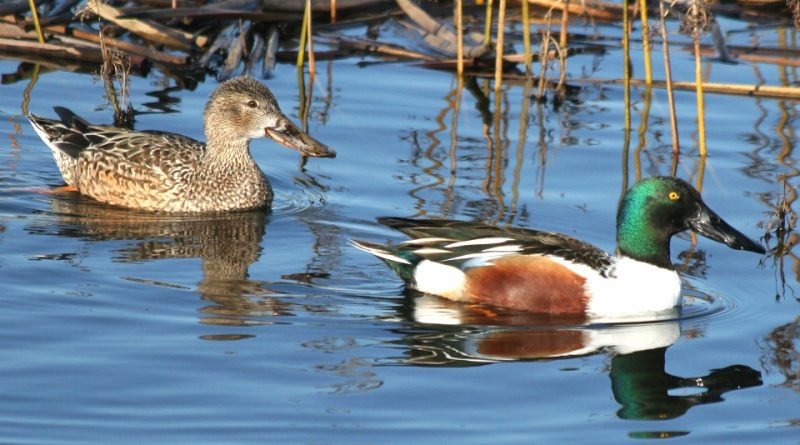 The common shoveler (Spatula clypeata Linnaeus, 1758) is a bird belonging to the Anatidae family.

Geographic Distribution and Habitat –
The common shoveler widespread in Europe and Asia and in most of North America. It breeds in northern and central-eastern Europe, in central and northern Asia and in North America, where it is concentrated in the central and western areas of the United States and Canada.
Its habitat is that of open aquatic regions, open woods, prairies, flat areas, with low and not very extensive water, in which there are no trees on the edge, nor dense forests, but surrounded by reeds, lake grasses and reeds, which constitute the ideal vegetation, as they represent a large food reserve. 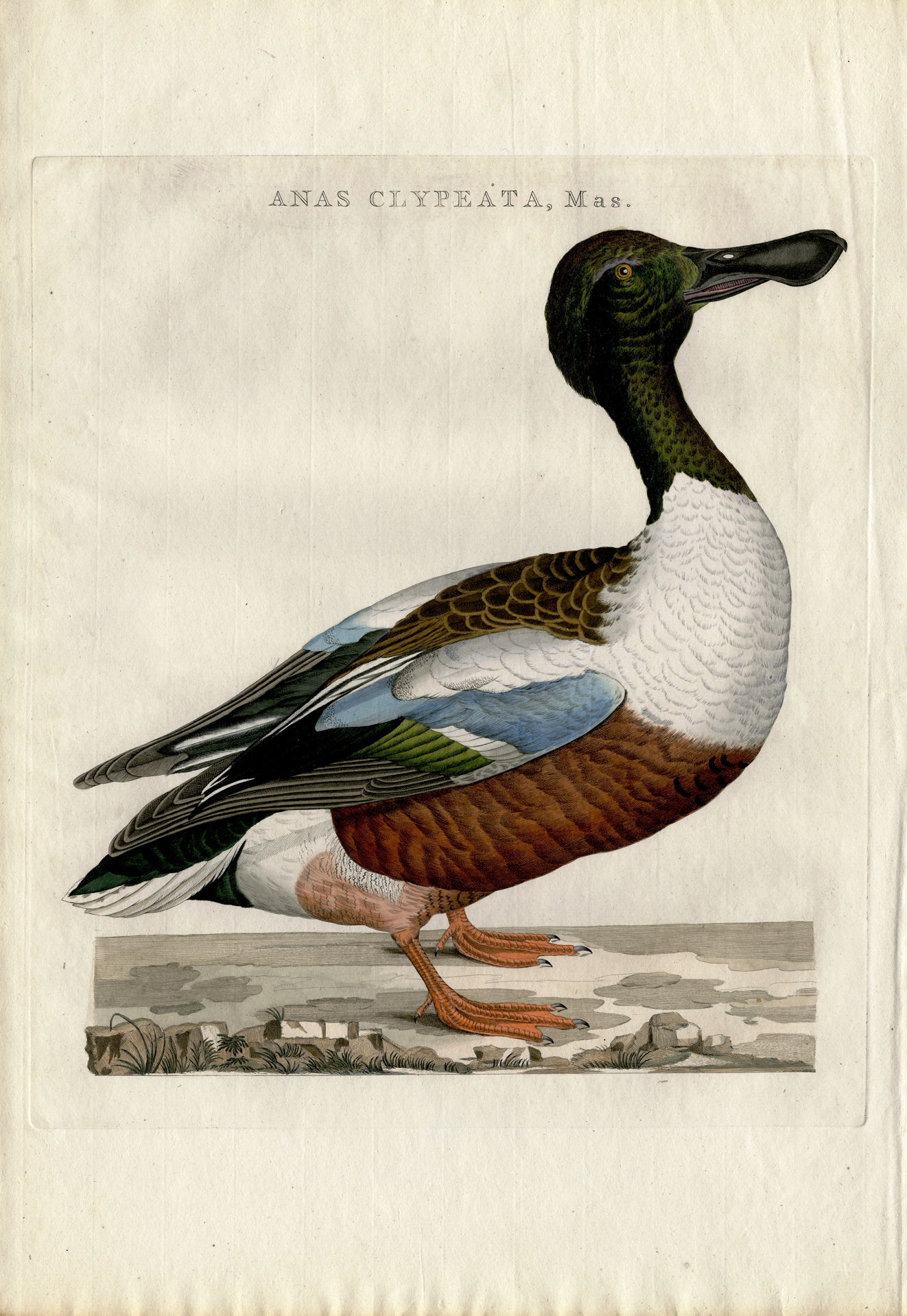 Description –
The Spatula clypeata is recognized for having a length of 43-50 cm, with a wingspan of 68-82 cm and an average weight of 560-670 grams, and an evident sexual dimorphism.
It is unmistakable for its large beak with a flat and widened end.
The adult male in wedding dress has a dark green head with metallic reflections and a yellow eye, black beak, blackish upper parts with white feather edging and blue wing coverts, white breast, reddish-red hips and belly that change to white. and then to the black of the undertail forming a unique set of contrasts and colors. The female and juveniles are brown in color and have a black and orange beak. Both the male and the female have orange legs and there is a metallic green wing mirror edged in white, clearly visible in flight. The male in eclipse plumage resembles the female, but with brighter hue wings.
It is a fairly silent species with the male emitting an awkward call, while the female emits a quack similar to that of the mallard.

Biology –
The reproduction of Spatula clypeata begins with the formation of pairs that occurs during the winter.
This species nests near the water with the nest which is a low depression on the ground and which is covered with plant material and down.
Here the female lays from 8 to 12 eggs which are hatched by the same from 22 to 24 days; small ducklings take about 40-49 days to become self-sufficient.

Ecological Role –
The common shoveler is a surface species and is strictly migratory and overwinters much further south of its nesting range. It is not as gregarious as other surface ducks outside the nesting season and tends to form only small flocks.
This bird has a particular spoon shape of the beak, provided, among other things, with bristles along the upper and lower inner edge, which allow it to filter the water, often moving its beak from one side to the other; in this way it can feed on plankton but also on small molluscs and insects; its diet also consists of aquatic plants.
It is a species that is threatened, according to the IUCN Red List, for the transformation of the nesting and feeding habitat.
It is also one of the species protected by the Agreement on the Conservation of African-Eurasian Migratory Waterbirds (AEWA).